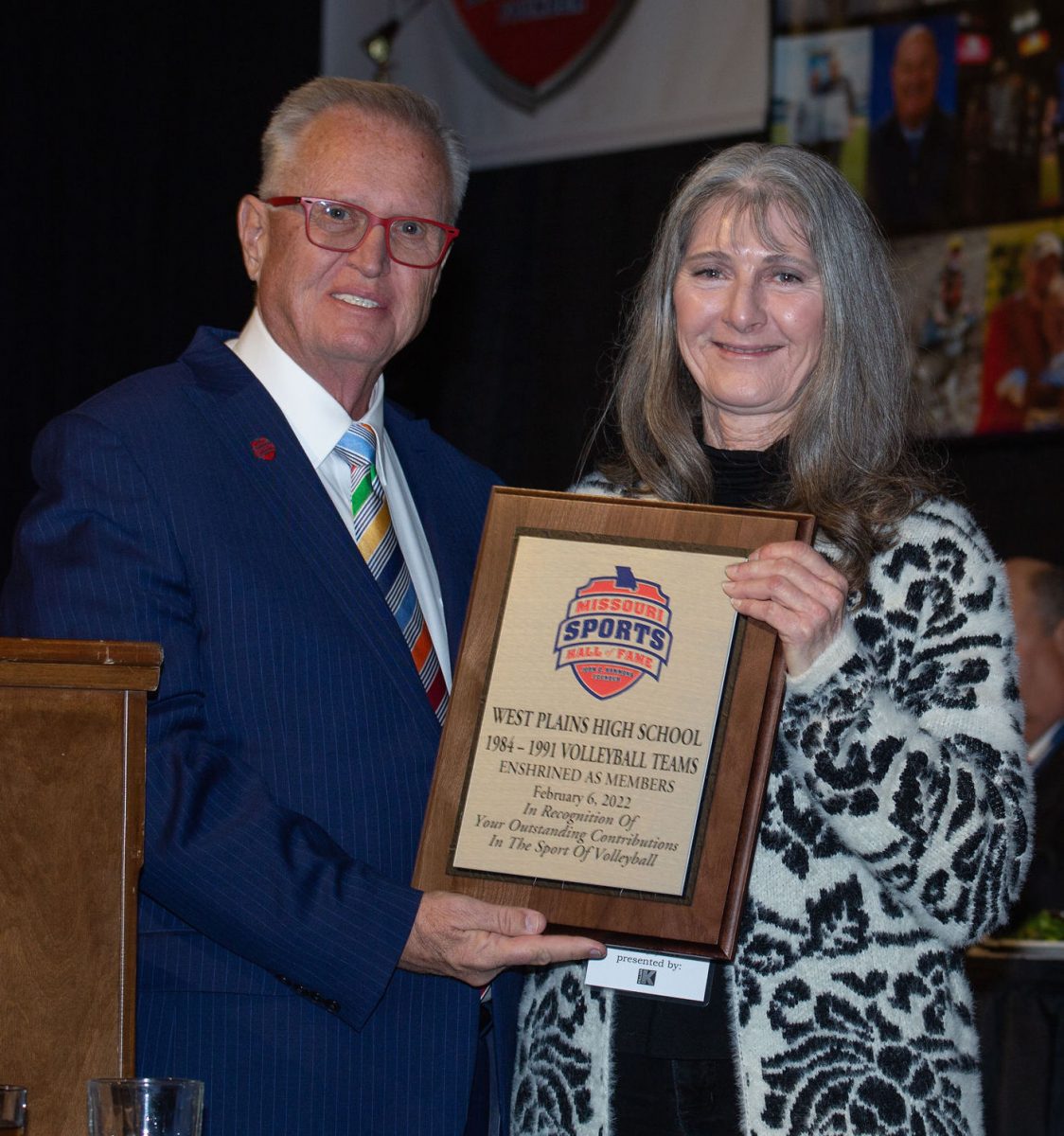 The Class of 2022 Missouri Sports Hall of Fame Inductees were honored during a reception and program on Sunday, February 6, at Ozark Empire Fairgrounds in Springfield. This year’s class included the 1984-1991 West Plains High School Volleyball Era; the Zizzers were coached by Trish Kissiar-Knight, of Licking, during that time.

Over the eight year span, Kissiar-Knight’s teams reached six Final Fours and two other state quarterfinals in Class 4, which was the highest classification at the time. Four consecutive state championships were won by the Zizzers from 1984-1987, and they placed third in 1990 and 1991. Several players earned All-State honors and a number went on to become high school head coaches.