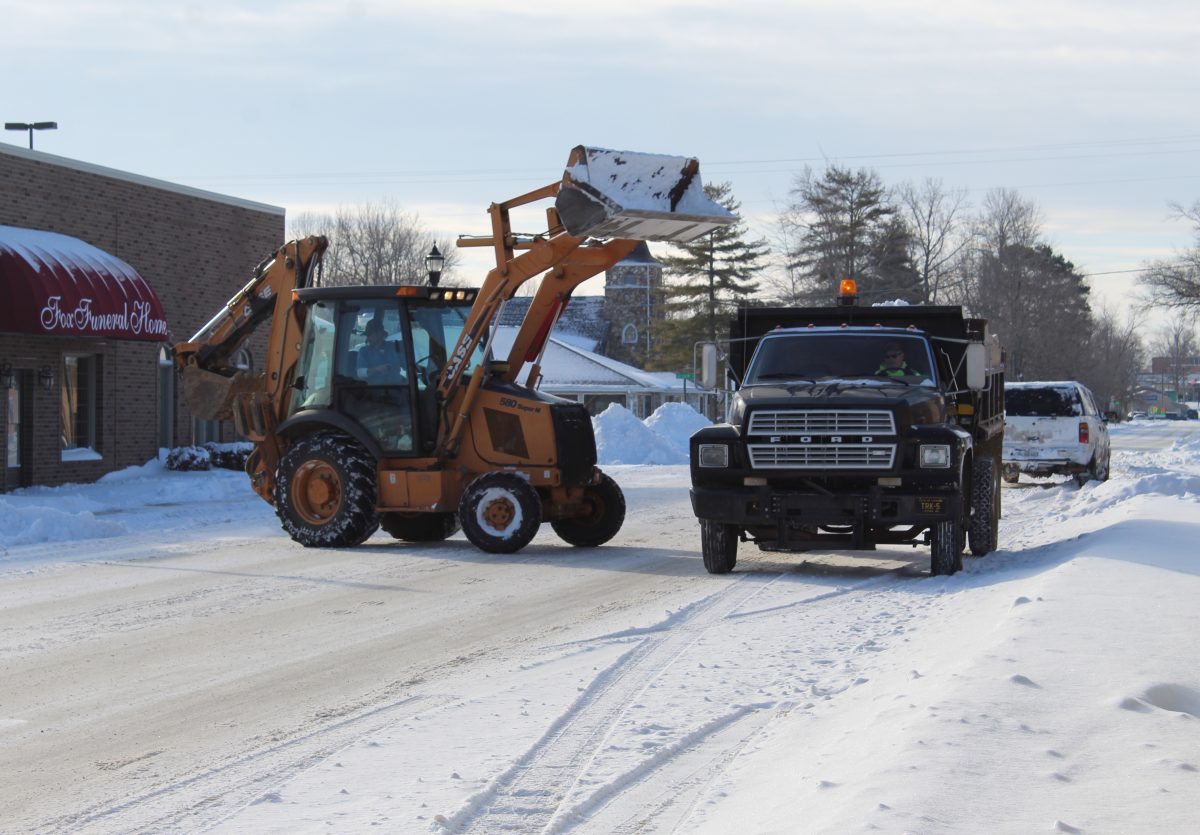 The second of the area’s winter storms hit with a vengeance less than a month after the first. Winter storm Landon was widespread, from Texas to the Northeast, enveloping the entire region. A barrage of sleet and freezing rain began on Wednesday, layering an icy mix underneath the continuous snow that followed that day and throughout Thursday. Accumulations varied throughout the area, and with the continuous drifting were at best hard to discern, but 6 – 9 inches seemed to be a fair assessment. Snowdrifts were upwards of 12-inches or more.

School was dismissed Wednesday through the following Tuesday; area businesses either did not open or closed early due to the treacherous driving conditions and bitter cold Wednesday through Friday. Fortunately due to timely announcements and warnings, people were prepared and for the most part stayed at home. 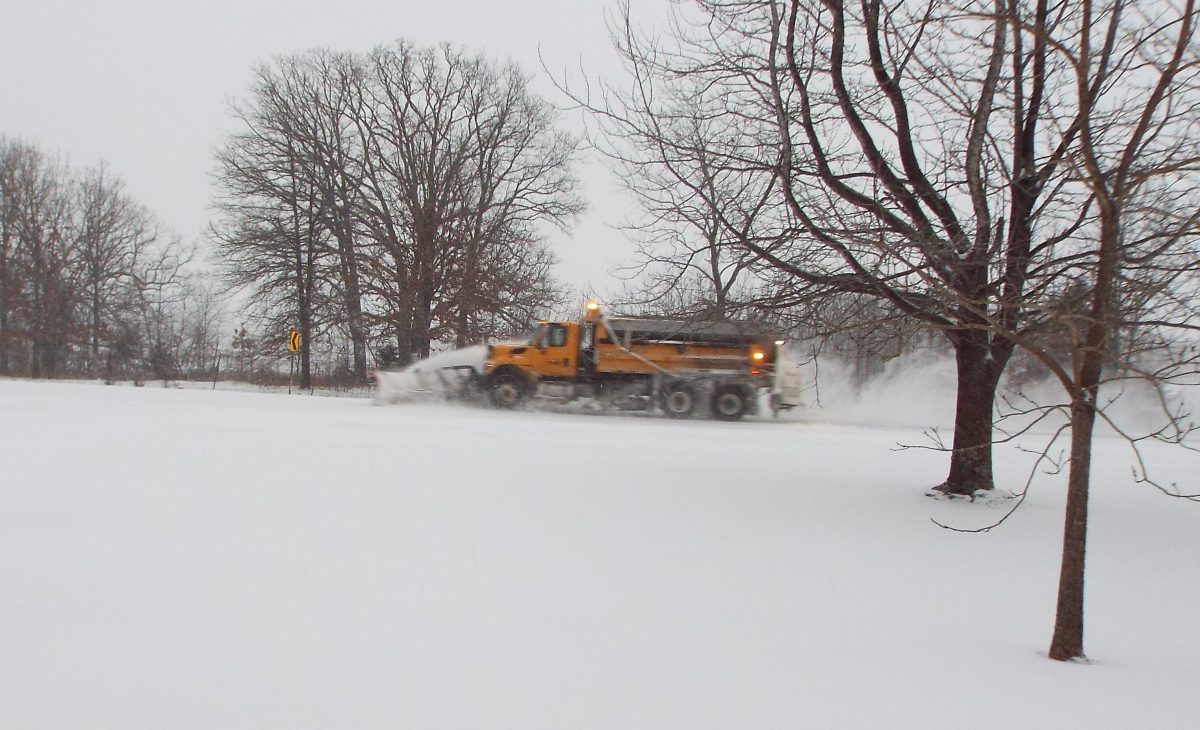 Photo by Christy Porter
Removal became a high priority as trucks began the process of blading and salting the highways and main thoroughfares.