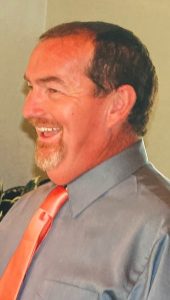 On August 27, 1977, he was united in marriage to Glenda Gaye Ullery in Lee’s Summit.

Ralph was a Master Carpenter and had an amazing ability to build masterpieces. He owned and operated the Prier Construction Company, Inc., specializing in custom home construction throughout the Kansas City metro area. He was an active supporter of the National Rifle Association (NRA), National Hot Rod Association (NHRA) and the Missouri Department of Conservation. Ralph enjoyed anything outdoors including canoeing, hunting, fishing and was an avid gun collector. He enjoyed going to the drag races and tractor pulls, tinkering on old cars, woodworking, building barns and working on his farm property. He never sat still and always had a “Prier Project”. More than anything he loved spending time with his family, especially his grandchildren.

Ralph was preceded in death by his parents and four infant grandchildren.

Funeral services will be held 10:30 a.m. Saturday, February 19, 2022, at the funeral home. Interment will be in the Staley Mound Cemetery, near Pleasant Hill.

Memorial contributions are suggested to the Missouri Department of Conservation and may be sent in care of the funeral home.

Online condolences may be sent to the family at http://www.stanleyedenburn.com.