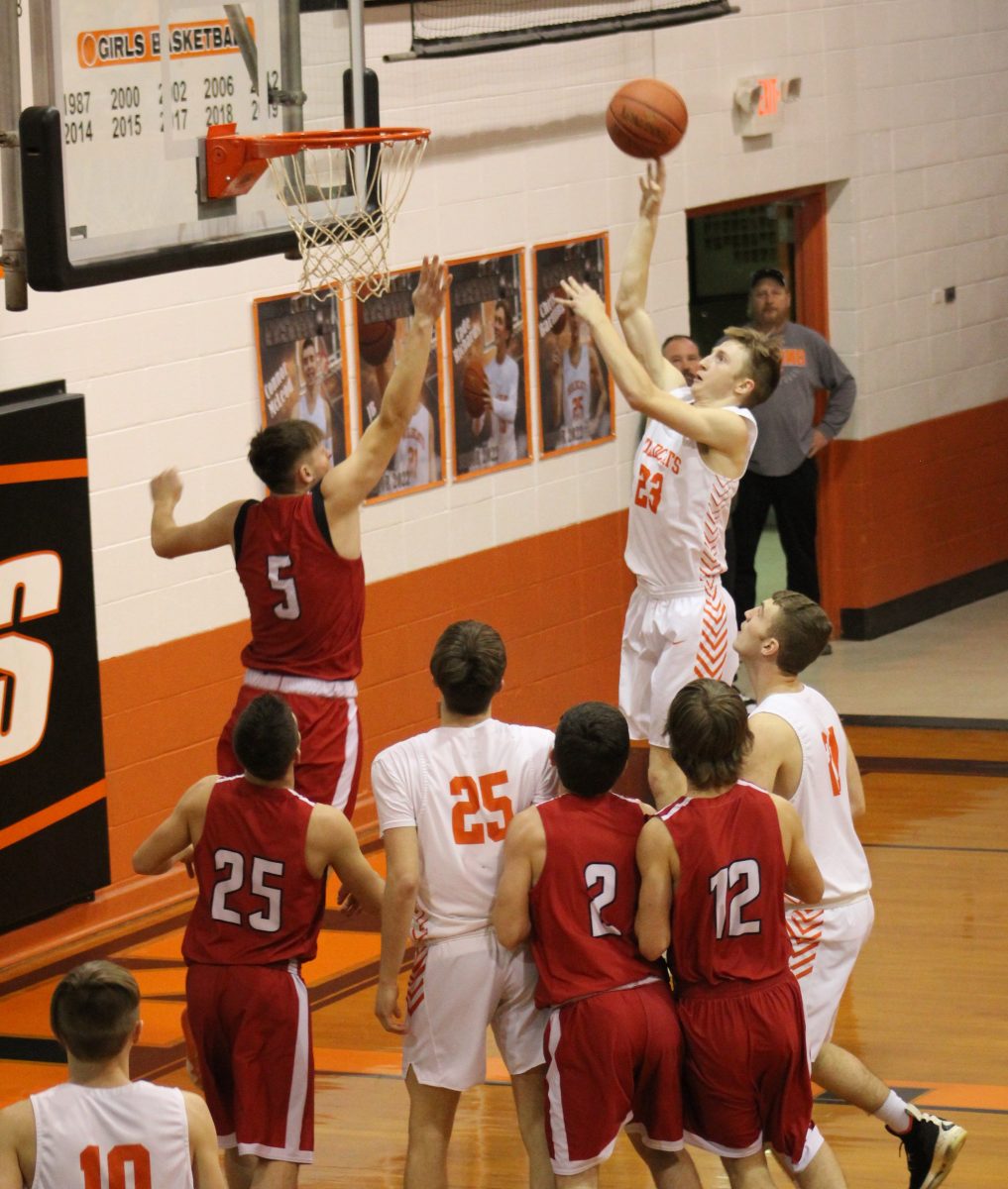 Photo by Shari Harris
Keyton Cook shoots in the first quarter of the Dixon game.

Licking started their week with a Tuesday night game against Newburg. The Wildcats turned a 36-14 half-time lead into a 74-45 victory over the Wolves.

“We had a great second quarter. Our defense held them to 2 points, and we were able to push the ball to help extend our lead. It was a nice team effort tonight with 11 different guys scoring and 9 different guys getting a rebound. It was a lot of fun, be we tried to stay fresh since we play tomorrow night.” – Coach Mike Phillips

Dixon came to town to face the Wildcats after the Lady ‘Cats varsity game against Stoutland Wednesday night. It was a tight contest, with Licking leading 19-14 after one, but falling behind by 3 points, 28-31, at the half. The Bulldogs’ second half 23 points was nearly matched by Licking’s 22, to leave the Wildcats on the low end of the 50-54 score.

“We started off running exactly what we wanted offensively, but not defensively. We did a better job in the second half of guarding their shooters, but we still couldn’t find five guys who could combine to play the defense we wanted. We missed a couple of big free throws late, but the turnovers and fouls in the second quarter were just as important. Hopefully, we will learn the importance of every possession and make a run at some teams here in the last couple of weeks.” – Coach Mike Phillips

Junior Varsity ran away with the game against the JV Bulldogs, with a 75-42 final score. The JV ‘Cats led 27-11 after one, and 47-19 at the half. The second half followed suit as the JV ‘Cats were too much for the JV Bulldogs.

“We took a different approach and tried to really play slow and turn it into a jump shooting game. For the first three quarters we did a pretty good job, but when they pulled it out and we were down, we had to speed things back up. They are real athletic so we couldn’t do what we normally do and we just couldn’t hit a shot when we needed to. I’m proud of our guys being able to make the adjustment lately to turn games into fewer possessions and still be able to compete with some good teams. We will be able to speed things up next week with our games against Plato to finish up the regular season and against Liberty to start off Districts.” – Coach Mike Phillips

The JV Wildcats improved to 15-3 with a 70-30 thumping of the Richland Bears.