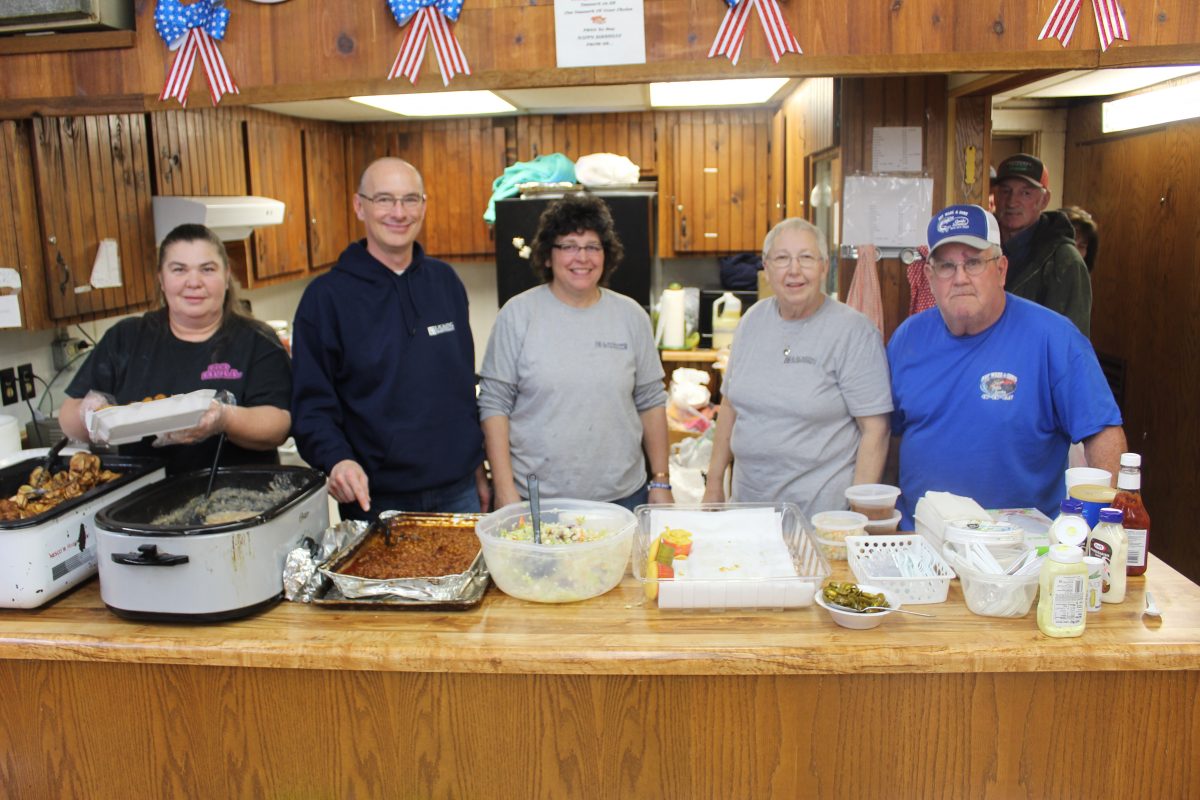 Photo by Shari Harris
Some of the volunteers who donated their time and effort to raise money for the mill repairs included, from left, Veronica Stoner, Conway Hawn, Suzie Blackburn, Joan Brannam and Paul Wade.

Licking Downtown Inc. hosted a fish fry and auction fundraiser Saturday to benefit repairs and painting of the Licking Mill. Generous donations by community members (current and former) of money, time, food, music and auction items made the evening a grand success. 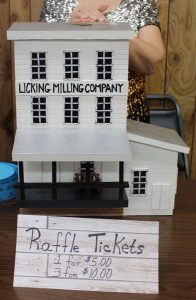 Photo by Shari Harris
This detailed Licking Mill replica birdhouse is being raffled for the next one to two months at the Rock House Vintage Market to help with mill upkeep.

The generosity of the community was appreciated by members of the Licking Milling Company Society and Licking Downtown Inc. Multiple fundraising events are held annually for general maintenance of the historic mill, but occasional large scale projects are required to keep the building preserved, like replacing rotting boards and painting. The skyrocketing cost of lumber ate through previous funds quickly, leaving an insufficient amount to finish the project, thus the need for this fundraising event.

Licking Downtown Inc. and the Licking Milling Company Society would like to sincerely thank everyone who contributed to the success of the event.