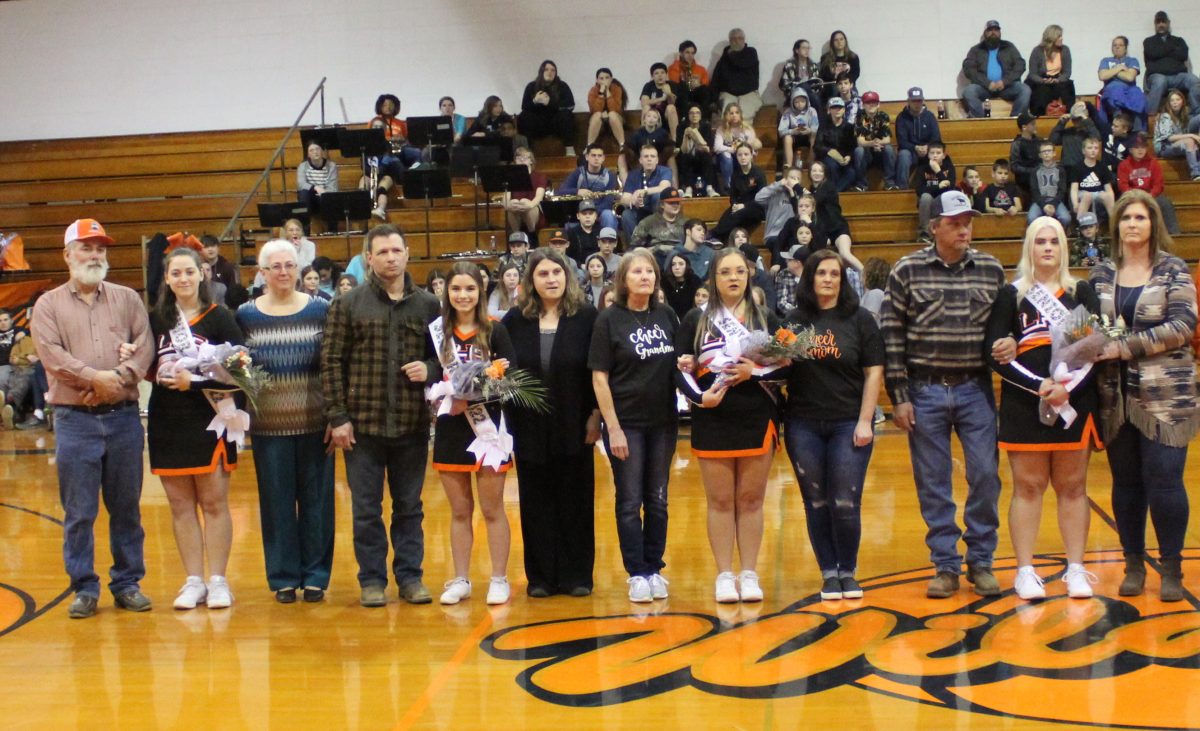 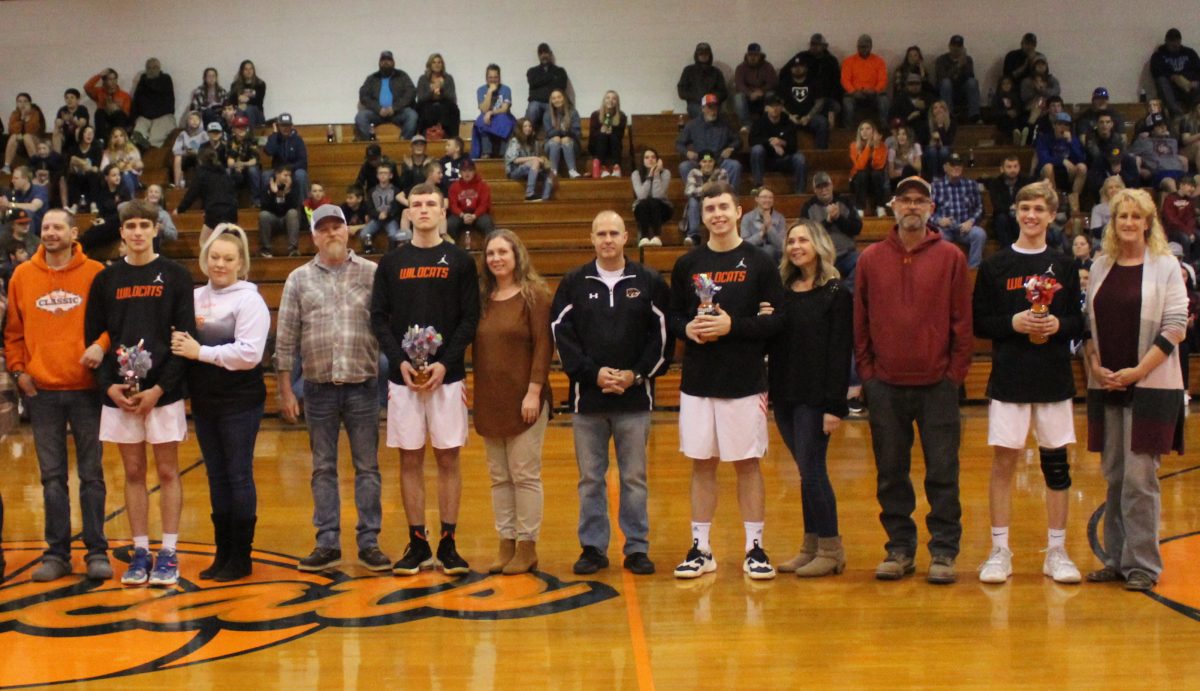 Senior cheerleaders were recognized first and began with Autumn Grover, daughter of Byron and Lori Grover. She is also involved in Lady ‘Cat Cross Country and Track, FBLA, Science Club, NHS and Game Club. She plans to attend College of the Ozarks and become a teacher.

Regan Miller is the daughter of Melissa Miller and was also escorted by her grandmother, Barb Tripp. She also participates in FCCLA and FFA. She plans to attend MSU-WP to study early childhood education.

Megan Rodgers is the daughter of Jimmy and Barbara Rodgers. She is FFA student advisor and is a member of HOSA. She plans to attend ECC to become a Radiology Technician.

Senior basketball players started with Chris Bartling, son of Brian and Shanna Bartling. He is also a member of FCCLA and Pep Club. He plans to attend MSU-WP or Westminster University to study sports medicine.

JB Huff is the son of Tony and Christy Huff. His other activities include Wildcat Track and Cross Country, and FCCLA. He leaves for basic training on May 31 for the National Guard. He plans to attend college after that.

Connor McLeod is the son of Mark and Shannon McLeod. He also participates in Wildcat Golf, Game Club and E-Sports. He leaves for Army boot camp at Fort Sill, Okla., on May 31. He then plans to attend college for a cyber degree.

Cade Richards is the son of Brad and Lesly Richards. He is also involved in Wildcat Track, FBLA, FCA and Science Club. He plans to attend College of the Ozarks to study wildlife and construction management.

Senior night doubled as the Eden Bisker Memorial Cancer Awareness game, as Licking hosted Plato. The Bisker family was presented with a gift basket and two basketball jerseys in memory of Eden, as this would have been her senior year.

The junior varsity Wildcats started the evening with a 69-37 win over the Plato Eagles.

After the Senior Night festivities, the varsity teams took the floor. Licking pulled ahead for a 50-35 half-time lead, which the Eagles were never able to overcome. The Wildcats kept the traveling trophy for another year, and this year it is accompanied by another traveling trophy from the girls’ contest held earlier in the season, and also won by Licking. It was presented to the Lady ‘Cats between games.

“We were able to jump out to a great pace and force them to play our style in the first half. We scored 50 points by halftime, and we knew as long as we kept up that pace we would be in good shape. It was senior night and I’m glad the seniors were able to start their last home game and get a round of applause when they all came out together, late in the game. Hopefully we gave them some great memories to reflect on when they get older.” – Coach Mike Phillips