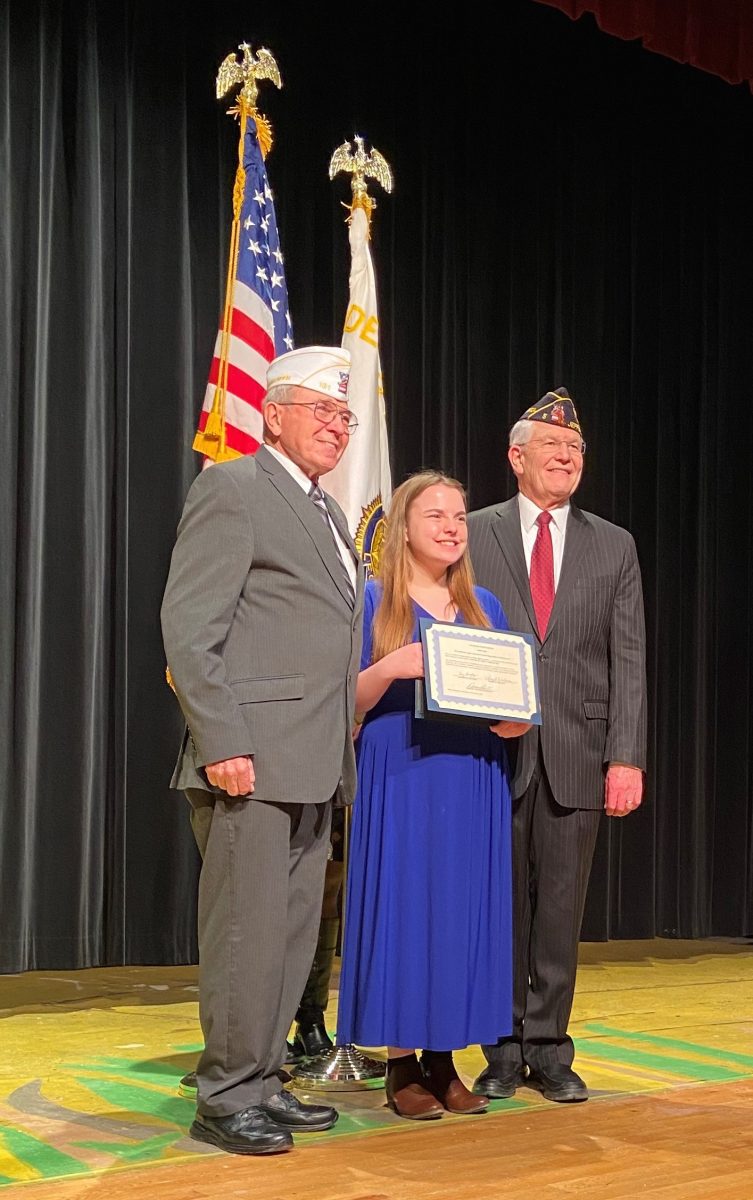 The Department, during the school year, again sponsored an Oratorical Contest for high school students in Missouri. The purpose of the contest is to develop knowledge and appreciation of the United States Constitution, the ability to think, speak clearly and critically, and the acceptance of the duties, responsibilities, rights and privileges of American citizenship. The contest meets guidelines of the Missouri State High School Activities Association and appears in the Advisory List of Contests and Activities of the National Association of Secondary School Principals. The Legion contest is a partner with the National Speech & Debate Association, the honor society for high-school students.

After competing in County, District, and Zone competition, Sami Hall, a sophomore student at Licking High School, placed State first runner-up this year and was awarded a silver medal and a $2500 scholarship. Sami, sponsored by the American Legion Post #41 in Houston, will be able to compete two more years in the contest.