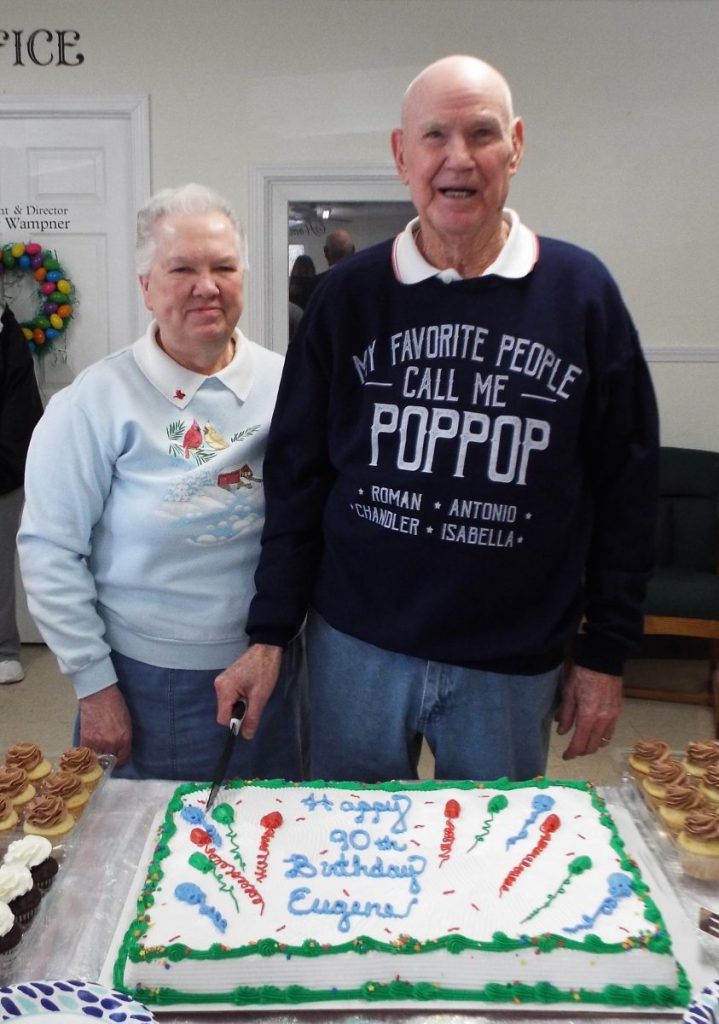 Photo by Christy Porter
Family and friends joined with Lemond “Eugene” Maxey and wife, Lillian, to celebrate his 90th birthday on Saturday. His actual birthday is recorded as March 1, although he was possibly a leap year baby. Among the approximately 100 attendees were the couple’s son, daughter, three grandchildren and four great-grandchildren, numerous previous students and friends. While he shared many memories, those in attendance shared too, “A memory to keep…” and added them to a Memory Jar; there were also gifts, cards, Reese’s and a signature quilt was begun as a future treasure. All, including Eugene, enjoyed several hours of fellowship, Maxey trivia, cake, treats and beverages.