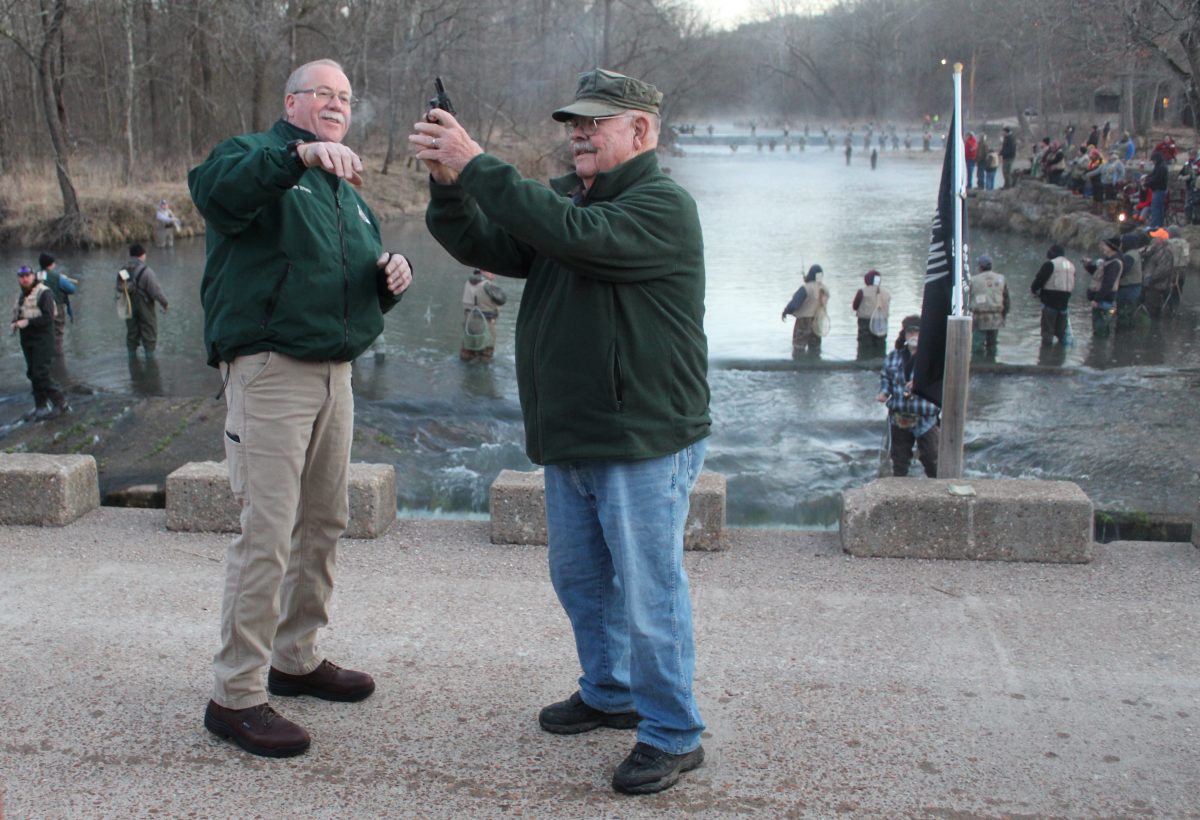 A typical chilly cold morning for early March did not deter those eager to participate in the annual Trout Season opening day event at Montauk State Park on Tuesday, March 1. Fishermen lined the shores and stood in the stream, awaiting the horn and firing of the starter pistol. Don Stokes had the honor of firing the ceremonial shot, befitting a retired guide who taught hundreds of guests to fly fish.

Jim Thompson, of Park Hills, brought the first lunker to the scales, a 3-pound rainbow. Thirteen-year-old Myles Moesner, of Oakville, traveled two hours to the park for opening day, and brought in his first lunker, a 3-pound, 7-ounce rainbow trout.

By 7:15 a.m., less than an hour into the new season, 1,277 adult tags and 145 youth tags had been sold. Another successful opening day promises another great year at Montauk State Park.