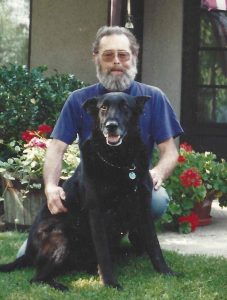 Jim was proud to serve in the United States Marine Corps. During his service, he was a “Radio Man” at Camp Pendleton, Calif. He grew fond of airplanes and began skydiving while in the Marines and continued to 1,180 jumps before retiring. He loved German Shepherds and had 10 in his lifetime. Jim was also known to be a master carpenter, gardener, marksman, and a solid friend. He loved camping, fishing, forestry, boating and skiing.

Jim was a wonderful brother to four sisters, Jana, Kathy, Terry and Julie.

Per Jim’s wishes, his ashes will be quietly spread on his land with the remainder buried in a family plot in Champaign, Ill. Please simply honor him by supporting what he considered his most sacred duty towards the earth, to tend the trees. He believed in and supported the Missouri Forestkeepers Network at https://moreleaf.org/give/donate/. Online condolences may be left at www.foxfh.net.