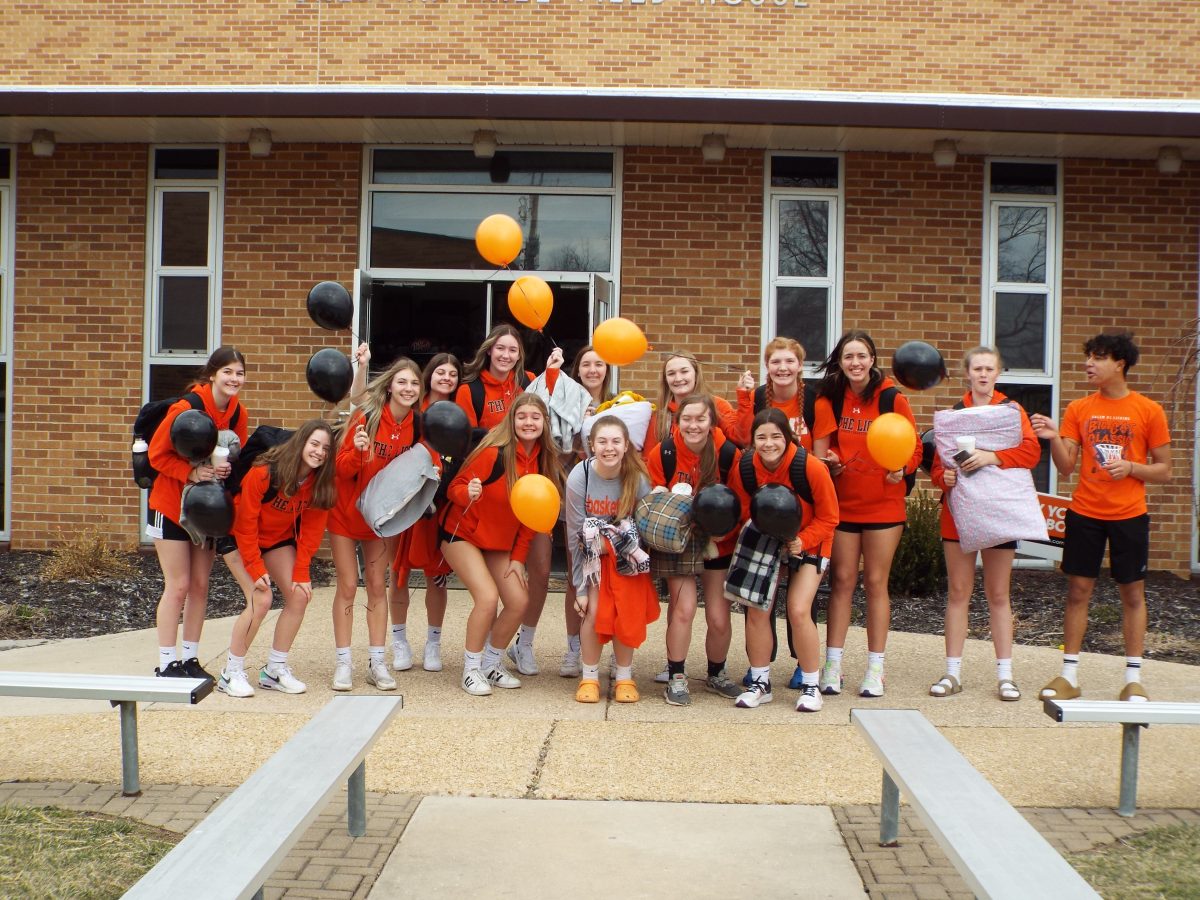 Photo by Christy Porter
The Lady ‘Cats eagerly head off to their Quarterfinal game in Bolivar. 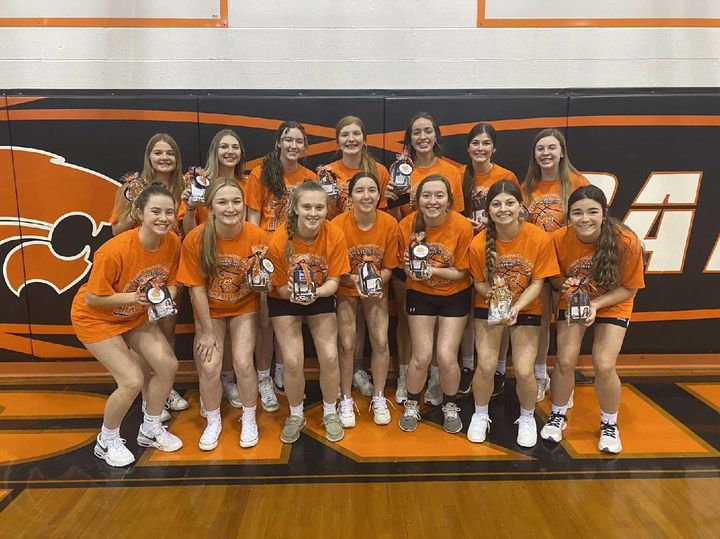 Photo submitted
The Lady ‘Cats pose for a team photo, and are Bolivar bound.

I believe most in attendance at the Quarterfinal game in Bolivar on Saturday, March 5, would say they witnessed a Final Four game. Before District play, Licking and Strafford were both nestled in the top 4 State ranking in Class 3 Girls Basketball. The game had both teams leaving it all out there on the court (blood, sweat and tears, quite literally).

The first quarter ended in an 8-8 deadlock, with the Lady Wildcats and the Lady Indians showcasing their abilities. Both continued their tough-nosed defense in the second quarter, but the Lady ‘Cats put up points early to keep a lead throughout the quarter, even though Strafford got to within one to go into halftime 27-26.

The Lady ‘Cats lost a key player to an injury in the third, senior point guard and four-year starter Kylie Taylor. Our Lady ‘Cats handled this with maturity like no other team out there. The beginning of the third saw Strafford make a two-point shot, but then become stale, as Licking pulled ahead by four with just under 54 seconds left. As the final third quarter seconds clocked down, Strafford gained another five points to make the score 33-32 in their favor.

Going into the fourth, Strafford popped off a 3, but Licking answered with a few foul shots to keep them ever so close – like a Downy dryer sheet. With just over 4 minutes on the clock, Strafford made it a 6-point lead (41-35). Licking held Strafford at 41 for almost 3 minutes while putting up baskets to pull within two, 41-39 (with 1:16 left), which gave everyone that on-the-edge-of-your-seat, angst ridden, test day feeling. As the time clock ever so slowly decreased, the Indians played keep-away and forced us to foul. They were stealthy on their free throws, and even though we made a valiant effort to thwart their reign of wins by continuing to play hard and attack the basket until the very end, the Licking Lady Wildcats ended their season with a 43-51 loss to the Strafford Indians.

It was a tough loss, because frankly, we shouldn’t have had to play them until making it to the Final Four. But, until MSHSAA changes up some things, the southwest Missouri teams will continue to dominate and knock each other out before the State Finals. I’m really stinkin’ proud of our Licking Lady Wildcats! They played hard and have absolutely nothing to hang their heads about. Here’s to Kiley Ingram, Kylie Taylor (our two, awesome seniors), and our underclassmen; Abbie Sullins, Kaida Cook, Emma Taber, Hannah Medlock, Finley Sullins, Linzie Wallace, Zoey Dawson, Allie Hock, Kinley Keaton, Josie Wells, Ryleigh Barton, and Halee Clayton, I see great things happening with you all for the next season(s). Coaches Rissler and Moncrief have already started the process.

On an endnote – I’ve thoroughly enjoyed watching you all this season, as many others have too.

Editor’s Note: Licking’s Lady Wildcats basketball team took on the Steelville Lady Cardinals Wednesday, March 2, at Gibson Arena on the campus of Missouri S&T. The Sectional game between District 10 champion Licking and District 9 champion Steelville was decided by a single point, with Licking advancing to the State Quarterfinals, 50-49.