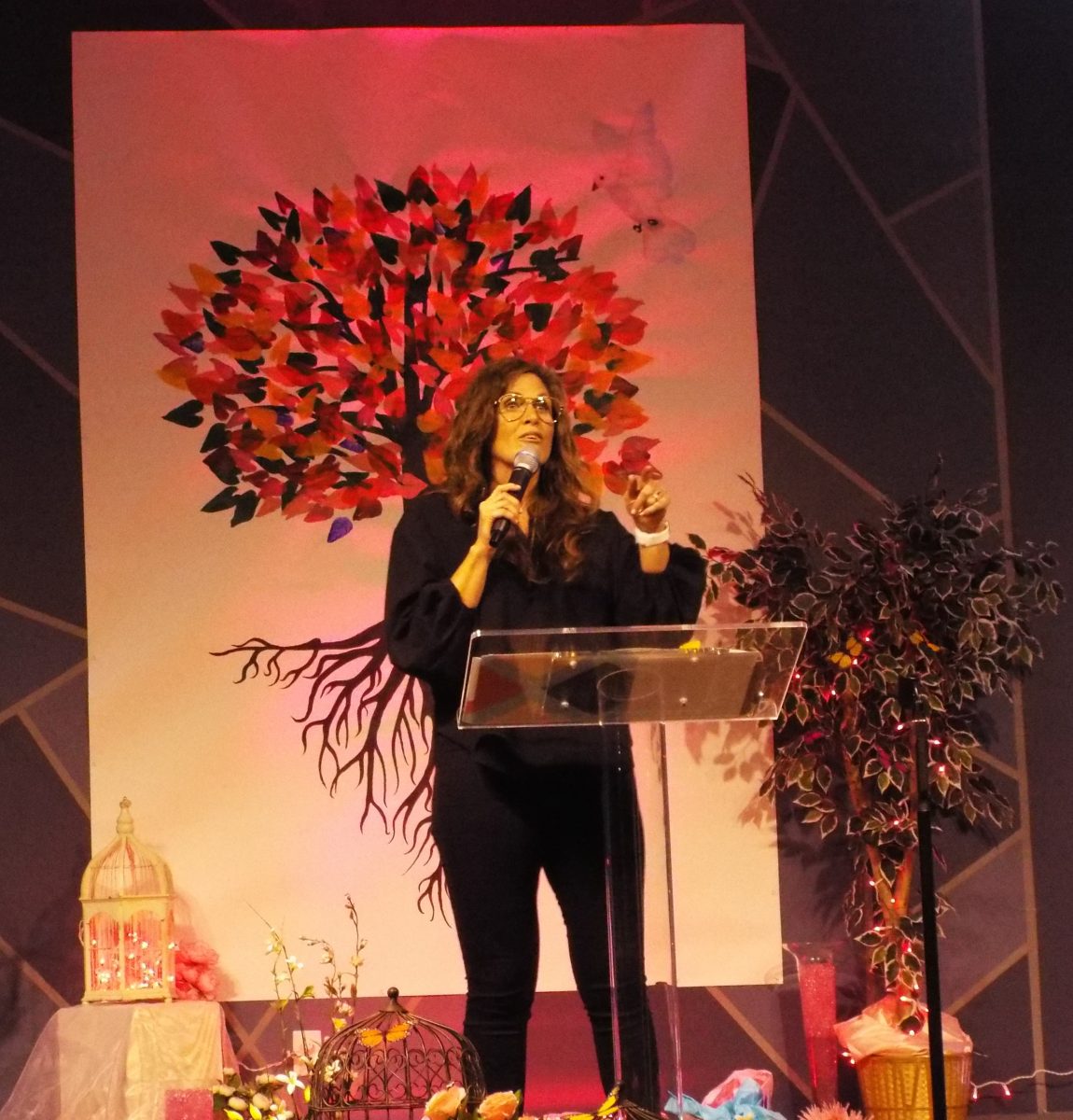 Photo by Christy Porter
Missionary Tara Anders shared a message, “Rooted in Faith,” and how it is possible to have faith that supersedes all.

The Licking Assembly of God Women’s Ministry hosted an inter-denominational, community Ladies Night Out on Friday. Approximately 150 ladies of all ages enjoyed an evening of dinner, a cooking contest, prizes, and an inspirational message by Tara Anders, a missionary with the Assembly of God World Missions.

Prayer and dinner began the evening, with attendees offered five choices of delicious soup served with bread, followed by several choices of cobblers and crisps.

A live presentation of the game “Chopped” was played. Contestants were given a minimum of food items and offered a selection of items from “The Licking Grocer” (a shopping cart) to prepare dishes in a limited time. The chefs worked quickly, and when finished, the four judges, Leslie Richards, Mia Rinne, Shelly Wiseman and Helen Warren were thoughtful. All enjoyed the camaraderie of the chefs. The winners were Team #4, Kelly Kinder and Lucretta Kinder.

Prize drawings and music were held following the competition.

Anders began her message with the scripture, “Now faith is the substance of things hoped for, the evidence of things not seen.” (Hebrews 11:1, KJV). She expanded on faith through the steps of reason, action, reality, evidence and obedience, until one becomes anchored. Anders serves in the mission field as part of a family team that includes husband Nathan and daughters Catherine and Esther Rose; their next service field will be in New Guinea.

Outreach Coordinators Larissa Satterfield, Delanie Rinne and Julie Richardson and the many volunteers made the evening uplifting and fun for the many women who attended Ladies Night Out.