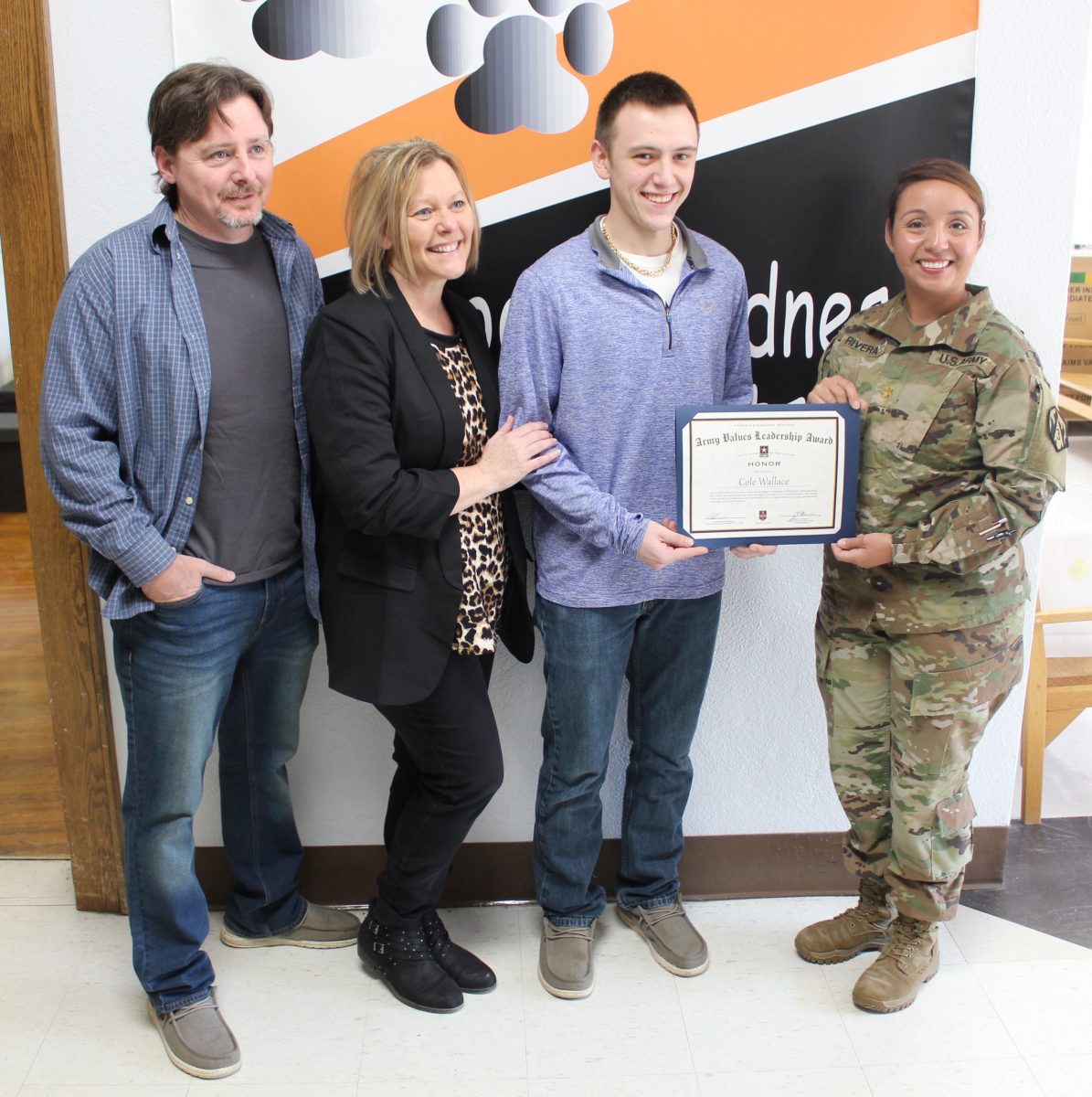 On Thursday, March 3, Cole Wallace, a junior at Licking High School, was presented the Army Value Leadership Award for the value of Honor.

His certificate reads, “Cole has demonstrated the Army Value of Honor through dedication to the teachers and students of Licking High School. Cole is a junior who handles himself with respect and integrity in the classroom. He is a great role model for other students to follow, and displays courage and service on the basketball floor and baseball diamond. He is a great representation of Licking High School and the community.”

The Army invites local schools to nominate a student in grades 7-12 who regularly demonstrate the Army value for each month, and Wallace was chosen by the administrators at Licking. Wallace’s parents, Bobby and Robin Wallace, and school administrators were on hand to watch him receive his award.

In addition to the Leadership Award, Wallace received other Army mementoes.