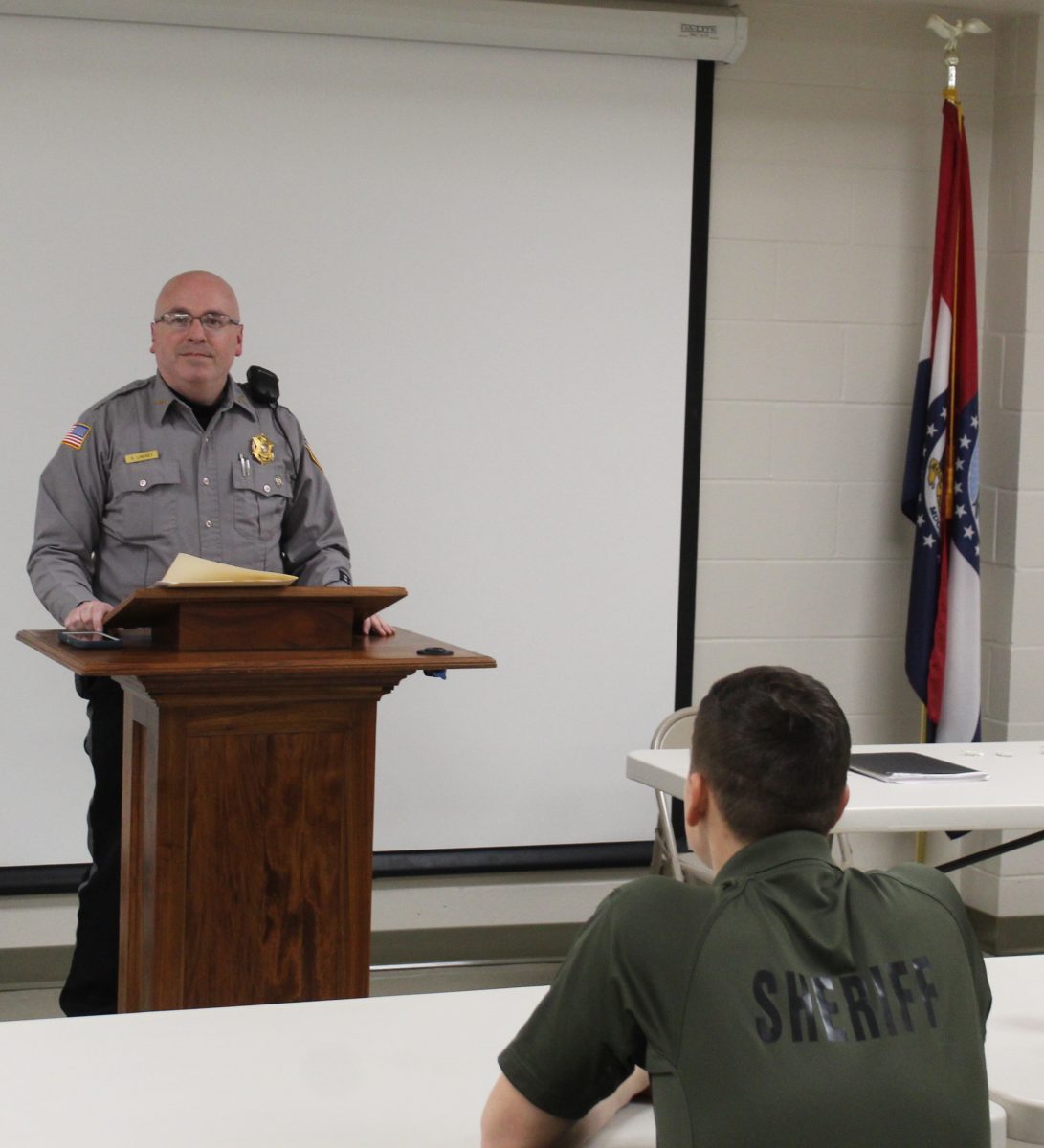 The ballot question is “Shall the County of Texas impose a countywide sales tax of three/eight of one percent for the purpose of providing additional funding for law enforcement services for the county?” It would amount to $3.75 on a $1,000 purchase, or $ .38 on a $100 purchase. The projected revenue would be between $930,000 and $1 million and would allow the starting pay for deputies to increase to $18.27 per hour and for jailers to increase to $15.00 per hour.

Lindsey listed five goals that he feels could be accomplished if the sales tax was passed.

The first goal is to attract and retain staff. The average base pay for deputies and jailers is $12 per hour. A Deputy Sheriff Supplemental Salary (DSSS) grant from the state allows the base pay to be raised to $14.42 for deputies. But this grant is not guaranteed and could end without warning.

“We risk losing all law enforcement deputies if the grant goes away,” said Lindsey.

This base pay was good in 2013 when it was set, when minimum wage was $6.68 per hour, but it is comparable to many other unskilled, entry level jobs in the area now. Furthermore, officers can expect a two to three dollar increase in base pay at the Houston Police Department and even more with the Missouri State Highway Patrol.

Lindsey reports he has lost three deputies to higher paying jobs, two leaving law enforcement. Currently nine of eleven deputy positions are filled, and there are three bailiff deputies. Turnover in jail staff is even higher, with deputies pulled from patrol in December to help out due to staffing shortages. The jail has 16 authorized positions.

The second goal is to reduce response time for calls. The tax would increase the likelihood of keeping the department fully staffed, and allow for the addition of a couple of patrol deputy positions.

Increasing follow-up on investigations by adding an investigator position is the third goal. An improvement in investigations is also something Lindsey feels will occur with the retention of staff. Time is prioritized currently, with larger cases getting the brunt of the investigative effort.

Better training for deputies and jail staff is another goal. More money would be available for training. Staying fully staffed would also allow more time for training. The sheriff’s office has become a training ground for other law enforcement agencies with better pay, making the department relatively young with limited investigation experience. Increasing pay for deputies would help retain staff and allow for an older, more experienced department to develop.

“Whenever we lose a guy with 10-12 years’ experience, we have to start from scratch. It takes time away from investigations,” explained Chief Deputy Douglas.

A final goal was for local control over policy and procedures. Grant money is relied on for the survival of the department. Federal grants often come with limiting, negative policy stipulations. The tax increase would allow the department to be more selective in which grants they seek.

The revenue collected through the tax, per Missouri Statute, could only be spent for county law enforcement operations.

Sheriff Lindsey anticipates the money will be reinjected into the community. Deputies have to live in Texas County, so spend their earnings locally. The department also strives to purchase locally whenever possible.