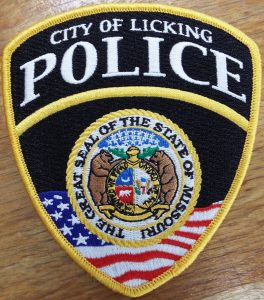 LICKING, Mo. (March 23, 2022) – On March 22, 2022, at approximately 7:23 p.m., officers from the Licking Police Department were dispatched to a residence on Cedar Street for a report of a suicidal subject, which had barricaded himself in a bedroom with a firearm. Responding officers attempted to speak with the subject and he was non-compliant during all communications attempts.

Entry was made into the bedroom where officers secured the subject without incident, ensuring his safety and wellbeing. The subject was identified as a 49-year-old male, of Licking. The identified subject was transported by ambulance for psychiatric treatment and mental evaluation. No firearm was located, but the subject displayed a knife, while standing at the bedroom window, where an officer was positioned.

Due to quick actions of responding officers, this incident was able to be resolved quickly and safely, for both the subject and officers involved. Also, appreciation to the Texas County Sheriff’s Office for providing assistance in such a volatile situation.