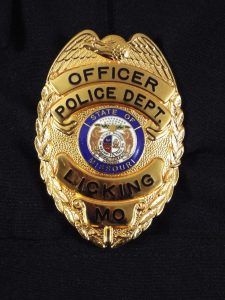 LICKING, Mo. – On March 19, 2022, at approximately 7:25 p.m., the Licking Police Department was dispatched to the Licking R-8 School Gymnasium (Building E) in reference to a motor vehicle striking the building.

Upon the officer’s arrival, the scene was secured and an investigation was initiated. During the investigation, the officer received statements from the driver, (a 44-year-old female, of Licking) and reviewed surveillance camera footage from the school. The investigating officer did not detect any impairment in the driver or any other significant reason with the driver, which would cause the accident.

After completing the investigation, it was determined the vehicle’s brakes became faulty while travelling on the roadway and the driver attempted to park the vehicle in the school parking lot but was unable to come to a complete stop before striking the gymnasium building. The building did sustain damages from the collision and the vehicle was later towed from the scene.

At this time no charges are being sought by the Licking Police Department.