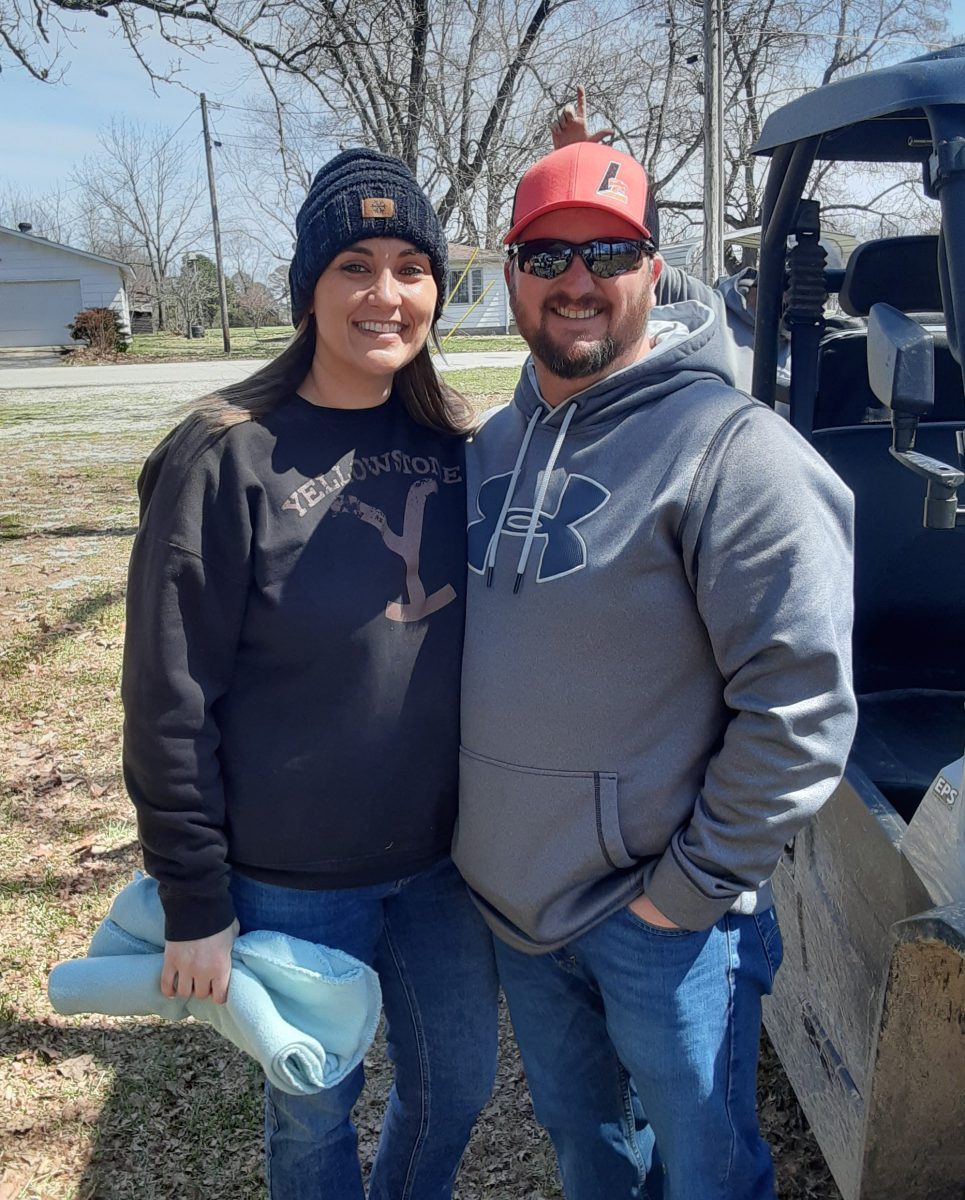 Submitted by Rick Mosher
Amanda and Jake Floyd captured first place in the Corn Hole Tournament held by the Licking Cemetery Board, Saturday, March 26, to raise money for upkeep of the Licking Cemetery. Board member Josh Hood organized the tournament. Proceeds from tournament entries and concessions, coupled with donations that came in during the lead-up to it, brought in $798 according to board secretary Kassi Ramsey. At the event, the board also launched a raffle for a .22-caliber rifle that will run through mid-May. Board president Rick Mosher expressed appreciation for all who came out and helped the tournament succeed. He stated that in addition to mowing, which will likely cost over $10,000 this year, the board will soon start upgrades to the cemetery’s road system.