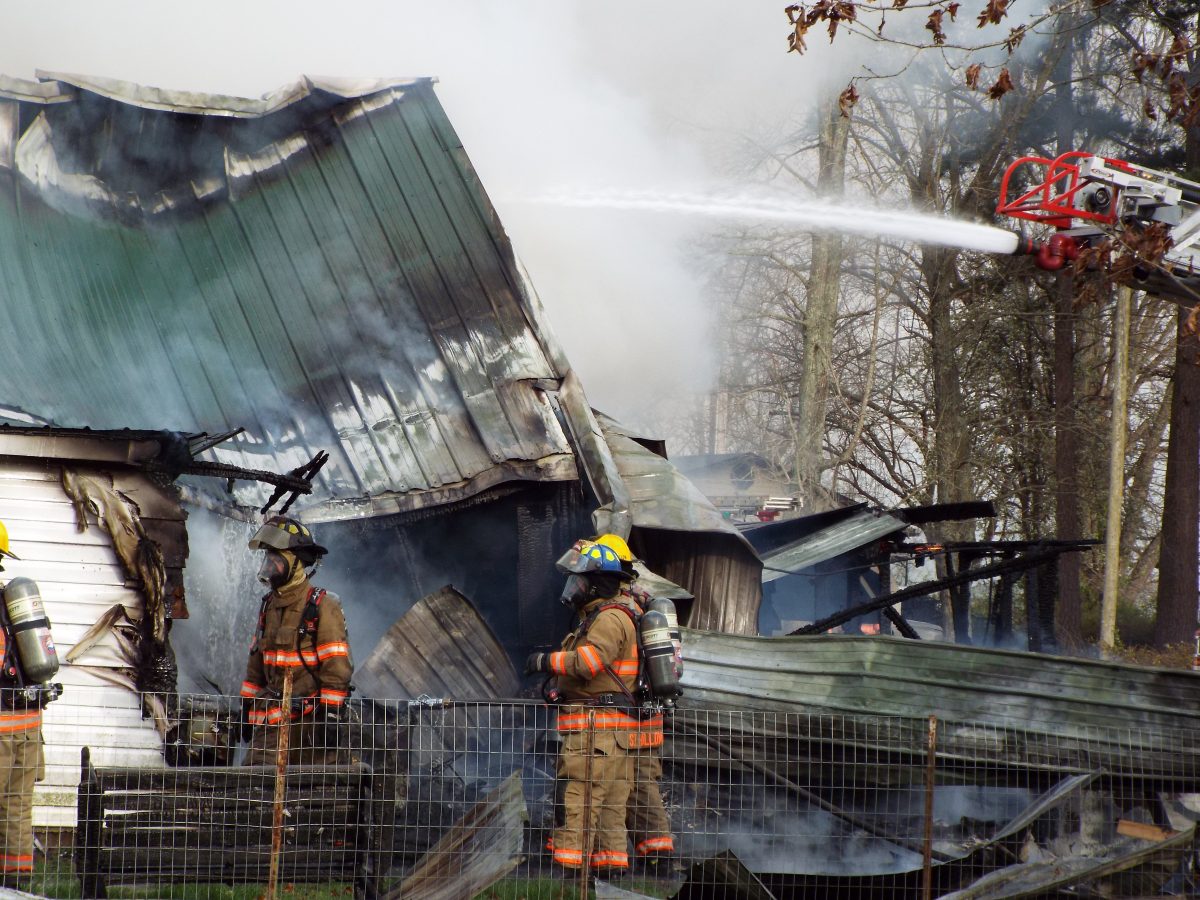 Photo by Christy Porter
The Licking Rural Fire Department and mutual aid department firefighters battled a house fire, with assistance from other city departments. In full gear the firefighters used hoses and an aerial ladder truck to help extinguish the flames.

The Licking Rural Fire Department, with mutual aid from the City of Houston Fire Department and the Raymondville Volunteer Fire Department, battled the fire and the wind for approximately three hours last Thursday evening at a house fire located at the corner of Glendale and Campbell in Licking.

Fire Chief Jimmy Sherrill reported that the family dwelling was fully engulfed when firefighters arrived; fortunately no one was at the home and there were no injuries to report. While the home is still standing, it is considered a total loss. An electric space heater is suspected to be the cause of the fire.

Firefighters worked to prevent the spread of the fire as high wind gusts fanned the flames. City entities also assisted. The Licking Police Department secured the roadways from traffic and for protection of the fire hoses, and blocked a live downed power line until Intercounty Electric could secure it. City workers ensured water flow continued from the nearby fire hydrants for the duration.

“We appreciate the mutual aid from the surrounding fire departments and the assistance from the city and the electric company,” said Sherrill.