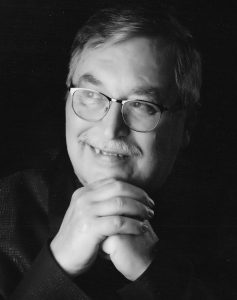 James Coy Miller was born in North Wilkesboro, N.C., on March 9, 1962, to Raymond and Polly Miller. He passed away at home, after fighting metastatic cancer for the last six years, on April 20, 2022.

James graduated from Alexander Central High School in Taylorsville, N.C., in 1980. Later in life he went through bible college where he earned his Doctorate degree in Theology. He, Karen, and their children moved to Missouri in 1999. James served as pastor at Eunice Baptist Church, Boone Creek Baptist Church and Abounding Hope Baptist Church. He had several secular jobs during his life but he most enjoyed being the Produce Manager at Town & Country Supermarket in Licking.

James is survived by his wife, Karen, of the home; son, Scott; and daughter, Casidy (John) Huff; two step grandchildren, Parker and Penelope, who he loved as if they were his own grandkids; three fur babies, Millie, Boo and Bonnie; father in law, Don Whitby; mother in law, Amy Dickens; brother in law, Steve (Manny) Whitby; and sister-in-law, Debbie (Alan) Harris, along with many aunts, uncles and cousins.

He is preceded in death by his parents, Raymond and Polly Miller.