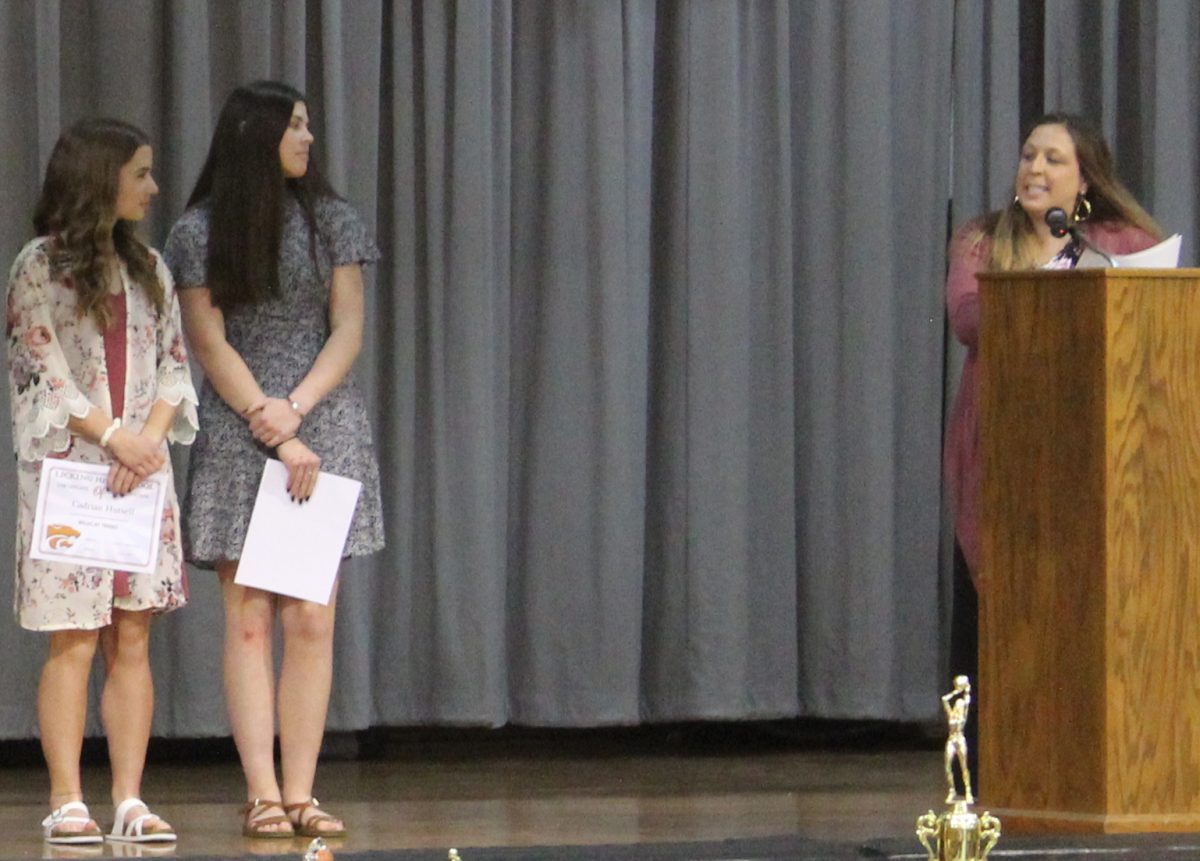 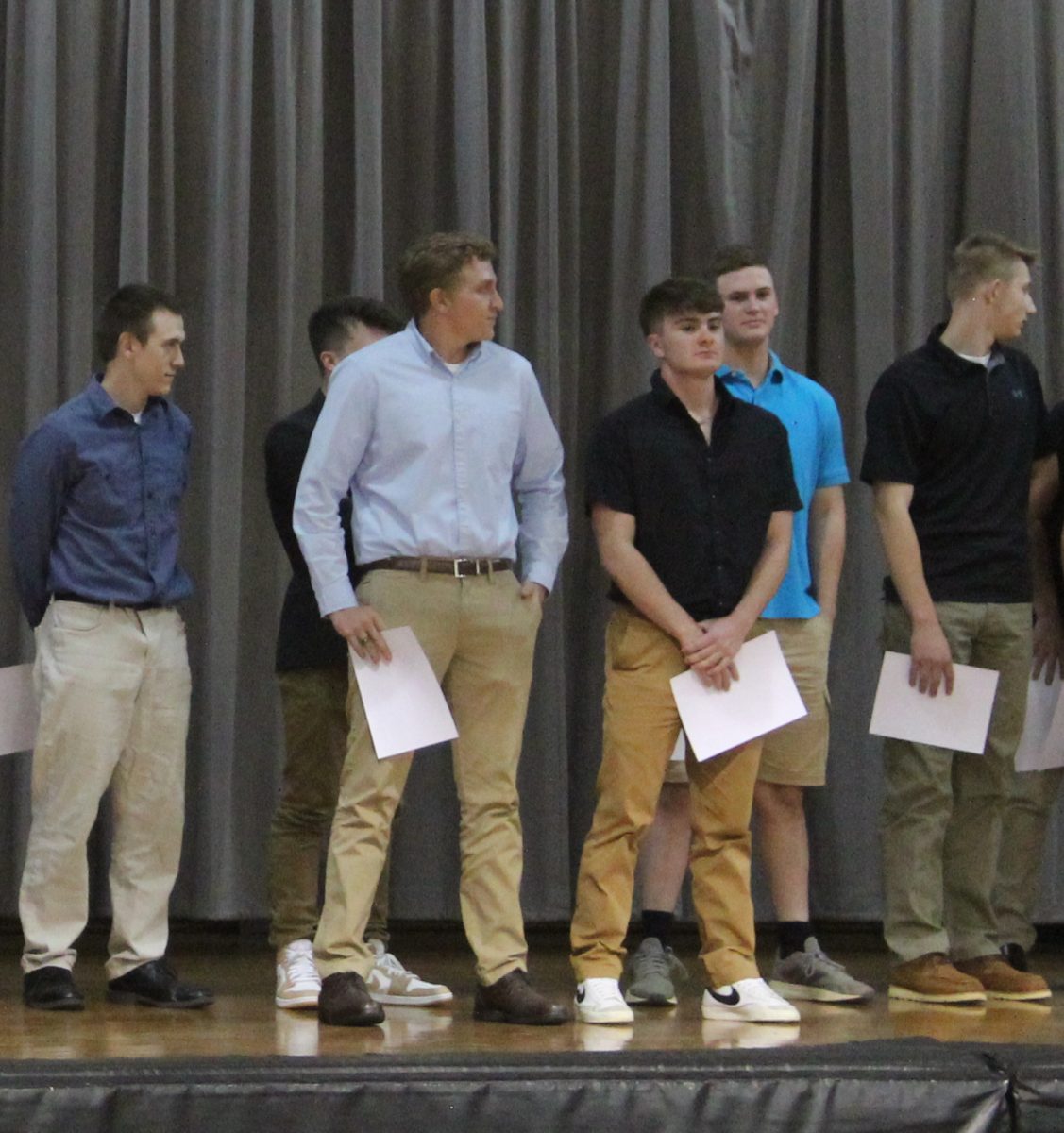 Photo by Shari Harris
The Sports Banquet also provided an opportunity for Coach Harv Antle to recognize his senior baseball players – in the foreground, Spencer Rogers, left, and Kaiden Wantland.

Coaches, Wildcats, Lady ‘Cats and their families gathered at the Sherman Hill Field House Thursday, May 5, for the Licking High School 2022 Sports Banquet. Coaches from each sport handed out awards to their players and recognized the sacrifices made by the players, the coaches, and the families that support them

Athletic Director/JH Principal Doug Dunn announced the golf team for Coach Daniel Cooper, who was unable to attend. John Tyree was named Most Improved, and Nicky Hood was Most Valuable Player for Wildcat golf.

Coach Mike Phillips thanked Mr. Wes Kissiar for allowing the Cross Country team to run on his land, and thanked Coach Jennifer Smith for her assistance throughout the season. He announced the members of this year’s girls’ and boys’ cross country team. Kasey Richards was named Most Valuable Runner as the only member of the girls’ team, however, the honors were earned by the four-time State Cross Country runner. Freshman Levi Stout was named Most Improved Runner and Senior JB Huff was Most Valuable Runner for the boys’ team, and both of these runners also advanced to the state meet this season.

Coach Steve Rissler announced the girls’ basketball team, and explained that the depth of talent on his team made it necessary to choose Outstanding Teammates instead of a single Most Valuable Player. He first awarded a Sacrifice for the Team Award to Kaida Cook. He chose four players to receive the Outstanding Teammate Award – Abbie Sullins, Riley Barton, Finley Sullins and Kylie Taylor.

Baseball Head Coach Harv Antle announced six of his players had received individual Academic All State honors – Keyton Rinne, Keyton Cook, Malachi Antle, Silas Antle, Cole Wallace and Austin Stephens. The Licking Baseball Team as a whole also received Academic All-State honors with a cumulative 3.60 grade point average. They also received a number one seed in the Class 3, District 9 tournament, and are ranked third in the state for Class 3. As the season had not ended yet, he did not offer individual awards. With rain preventing a senior night, he used the opportunity to recognize his senior players, Spencer Rogers and Kaiden Wantland.

Coach Christina Medlock’s girls’ softball team won the most games yet for a Licking girls’ softball team, with five wins in a season shortened by rain. The team was composed of freshmen and sophomores. The Offensive Award went to Halee Clayton. The Defensive Award was earned by Kadyn Hall. Most Improved was Aubrey Gorman. December Maxey was awarded the Wildcat Award. Zoey Dawson earned the MVP Award.