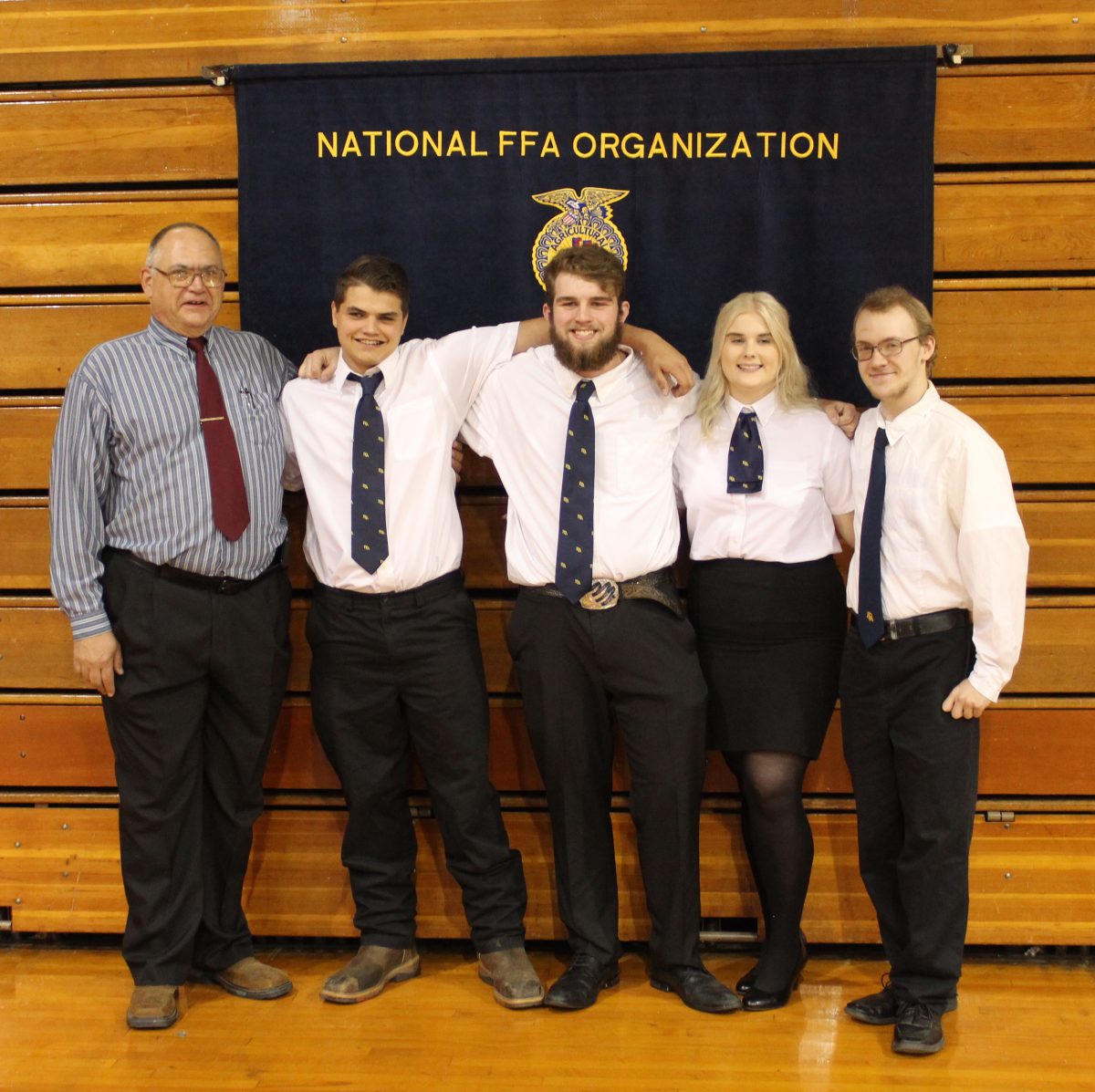 The 90th Annual Licking FFA Banquet was held on Friday, May 6, at the Sherman Hill Field House. FFA members, advisors and their loved ones gathered to enjoy a delicious meal prepared by the FFA and to celebrate the honors earned by the FFA members throughout the year. 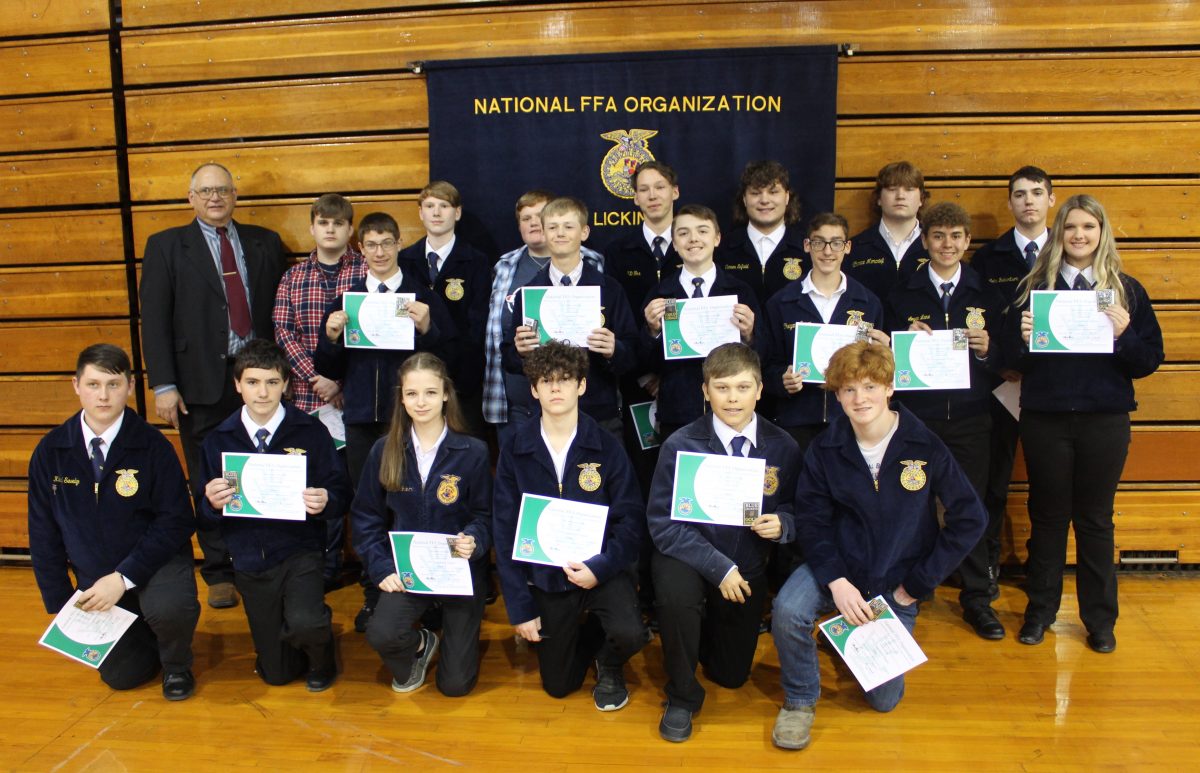 Greenhand FFA degrees were bestowed by the officers on 38 members who earned the first year degree. This year’s Star Greenhand was JD Fox. 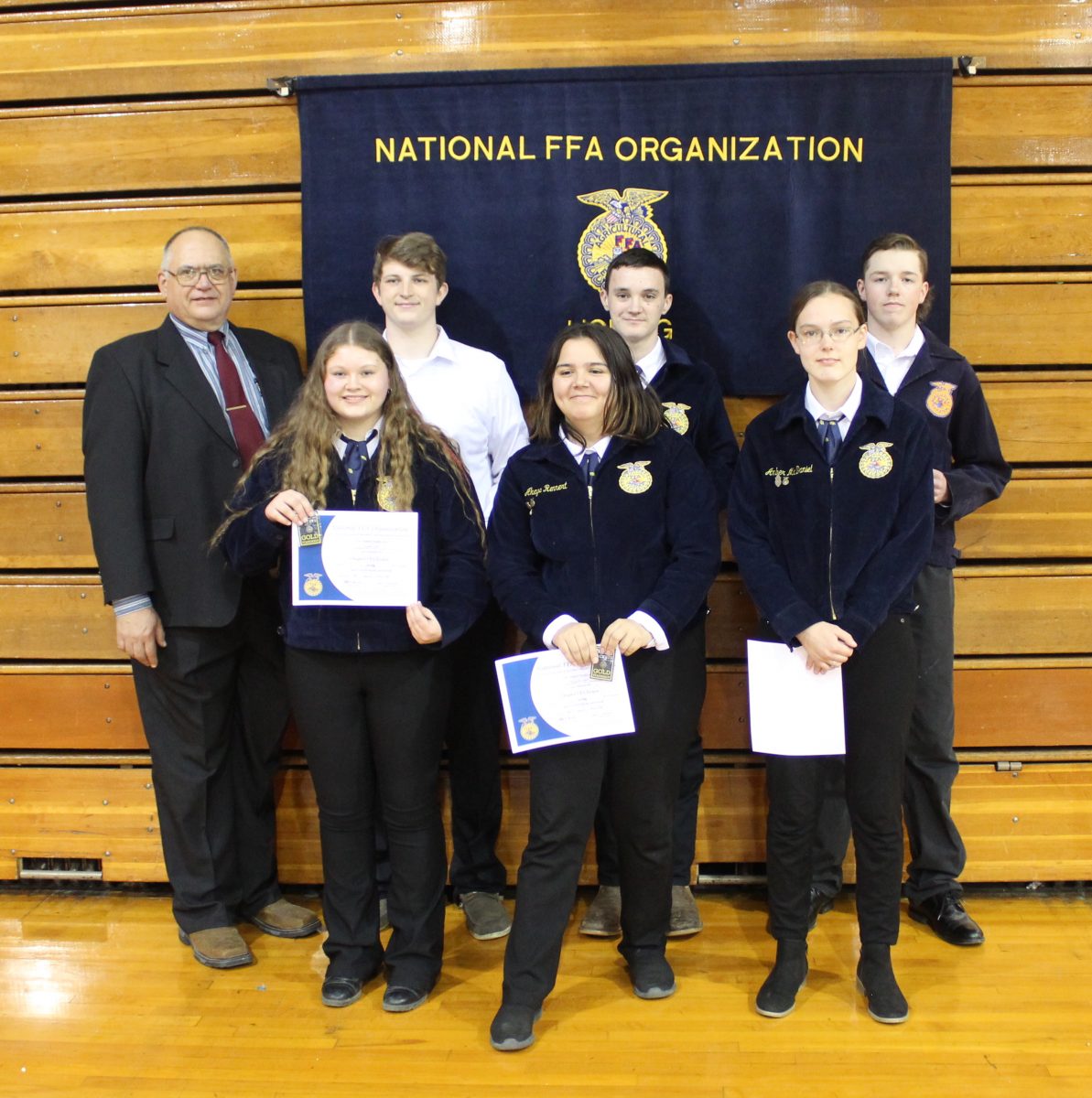 Reporter Madison Lane presented a retirement speech highlighting Mr. Kirkwood, who is in his last year as FFA Advisor. President Clifford Hawn presented Mr. Kirkwood with a plaque in recognition of his years of service to the Licking FFA.

The seniors and Mr. Kirkwood all chose to retire their jackets, and each presented them to a loved one in the audience.