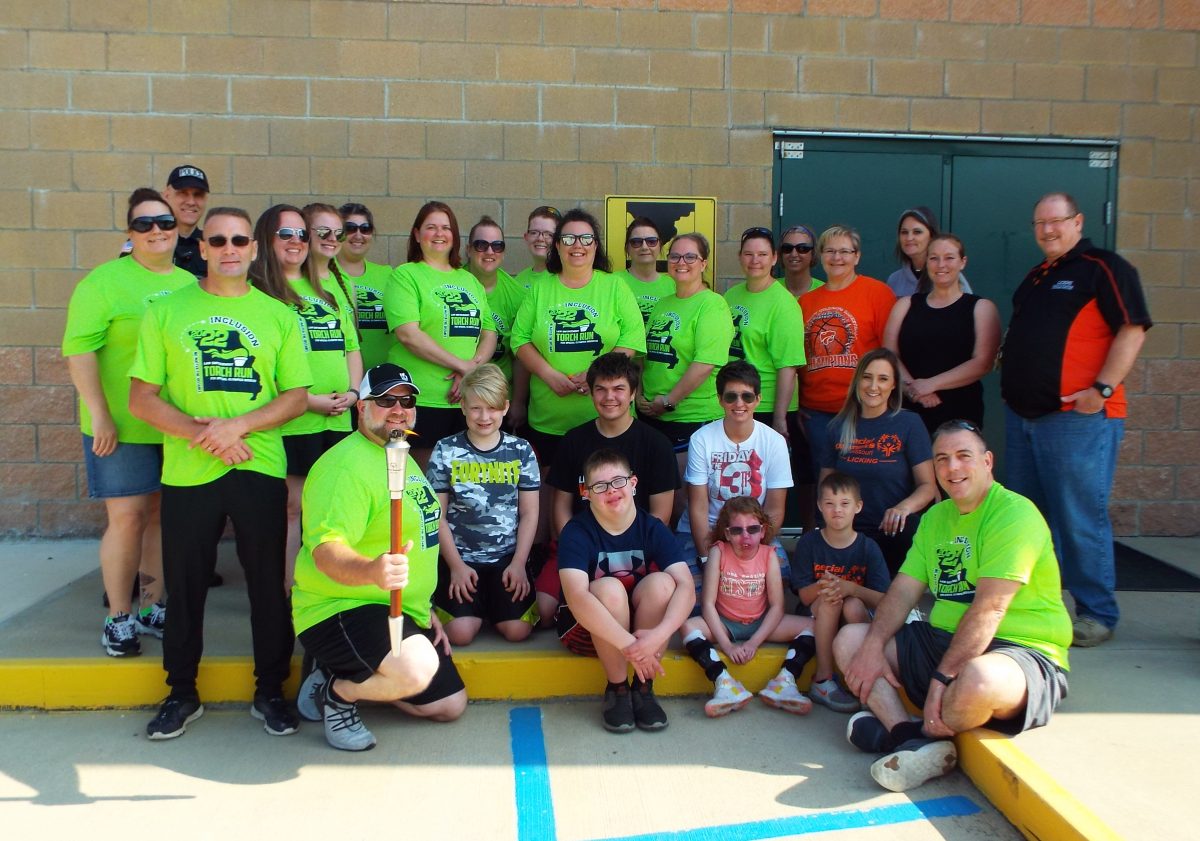 At 9 a.m. the torch was lit, and after a group photo, Det. Kenny Santee with the Licking Police Department got into his vehicle to escort participants. Five students, parents, teachers, Mrs. Black (fourth through sixth grades) and Mr. Nathan Buckland (seventh through twelfth grades); Special Olympics representative Kayla Lewis; and South Central Correctional Center staff members began the torch run. Troy Wade was the Guardian of the Flame, carrying the torch for law enforcement. Leaving from the FEMA building, they made their way to Main Street, proceeded down Main Street and successfully completed the 13th annual run/walk at the corner of Main Street and Hwy. 32.

“I could run this much faster and be done,” said one of the student participants with a big smile as he walked with the group.

Special Olympics allows the power of sports to instill confidence in people with intellectual disabilities. They joyfully discover new strengths, skills and abilities, and achieve success. The focus becomes on what they can do, not what they can’t. These Olympians of all ages are victoriously participating in 30-plus Olympic-style sports.