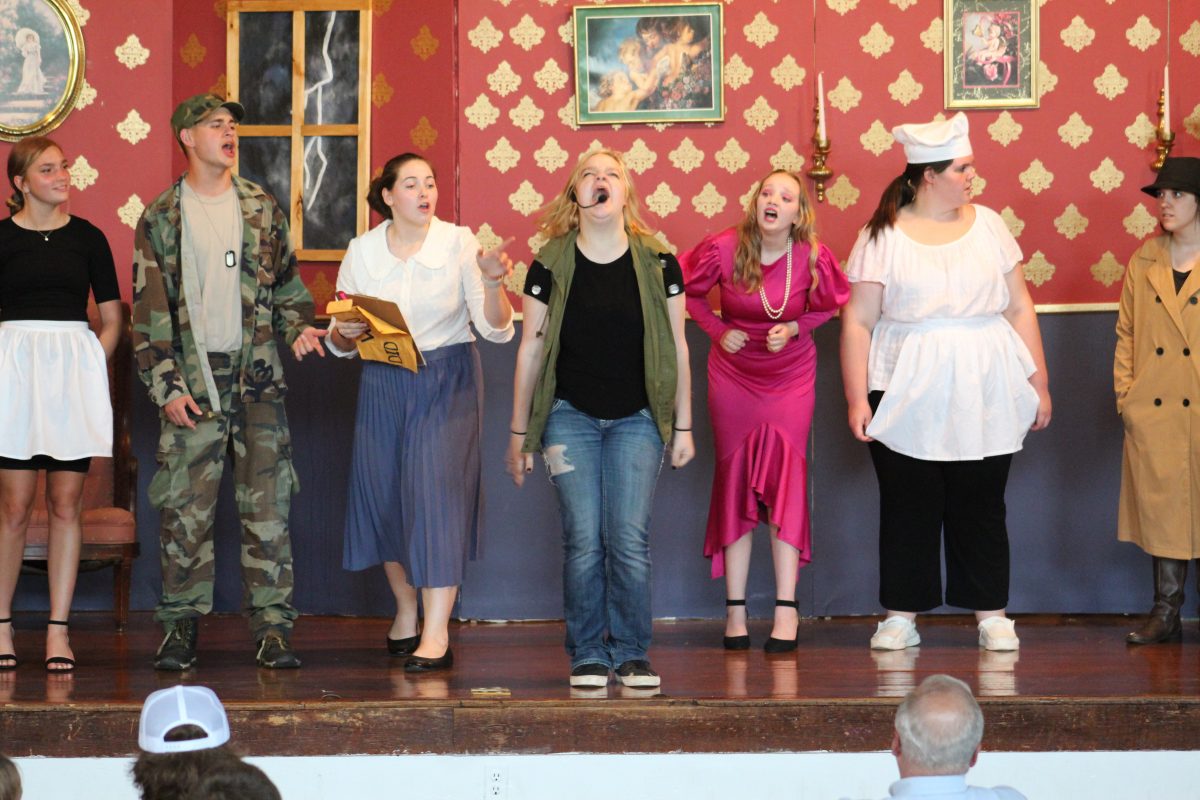 Photo by Shari Harris
The Stage Manager gets everyone’s attention before adding her confession to the mix.

Theatre returned to Licking on Thursday, May 12, when the Licking High School Drama Club presented “the renowned play” “Shhh! Don’t Say It!!!” The play, written especially for the LHS Drama Department by Danette House, was directed by LHS Drama teacher Briana Link, with LHS Drama students performing and providing behind the scenes support.

The play was a farce, a comic dramatic play, and the audience enjoyed laughs throughout the two-act performance.

The setting was a dark, stormy night in 1962 at a mysterious, Gothic mansion in Webster, Massachusetts, near an unpronounceable lake. A group of guests arrive at the mansion and are fed pea soup for supper before weapons are provided to all for a plot of murder! All are being blackmailed and the decision is made that it is time for the blackmailer to come to his, or her, end.

Deaths that aren’t deaths and confessions abound as the cast chases down c—- “Shhh! Don’t Say It!!!” – hints. The narrator and stage manager have important roles in the production, and the show keeps everyone guessing to the surprising conclusion.

“These students have never put on a play or acted before,” explained Director Link. “I’m proud of all their hard work.”

The cast of characters were well portrayed and the performers seemed to enjoy the show as thoroughly as the audience. The LHS Drama Department should be proud of its efforts.