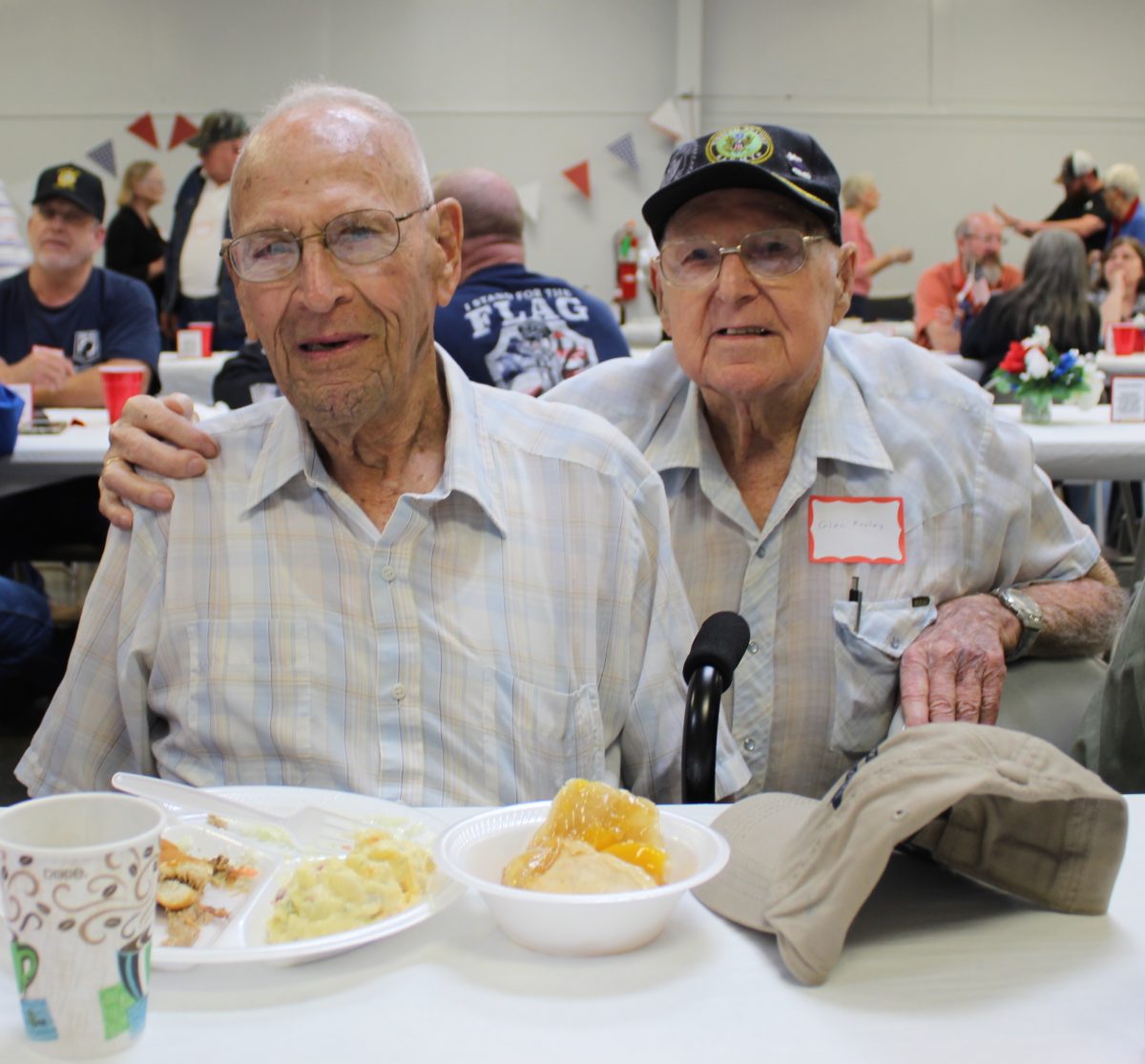 Photo by Shari Harris
Veterans Edgar Rust, left, and Glen Fraley are both World War II vets. Rust, 95, served in the Navy in Japan, and Fraley, 94, was in the Army in Japan. They were the only WWII veterans at Saturday’s event.

Texas County veteran organizations and the Houston Chamber of Commerce hosted Armed Forces Appreciation Day on Saturday, May 21. A Veterans’ Fair was followed by a meal and a program that honored veterans.

This year’s program was emceed by AL member Rudy Blahnik.

A mini USO show was provided by Ms. Lana Bucher, who entertained all by lip synching Patsy Cline’s “She’s Got You.”

Ret. SGM Don Rose was the guest speaker. He spoke of being a Soldier for Life, continuing to serve after discharge; once a soldier, always a soldier. He expressed concern over the lowest propensity to serve since 2007.

“America’s proud of you,” Rose said to the veterans. “God bless you.”