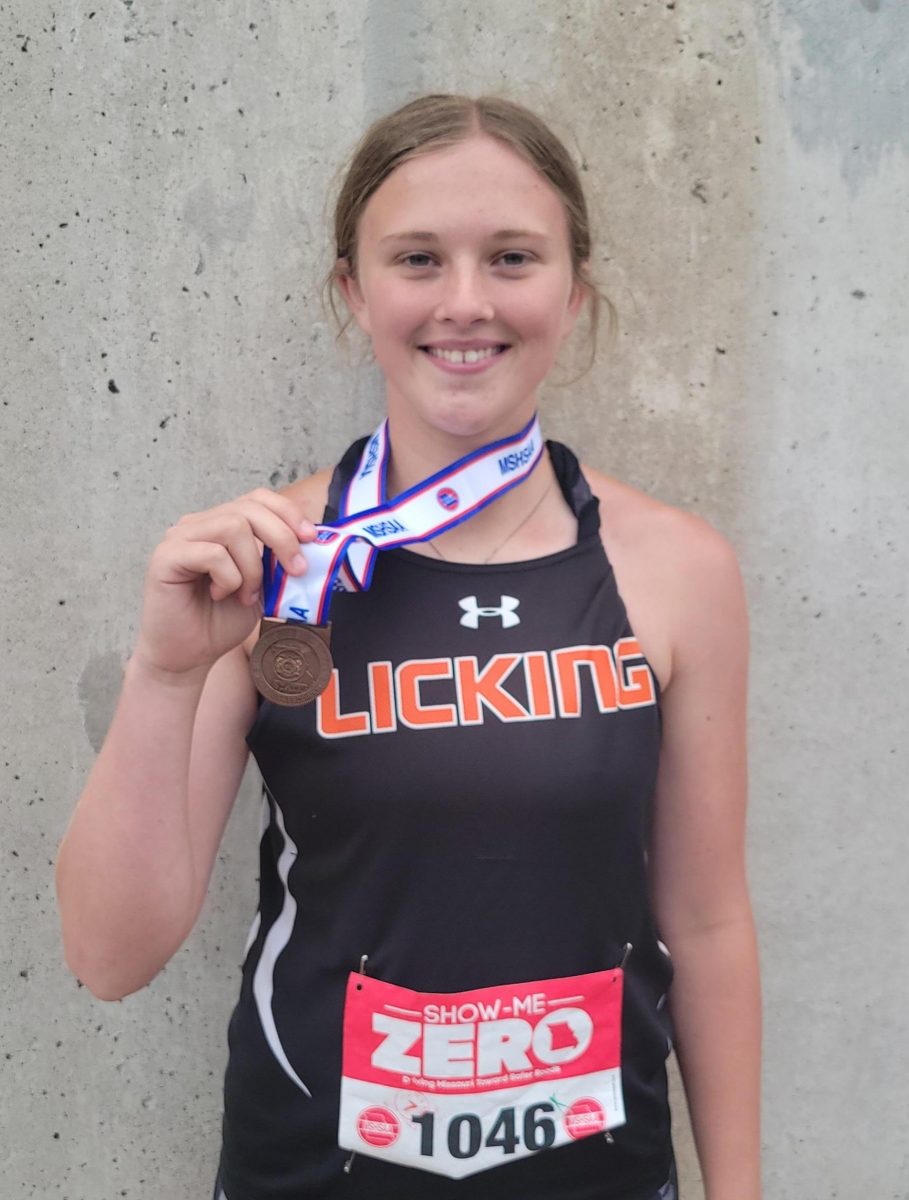 Three Licking tracksters earned the right to compete with the best at the 2022 MSHSAA State Track & Field Championships. The meet was held over two days at Adkins Stadium on the campus of Jefferson City High School. 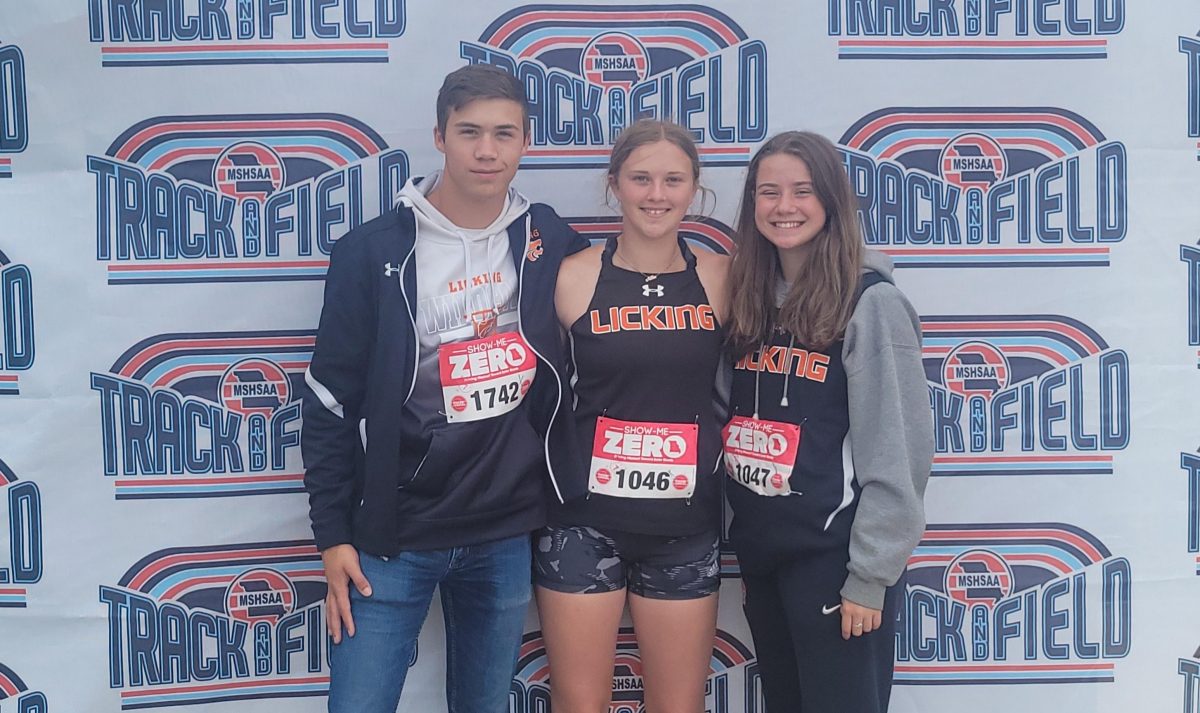 On day one, sophomore Finley Sullins started the action for LHS in the Long Jump. She had three jumps and scored her second best jump of the season on her third attempt to finish 13th overall in Class 2. Finley leaped 4.64m or 15’3″.

Sophomore Oscar Phillips competed in the Pole Vault. Phillips had set a new personal record at Sectionals the previous weekend to qualify for state. Oscar finished the day in 14th place.

On the second day, Allie Hock was set to compete in the High Jump at 9:30 a.m. Mother Nature had other plans as rain and lightning pushed the start time back to 1 p.m. Allie was the 16th seed and jumped first. She cleared the first two heights on her first attempt while several of her competitors had scratches due to nerves and wet conditions. In the end, Hock’s clean early jumps gave her tie breakers and she earned All State, finishing 7th in Class 2.

“All three athletes were first time State qualifiers. It can be overwhelming the first time. All three kids represented LHS to the fullest on and off the track. They will play big roles in the success of our track program in the future.” – Coach Rissler