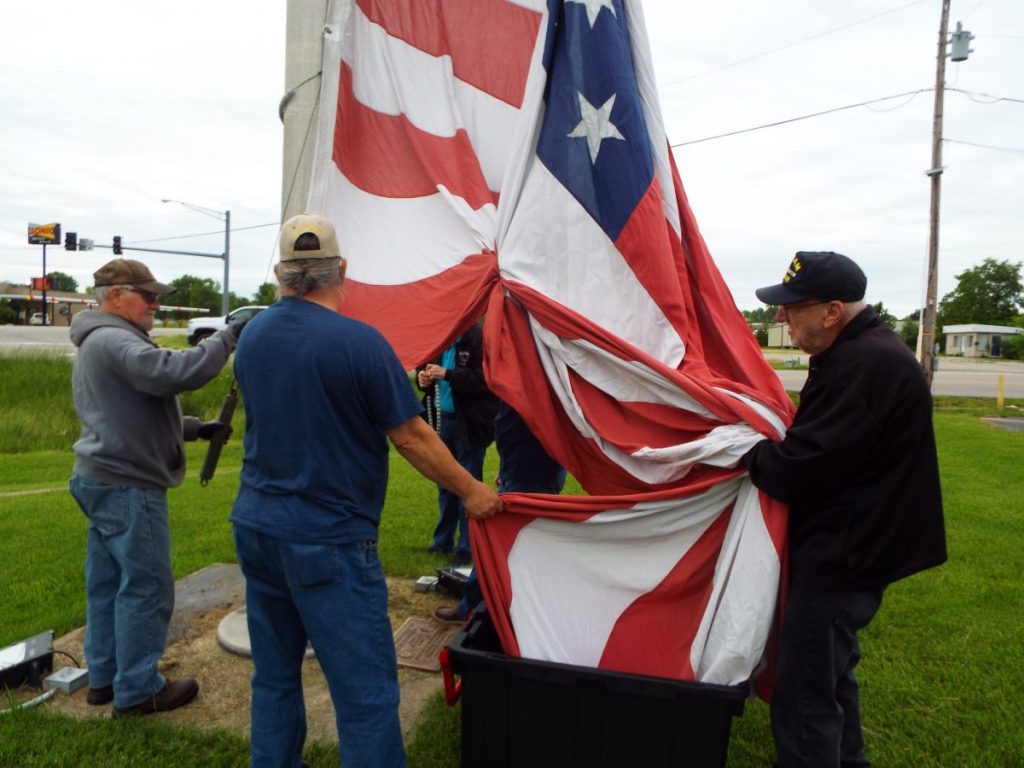 Photo by Christy Porter
The large American flag in front of Country Inn motel at the corner of highways 63 and 32 is again flying high after being raised on Monday. 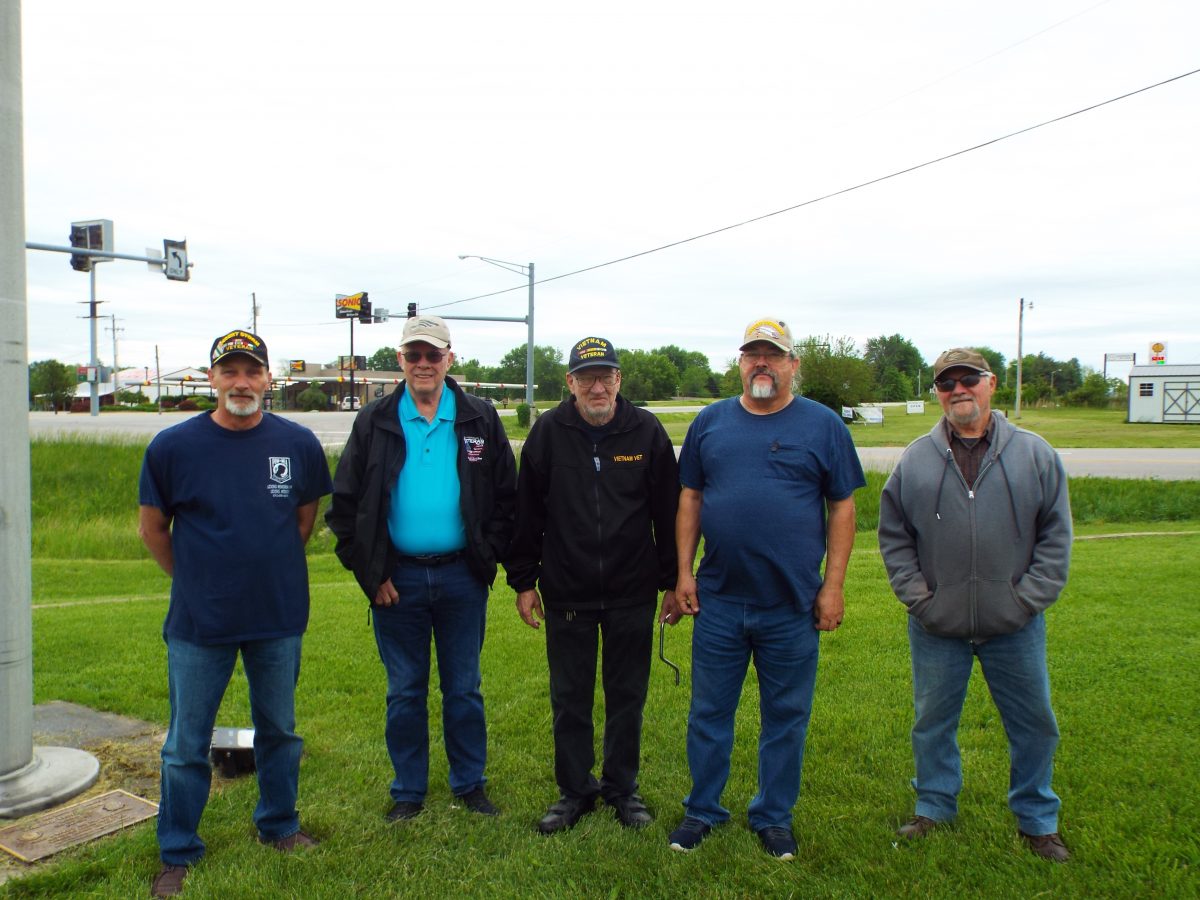 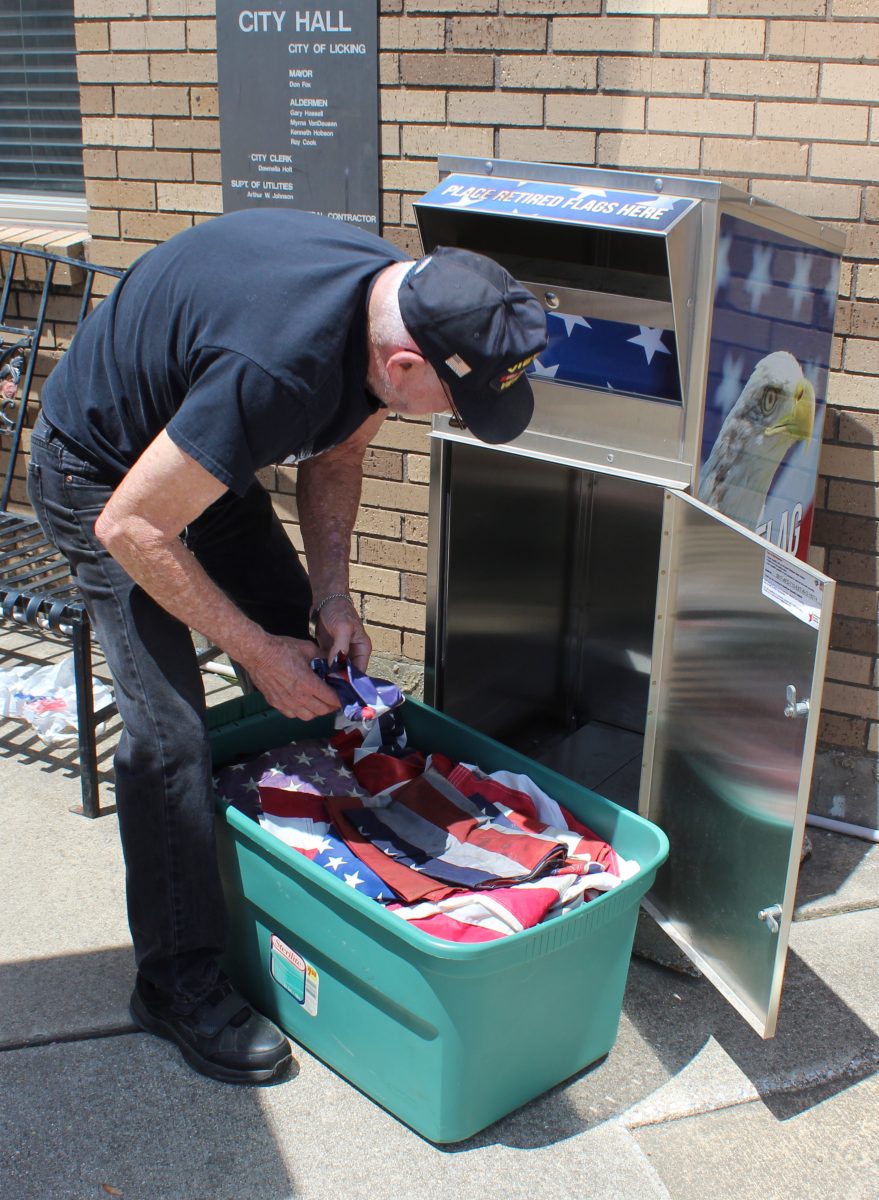 Photo by Shari Harris
Veteran Virgil Zeller removes the last flag from the flag collection box outside Licking City Hall Wednesday, May 18. He estimated that flags had not been collected from the box since the fall, and it contained 37 flags. Flags are removed with care to ensure they never touch the ground; even though they are destined for disposal, it must be done correctly. VFW Post #6337 will hold a Flag Disposal Ceremony in the fall.