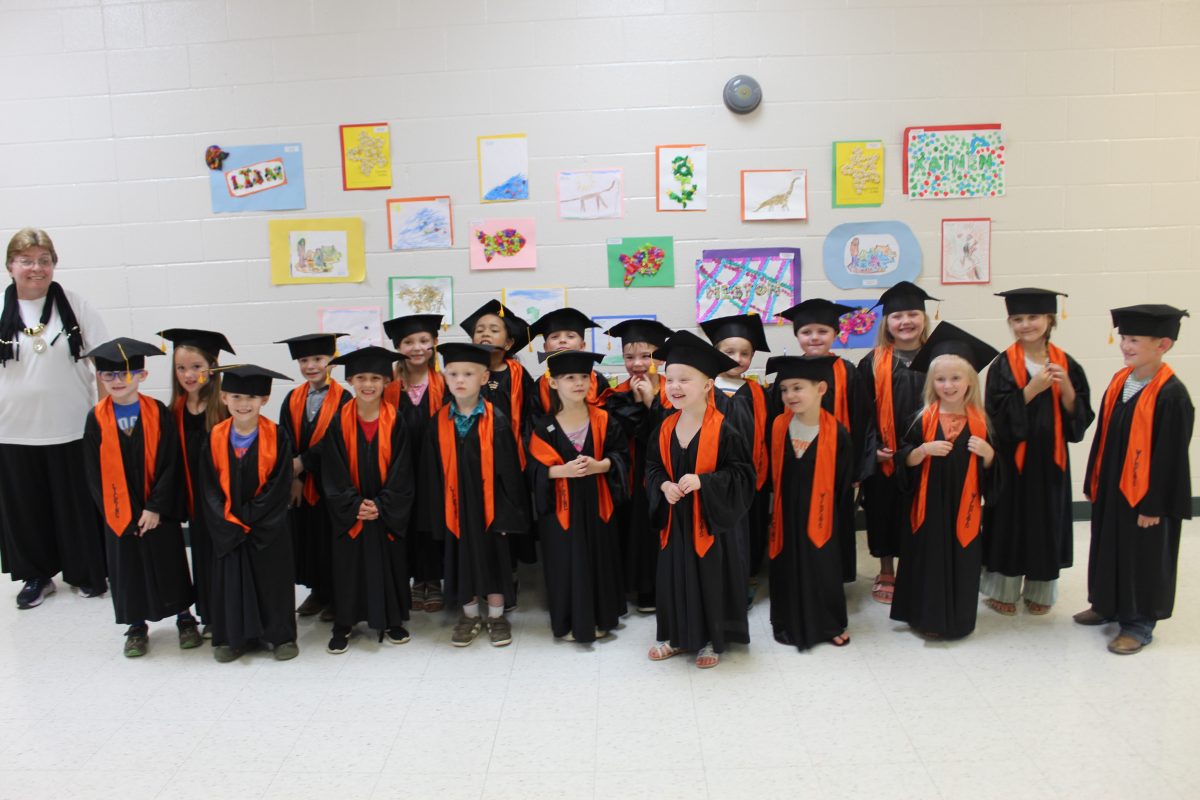 Parents, grandparents and other family members gathered at the FEMA gymnasium on Wednesday evening, May 18, for the Wildcat Early Learning Center graduation ceremony.

Excited graduates scurried around the lobby in preparation for the event, eager to show their parents their artwork and their friends. A multi-color archway of balloons greeted those entering the gym, making a grand entrance for the graduates when it was time.

Preschool teacher Mrs. Teresa Clonts greeted those attending and ushered in the graduates. A benediction was offered by Mr. Joe Satterfield prior to the musical offerings of the class.

“We’re Moving Up” led off, with the students exclaiming how they were moving up from preschool to kindergarten. “Pizza Hut” followed, and “Skidamarinkydink” was the final selection, with the graduates saying how much they loved their families.

All were invited to remain for punch and a piece of the beautiful cake served after the ceremony.

Congratulations to this year’s graduates of the Wildcat Early Learning Center!