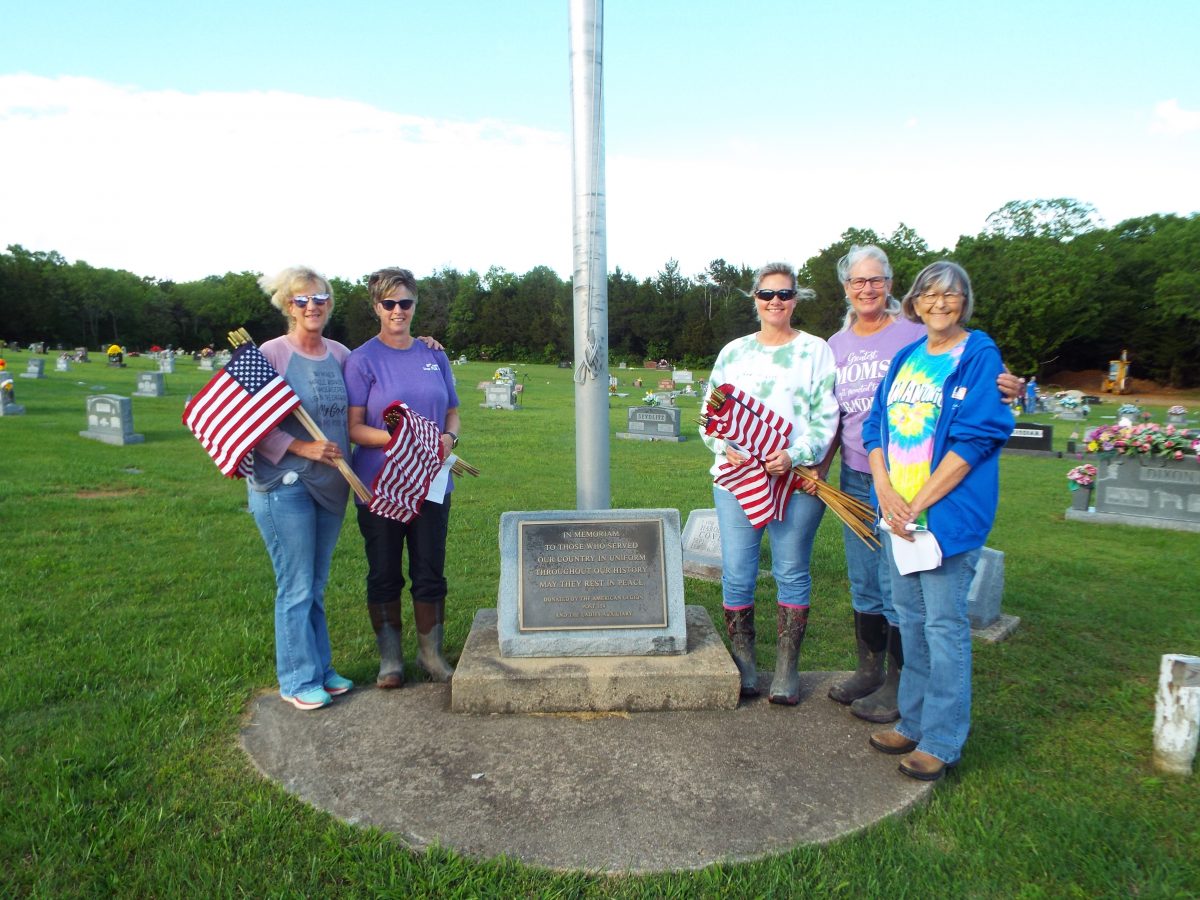 Photo by Christy Porter
Among those who placed flags honoring the veterans at Boone Creek Baptist Cemetery were, from left, Leslie Richards, Jennifer Smith, Donna Creech, Terry Morrison and Phyllis Hibner. They stand at the memorial stone and U.S. flag located centrally at the cemetery.

For a second year veterans, citizens and members of Boone Creek Baptist Church are ensuring that the many veterans who are interred at Boone Creek Cemetery are honored this Memorial Day.

Veteran’s burial sites are being decorated with a single U.S. American flag.

John Mitchell, Retired U.S. Army and cemetery association president, noted the flag that flies high from the center of the cemetery honors all veterans and those who wore a uniform, including those that may have not been identified. The Boone Creek Cemetery Association was the first or second area location to centrally place a flag memorial in the cemetery so that those who wore the uniform may always be honored, he said. The site is maintained by association donations.

Coy Scott, Jr., who fought in the European Theatre at Normandy Beach on D-Day, the Battle of Hurtgen Forest and the Battle of the Bulge, is the latest World War II veteran to be laid to rest at Boone Creek Cemetery in November, 2020.

Vietnam veterans Mitch Barwick, with his wife Janice, and Dusty Stoner honored their comrades by assisting in the placement of the flags.

“This is more emotional for us as we also honor our son Michael Barwick who was killed in the line of duty as a law enforcement officer in 2002,” shared the Barwicks.

Also participating in the placement of flags were Jennifer Smith, Carolyn Barnes, Darlene Reed, Donna Creech, Terry Morrison, Leslie Richards, Phyllis Hibner, Brad Richards, Mason Creech, Rhonda Kell, and Curt, Julia and Craig Ramsey. The volunteers considered it a solemn honor to do this service for our many veterans.