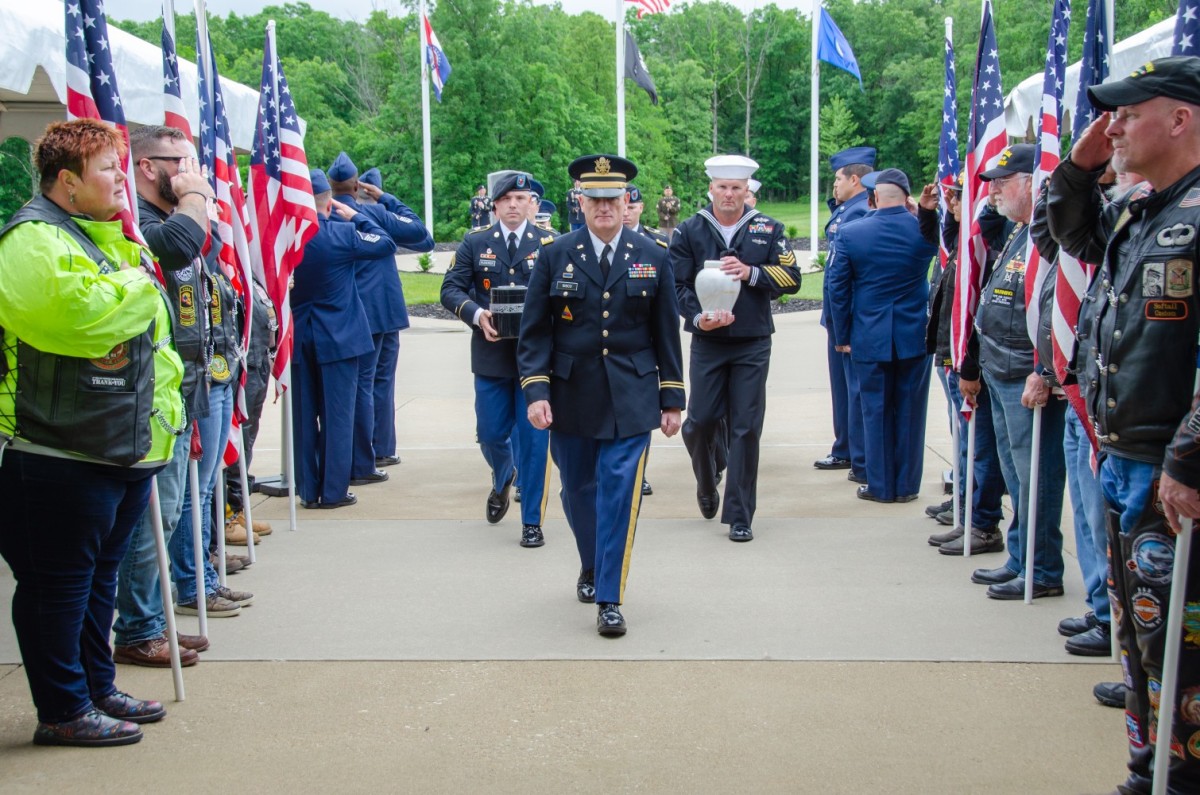 FORT LEONARD WOOD, Mo. – A light, gentle rain fell on the Missouri Veterans Cemetery – Fort Leonard Wood May 25 as four Vietnam-era veterans were laid to rest in the presence of their fellow service members.

Most of those attending the ceremony, to include guest speaker Chaplain (Capt.) David Sisco with the 3rd Chemical Brigade, had never met the veterans they were there to honor.

“I did not know these four individuals … any more than anyone else present here today,” Sisco said. “But what I do know is that each one of them raised their right hands, they donned the uniform and they served with honor.”

Paul Kirchhoff, Missouri Veterans Commission executive director and a retired U.S. Army colonel, also spoke at the ceremony and said it is a privilege to show the “eternal gratitude we have to these fallen heroes.”

“These veterans … have countless brothers and sisters in arms who care for them deeply and want to see that they are treated with the honor and respect they deserve,” he said. “The number of veterans present here today pays testament to this. Each of us are family.”

Nearly 150 Soldiers, Sailors, Airmen, veterans and community members attended the ceremony, and 10 Soldiers from the 1st Engineer Brigade, 399th Army Band and the Religious Support Office provided military honors during the service, which included the rifle volley, playing of Taps and the flag presentation.

One Soldier who attended the ceremony was Col. Steven Yamashita, U.S. Army Military Police School assistant commandant. He said that everyone owes a debt of gratitude that can never be repaid to those who served.

“All of us, in and out of uniform, can never repay those who have served, especially during a time of war,” Yamashita said. “These American patriots, and the many others who have been unclaimed, must never be forgotten. If the American dream is to survive, and for America to remain strong, we must give our veterans – those who served, living or deceased – the honor and respect they deserve.”

The Missing in America Project made the ceremony possible in conjunction with the Craig-Hurtt Funeral Home and Cremation Care Center in Mountain Grove; Holman-Howe Funeral Home in Lebanon; the Texas County Coroner; and the Missouri State Veterans Cemetery – Fort Leonard Wood.

According to MIAP volunteer Daniel Poirier, MIAP’s purpose is “to locate, identify and inter the unclaimed cremated remains of American veterans through the joint efforts of private, state and federal organizations, to provide honor, respect and dignity to those who have served this country by securing a final resting place for these forgotten veterans.”

Stacy Wilson, director of the Missouri State Veterans Cemetery – Fort Leonard Wood, said those attending the ceremony ensured that “in the end (Henson, Killinger, Donaho and Gwin) were not forgotten and they did not go alone.”

“Each of the veterans before you honorably served their county and earned the right to be laid to rest on these hallowed grounds,” she said. “This is the last benefit they earned.” 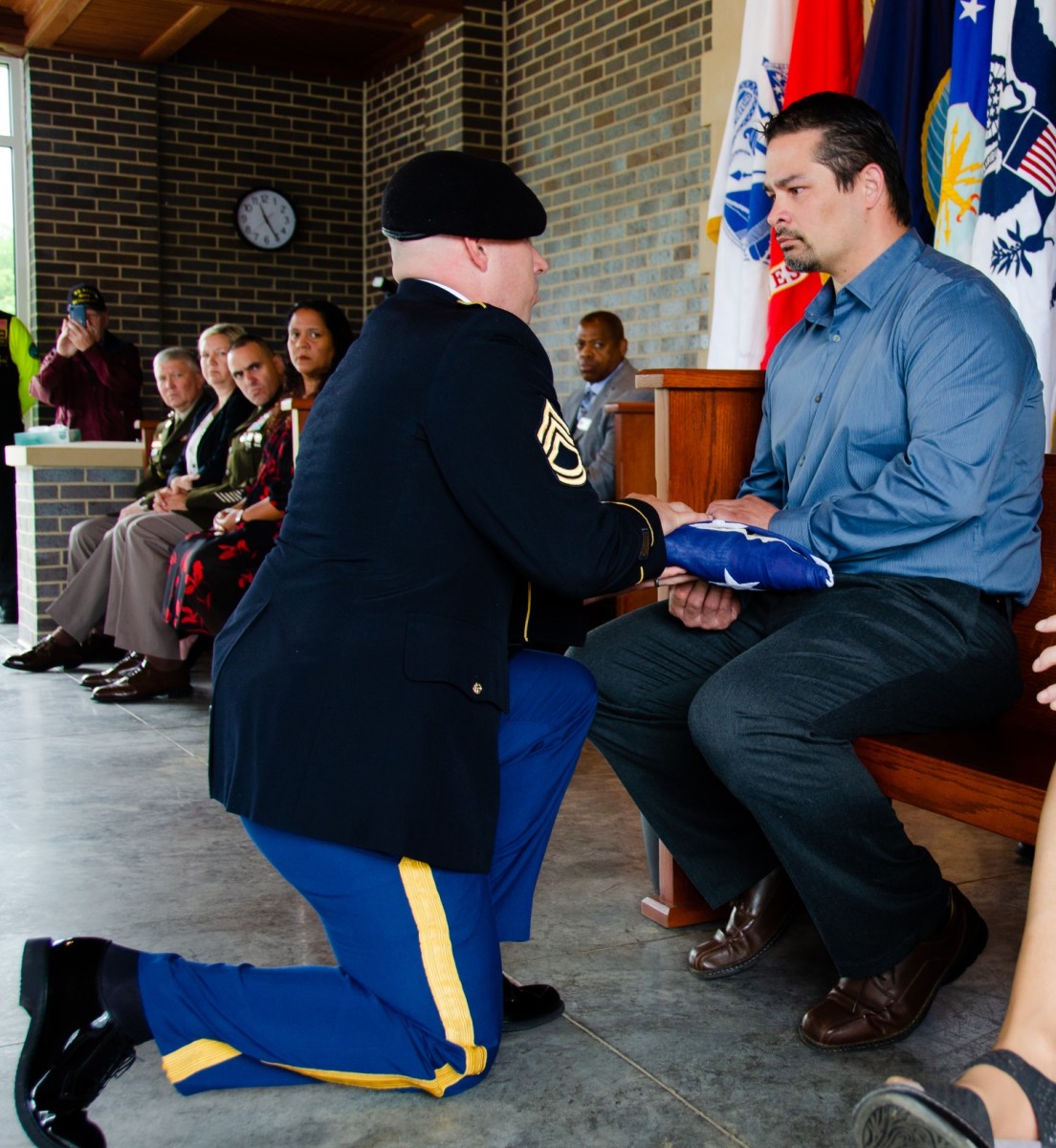