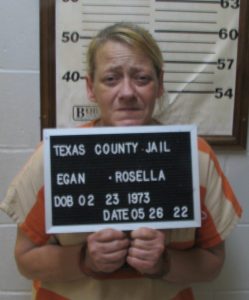 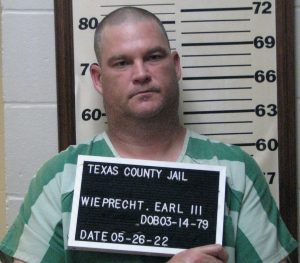 On May 26, 2022, at approximately 1:17 a.m., a Texas County deputy on patrol traveling on Harry Road in the Licking area initiated a traffic stop on a Chevrolet truck for a registration violation. During the stop, the deputy obtained consent to search the vehicle. As the driver Rosella Egan exited the vehicle, the deputy observed her drop a container. The deputy examined the container and discovered methamphetamine. A search of the vehicle led to the discovery of three bags, with each bag containing approximately 4 grams of methamphetamine. Drug paraphernalia was also discovered during the search. Egan and a passenger Earl Wieprecht were taken into custody.