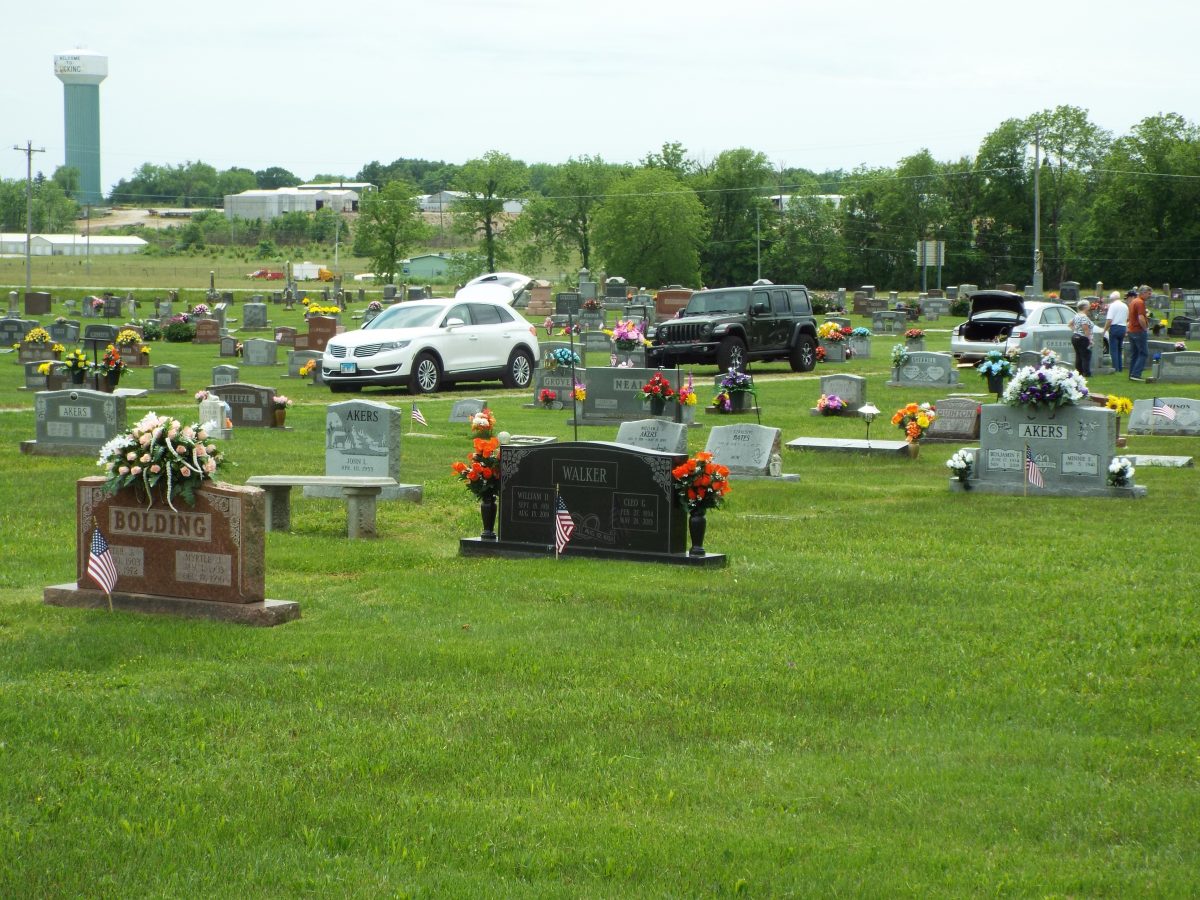 Photo by Christy Porter
The American flag was being placed at U.S. veterans’ burial sites in the Licking Cemetery while family members and friends visited graveside and placed memorial flowers over the Memorial Day weekend.

Veterans who fought in conflicts beginning with the Civil War and from nearly every branch of the service are represented at the Licking Cemetery, shared veteran Gary Gorman. While placing the flags, six or seven Civil War veterans with several state units were represented, approximately 24 World War I veterans, approximately 68 World War II veterans, 21 Korean veterans, eight Vietnam veterans and 18 unmarked conflict veterans were located.

The Licking Cemetery has a high-flying flag with a memorial plaque honoring those who served in uniform, donated by the Licking Memorial VFW Post 6337 and the Ladies Auxiliary. 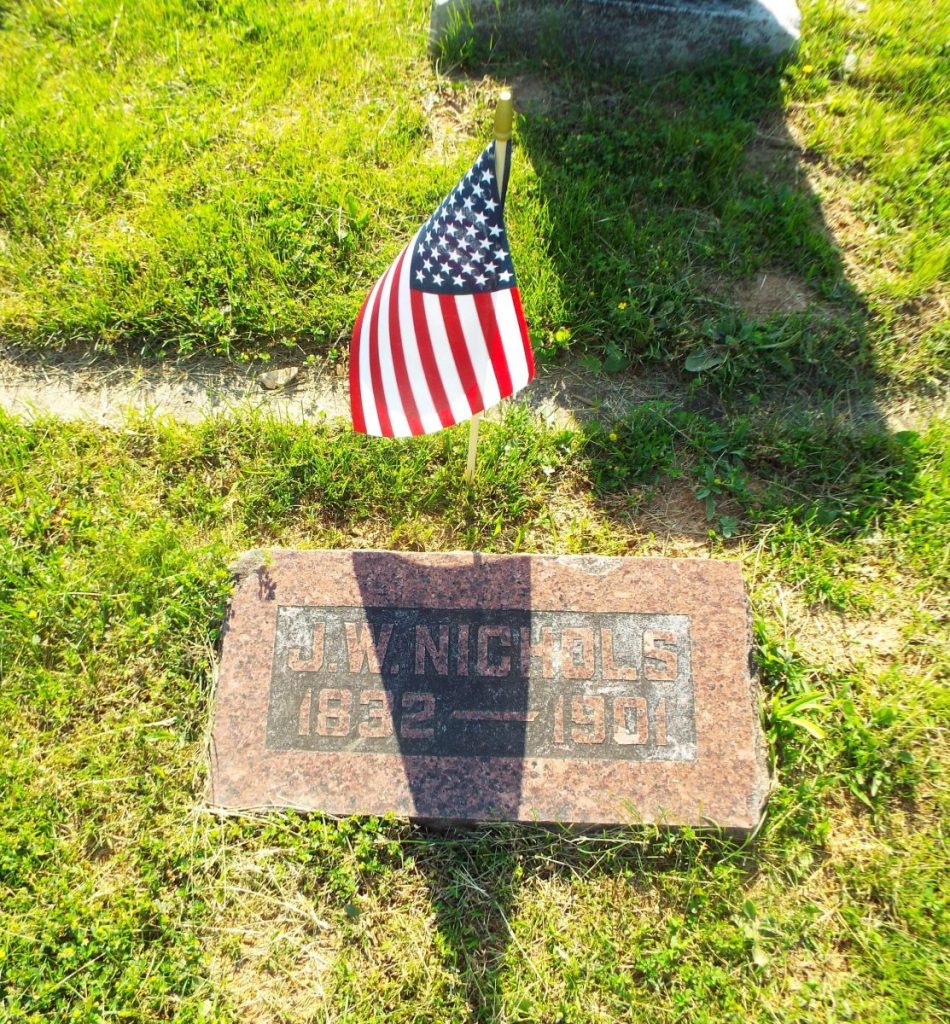 Karla Ealey and David Greenwalt, sister and brother from Illinois, along with several family members were at the cemetery on Saturday, honoring family members, some of which were veterans, and visiting. Their family includes the Greenwalts, the Fergusons and the Nichols. Ancestor J.W. Nichols fought in the Civil War and lost his leg, shared Karla and David. He came home from the war with a wooden peg; unfortunately the early prosthetic limb burned in a fire and was never replaced.

The Licking American Legion Auxiliary donated the funds for the American flags.

“The Licking auxiliary officially closes on June 30 and membership is being transferred to the Salem Auxiliary,” said auxiliary member Sally Holland.

Gorman was assisted in placing the flags with his wife, Norma, Jimmy Stephens, Finley and Jett Sullins, Jesse Sullins and Keely Gorman.

It is a long time tradition for families to gather on Memorial Day or Decoration Day, as it was long ago recognized. Cemeteries and gravesites are cleaned, and flowers, flags, coins and other precious mementos are placed graveside. It is oftentimes an opportunity for family members to visit, grieve, laugh, share stories and keep the familial relationships strong.