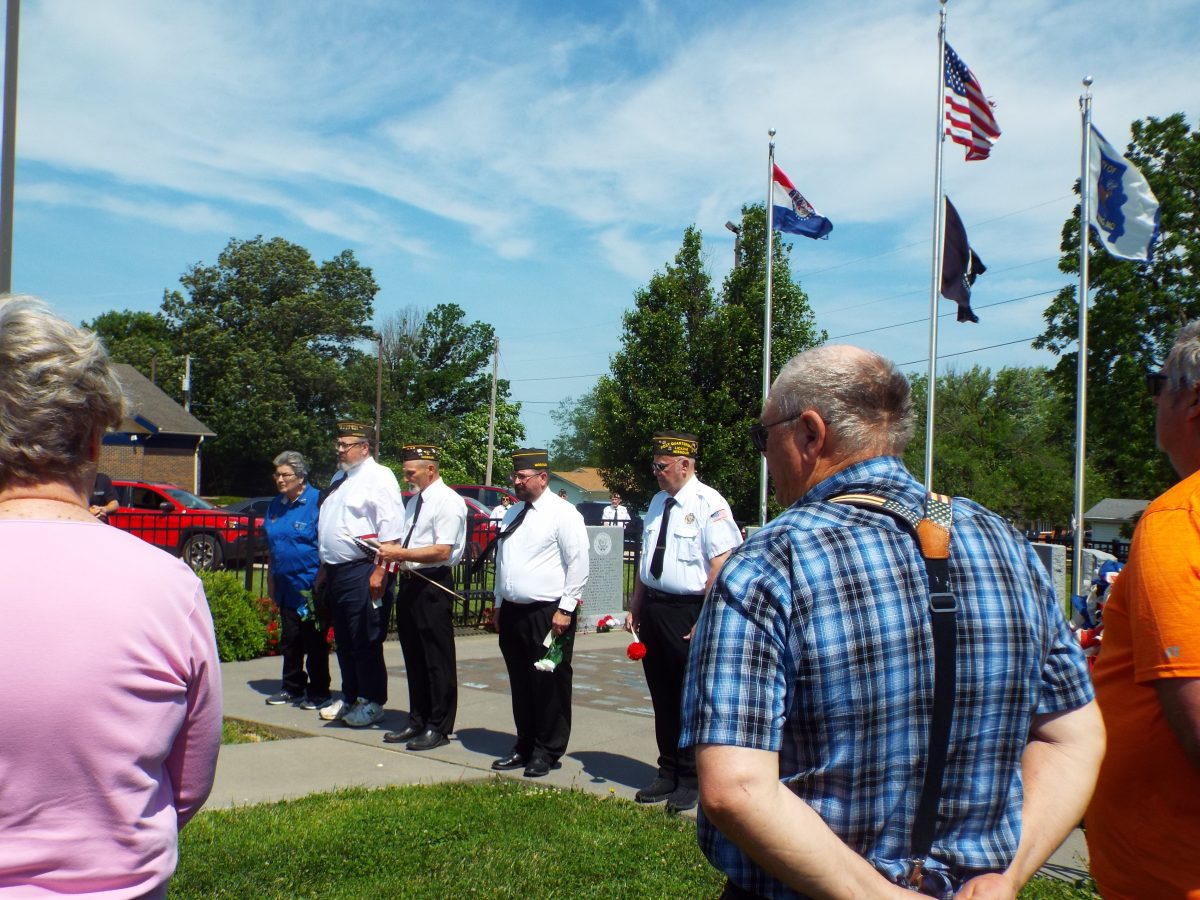 Photo by Christy Porter
The VFW Post 6337 and Post Auxiliary led the Memorial Day Service on Monday at the Memorial for the Fallen. Pictured from left are Princess Fahnestock, Aaron Hall, Billie Krewson, Eric Swingle and Harry Brevoort.

Lest we forget, Memorial Day is a day of observance and remembrance for those who died while in active military service.

The Veterans of Foreign Wars Licking Post 6337, the auxiliary, veterans, family and community honored and remembered those who fought and died while serving, in a Memorial Day service on Monday 30 at the Memorial for the Fallen. During the ceremony, Post Commander Billie Krewson reminded attendees, “Wherever the body of a comrade lies, there the ground is hallowed.”

Krewson began the ceremony with the Reading of the Orders, and offered a prayer for all military servicemen and women.

A three volley salute was given by Kimberly Wolfe, Jimmy Wolfe and Kyle Hale, followed by Bugler Ed Bennett sounding “Taps.” Krewson then closed the ceremony.

Prior to the Memorial Day service, 12 caps from the Armed Forces Day celebrated in Houston on May 21, were given to attending veterans.