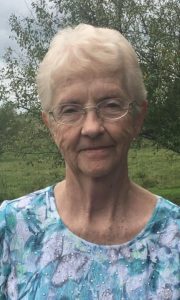 She attended school at Indian Creek, Brown Hill, Houston, and studied at SMS.

Shirley and Herb left Houston after they married for East Chicago, Ind., where he was employed with Inland Steel Company’s fleet, and made that home for 18 years.

Shirley loved reading her Bible through many times. Her favorite hobby was tracing her family history. Shirley and Herb made many trips across the country doing research. She served as president of Texas County Genealogical Society, of which she was a charter member, from 1990 until May of 2022.

Shirley loved the farm life, making a garden, digging in her flower beds, and taking care of the farm and cattle when Herb was away working. With all her busy life, her greatest love was for her Lord and her family. She never tired of being a busy wife, mom, grandma and great grandma.