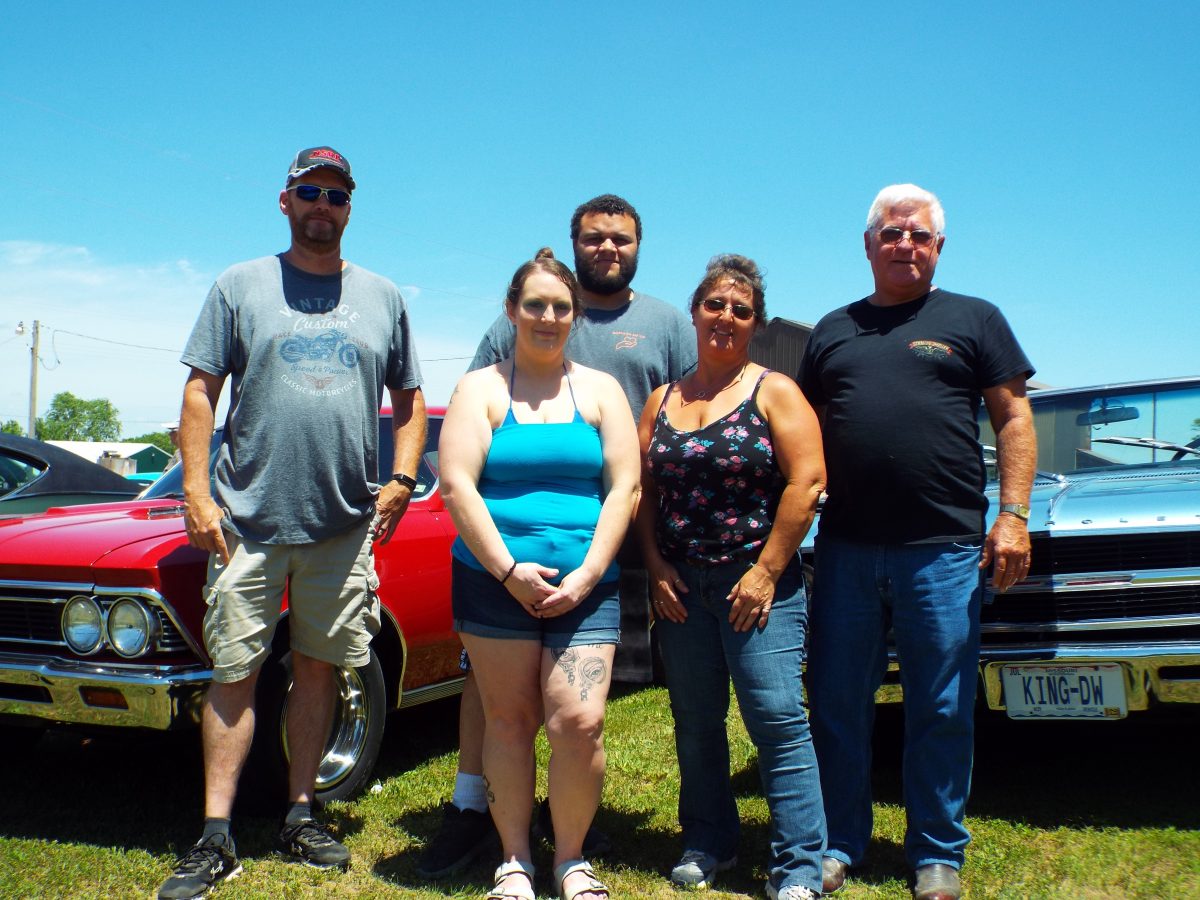 Photo by Christy Porter
Organizers for the fifth annual “Kingtown Cruise In” were, from left, back: Doug Hebblethwaite, Thomas Wagner and Dennis King; front: Tina Wagner and Eileen Wagner.

The fifth annual “Kingtown Cruise In” held on Saturday was even bigger and better this year than previously. The classic vehicles still bring back sweet memories of times gone by for many attendees, while the younger folks enjoy seeing and learning about the vehicles and listening to the stories.

This annual event is held in memory of local resident Danny Hebblethwaite, who had hopes of hosting a classic car, truck and motorcycle event prior to his passing in 2014. Son, Doug Hebblethwaite, and nephew and best friend, Dennis King, have been hosting the “Kingtown Cruise In,” in his honor with plans to continue doing so.

“Danny wanted to do this; Doug asked if we could do it in his dad’s remembrance, so we picked a date, and we’ve done it,” said King. “We appreciate everyone coming in.”

Participation this year included 84 classic cars and trucks, with many members of the Salem Current River Cruisers Car Club and area enthusiasts. Also present were 15 motorcyclists with their bikes.

Stevie’s Small Town Karaoke and DJ provided music reminiscent of some of the same years from which the exhibits were rolled off the auto line.

Spectators brought the number of attendees to approximately 450 people. Food was provided with the assistance of the Wagner family, Eileen, Thomas and Tina, who helped serve 300 burgers, 150 hot dogs, and with the help of a volunteer who was also serving fish.

Near the food bar a donation jar was set up to assist a person or family in need. Donations were very generous, and this year’s proceeds will go to benefit an area person.

As to the turnout, Hebblethwaite commented, “My dad would be proud, and we do this in memory of him.”