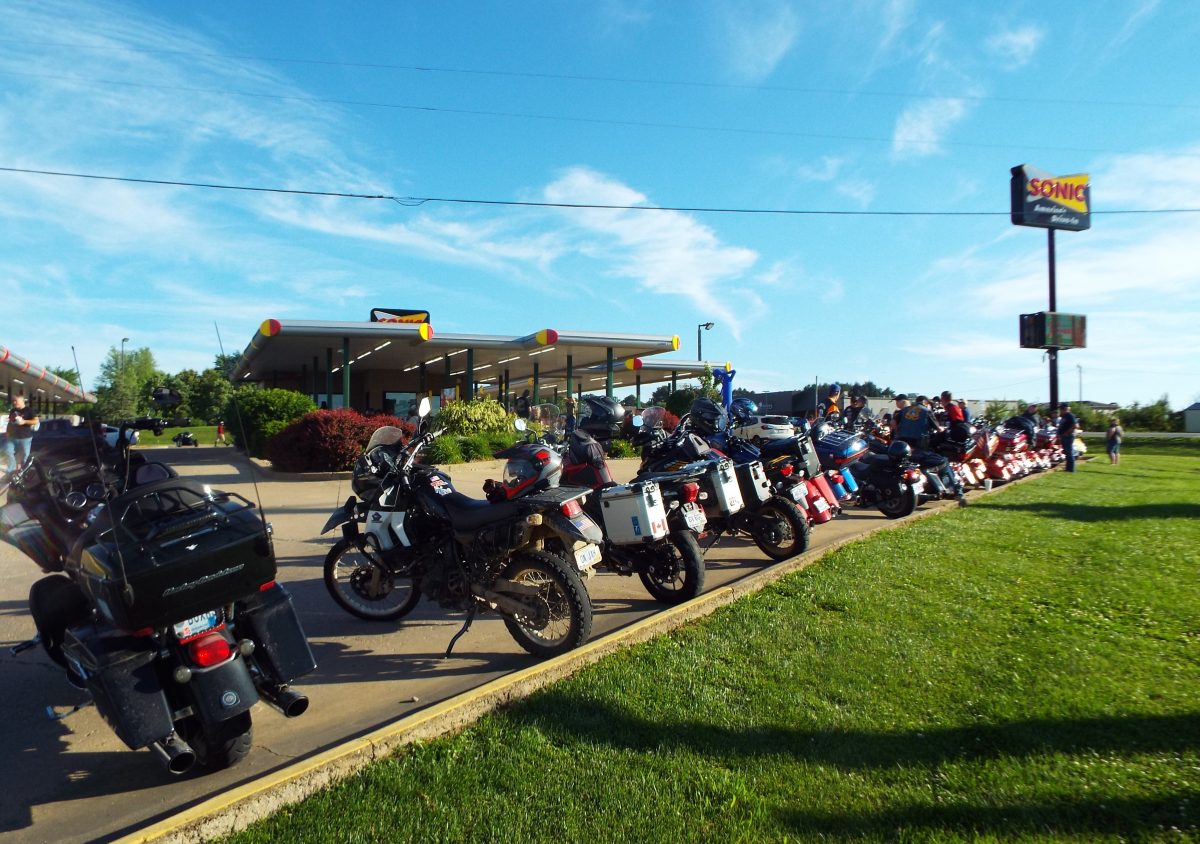 Photo by Christy Porter
Motorcycles surrounded Sonic for the season kick-off of the cruise-in.

The Motorcycle Cruise-In at Sonic officially began the season last Thursday evening after rainouts in April and May. It was a “Sonic Surround” as 78 bikes rolled in. The cruise-in is scheduled for the last Thursday of each month, but after the two spring rainouts it now also has an alternative rain date, which will be one week later on the following Thursday, if needed.

“Area bikers were ready for a night of laughter, prizes, good food and catching up with what everyone has been doing the last year,” said Sue Daniels, event coordinator. “Some have new bikes, some have done modifications and some have just been riding the wheels off of the same old ride. After all, when you have a nice ride, why change? Just take care of it.”

Rolla Lions Club members Shawn Hedge and Scott Jarrett attended, bringing the 2022 Ford Bronco Big Bend Edition and giving area residents and bikers the opportunity to get their chances to win. The Bronco will be given away July 4 at the Rolla Lions Club Carnival.

Two lucky bikers won a book of tickets for the chance to win the Bronco.

The music provided by Lew Lewis of “The Road Show” entertained the crowd, and young and old enjoyed Sonic Soda as he made the rounds and took advantage of photo ops.

Even truckers honked in appreciation of the showing as they passed the gathering.

Daniels expressed her sentiments with, “Thank you to all of our great sponsors! We are blessed to have such great support!”

It was a great start to the Motorcycle Cruise-In’s 13th year. The next scheduled cruise-in is June 30.