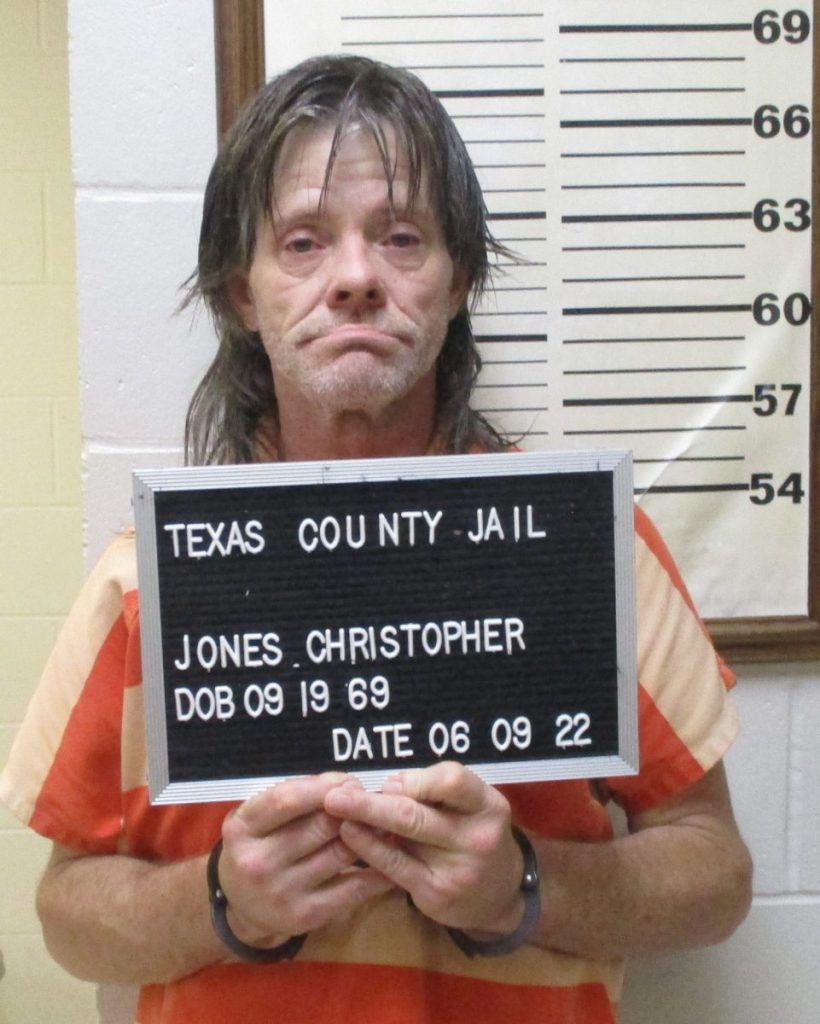 On June 9, 2022, a Licking officer responded to the Dollar General parking lot in reference to a suspicious person in a vehicle, reportedly injecting narcotics into their body.

Upon arrival, the responding officer observed the reported suspicious person exit the vehicle and enter the business. Contact was made with the subject, later identified as Christopher L. Jones, age 52, of Licking. The officer was informed by Texas County 911 Dispatch of an active felony Dent County arrest warrant for Jones and he was arrested for the outstanding warrant.

Per the request of the business, the vehicle was towed from the scene. During an inventory search of the vehicle, the officer located and seized a baggie containing a crystalline substance, which field-tested positive for methamphetamine. Multiple items of methamphetamine drug paraphernalia were also discovered within the vehicle. Jones was transported to the Texas County Jail, where he was released to the on-duty jail staff.

A Probable Cause Affidavit was sent to the Texas County Prosecutor’s Office seeking formal charges for possession of a controlled substance and unlawful possession of drug paraphernalia-prior drug offense.

The above information is mere accusations and is not evidence of guilt. Evidence in support of the charges must be presented before a court of competent jurisdiction whose duty is to determine guilt or innocence.