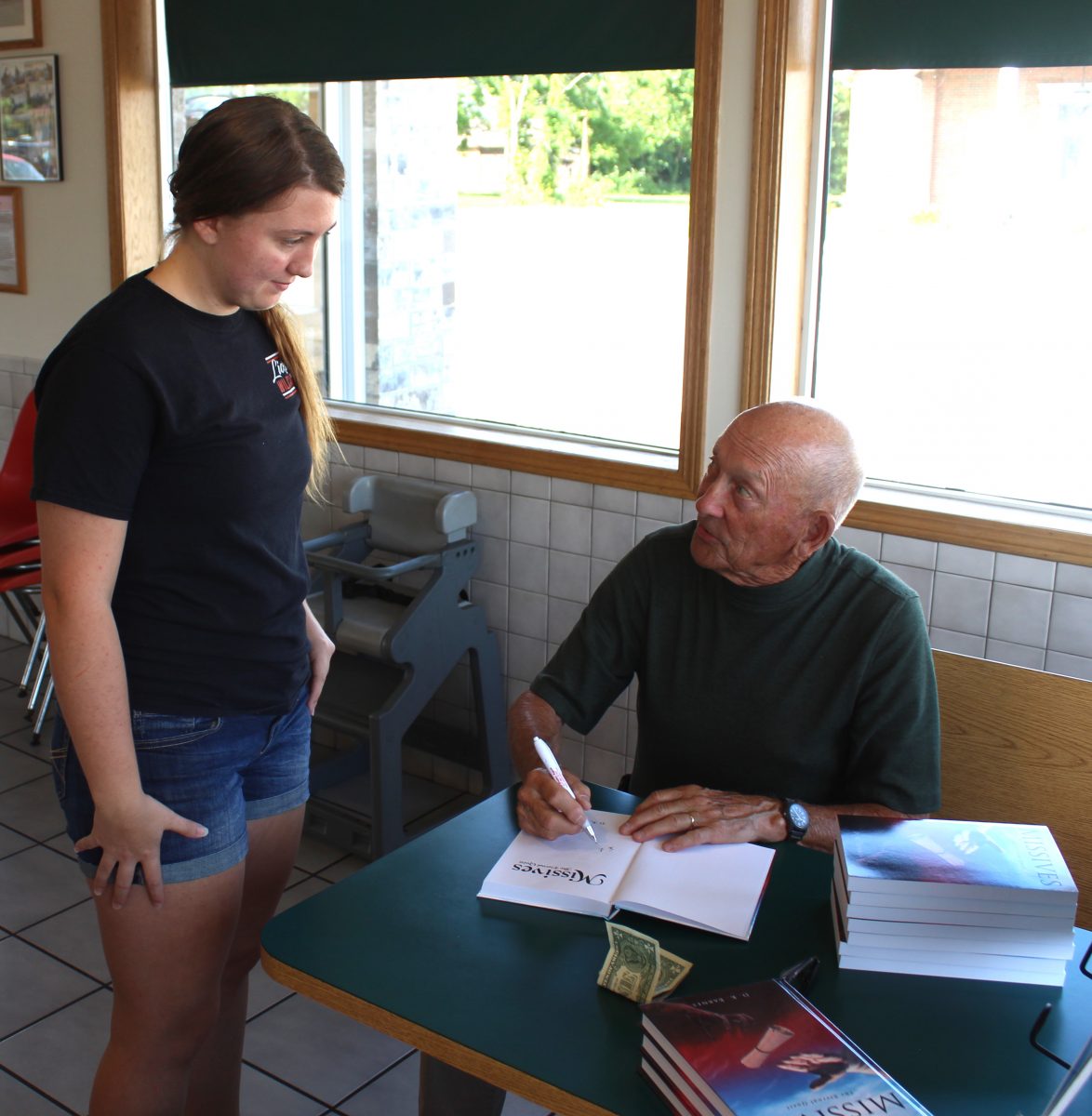 Photo by Shari Harris
Author DK Barnes autographs a book for Lizzy Lewis on Friday at the book signing at Hood’s Frosty Treat.

Long-time Licking resident and educator David Barnes held a book signing for his work, “Missives: The Eternal Quest” on Friday, June 17, at Hood’s Frosty Treat. Written under his pen name, D. K. Barnes, the work of Christian fiction is available to order online at Amazon.com, Walmart.com and Barnes & Noble, among others. It is also available locally at The Licking News office.

The novel follows the trials and temptations facing two main characters, a high school sophomore, LaRana, and a high school senior, Jalen, and their circle of family and friends.

Barnes credits as an inspiration for his novel C.S. Lewis’ “The Screwtape Letters,” in which a senior demon advises a younger demon on methods to lure people away from God. In “Missives: The Eternal Quest” the reader sees missives between an angel and a demon in their battle for the souls of the book’s characters.

Years of watching the struggles of young people whom he was entrusted to educate gave Barnes the insight to build his characters and portray realistic stumbling blocks faced in society. He developed the novel for the high school/college age reader, but feels it can be applicable to all.

“Missives” became available at bookstores in February. Though David and wife Wanda Barnes live in Rolla now, his decades in Licking and the role played by the Frosty Treat in the book led him to have his first book signing, of what will hopefully be many, in Licking.