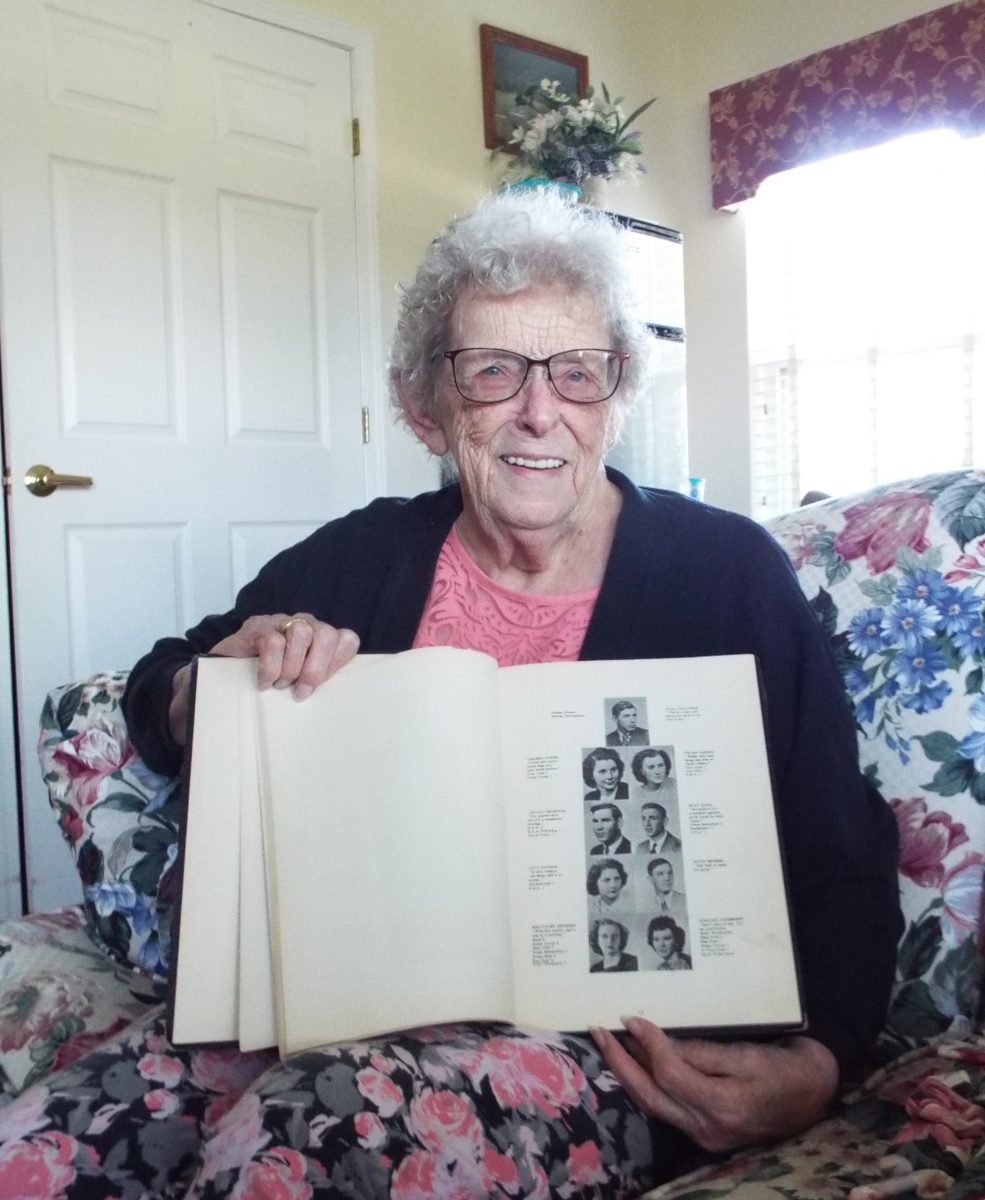 Photo by Christy Porter
Melvalee DeWeese Watson shares a “first edition” 1949 High Spots yearbook, with her and her many accomplishments pictured in the senior section.

As we have closed out the 2021-2022 school year at Licking R-VIII and we are enjoying the assistance and mentorship of our summer intern, Winter Murray, a timely call came into the office.

Melvalee DeWeese Watson called regarding other business, and when resolved, she said, “I have a copy of the first yearbook for Licking Schools.”

The managing editor replied, “May we see it?” Her response was enthusiastically supported by intern Murray and publisher Shari Harris.

Before we go much further into this story, we are aware of another “first edition” of a Licking High School yearbook, compiled by seniors and published in 1915 by The Licking News. Presently there are three known copies of this yearbook.

Perhaps the distinction may be that the “first” 1915-yearbook edition was inclusive of only the high school, which for some as yet unknown reason omitted sophomores, while the 1949 “first” edition was all inclusive of the first through twelfth grades. 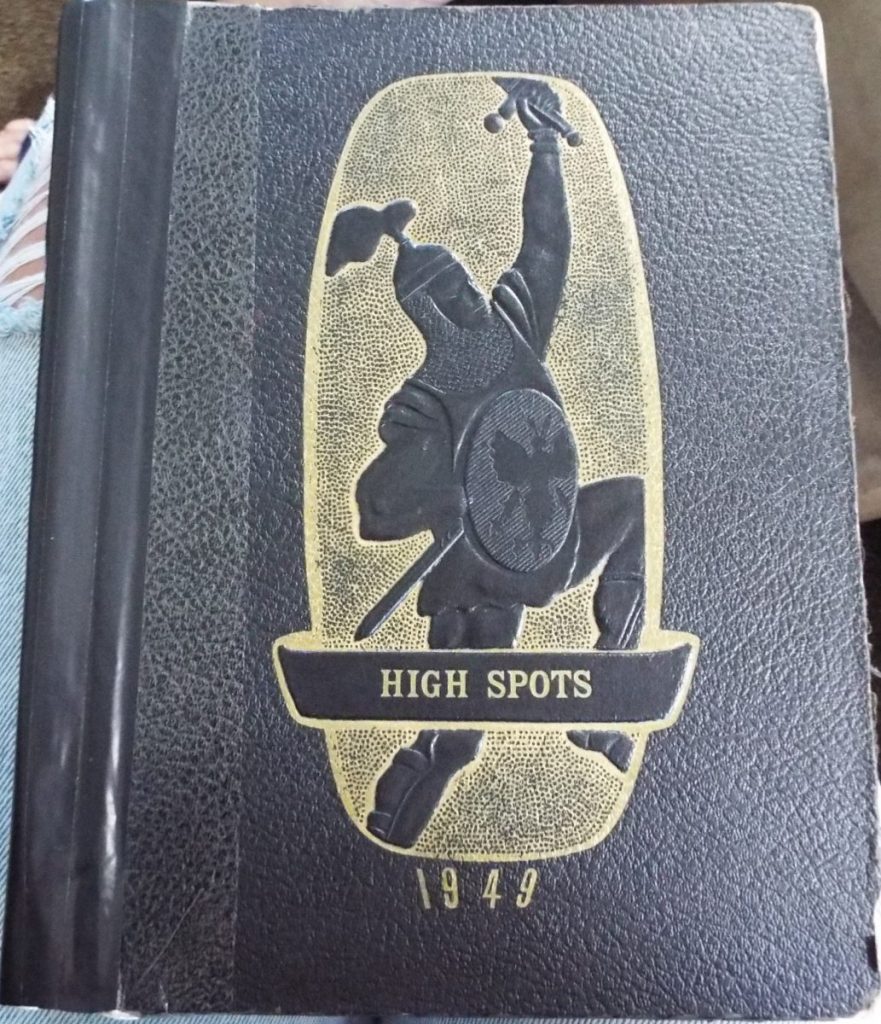 Photo by Winter Murray
The front cover of the 1949 High Spots yearbook, a worn treasure book of memories.

No other copies of a Licking yearbook have been located until the year Watson was a senior in 1949. The Licking R-VIII library has copies of the school yearbook, High Spots, beginning in 1950 through the present time. Perhaps the lapse was due to world events, such as wartime, and shortages of even the most basic of necessities.

The 1949 edition states in the foreword that it is “a truly representative annual” for the entire year before publication. “This is the first time that the students of L.H.S. have compiled a yearbook,” it states. It was accomplished in a short period of time, beginning in the fall, with material due to the publishers by February 1.

Watson moved to the Licking area when she was in the fourth grade but due to alternate years being taught in the schools she was put in the fifth grade to continue her education.

Rising through the grades her interests were the fine arts, singing, music and drums. Many times she took her drum solos to state and brought home number one ratings. 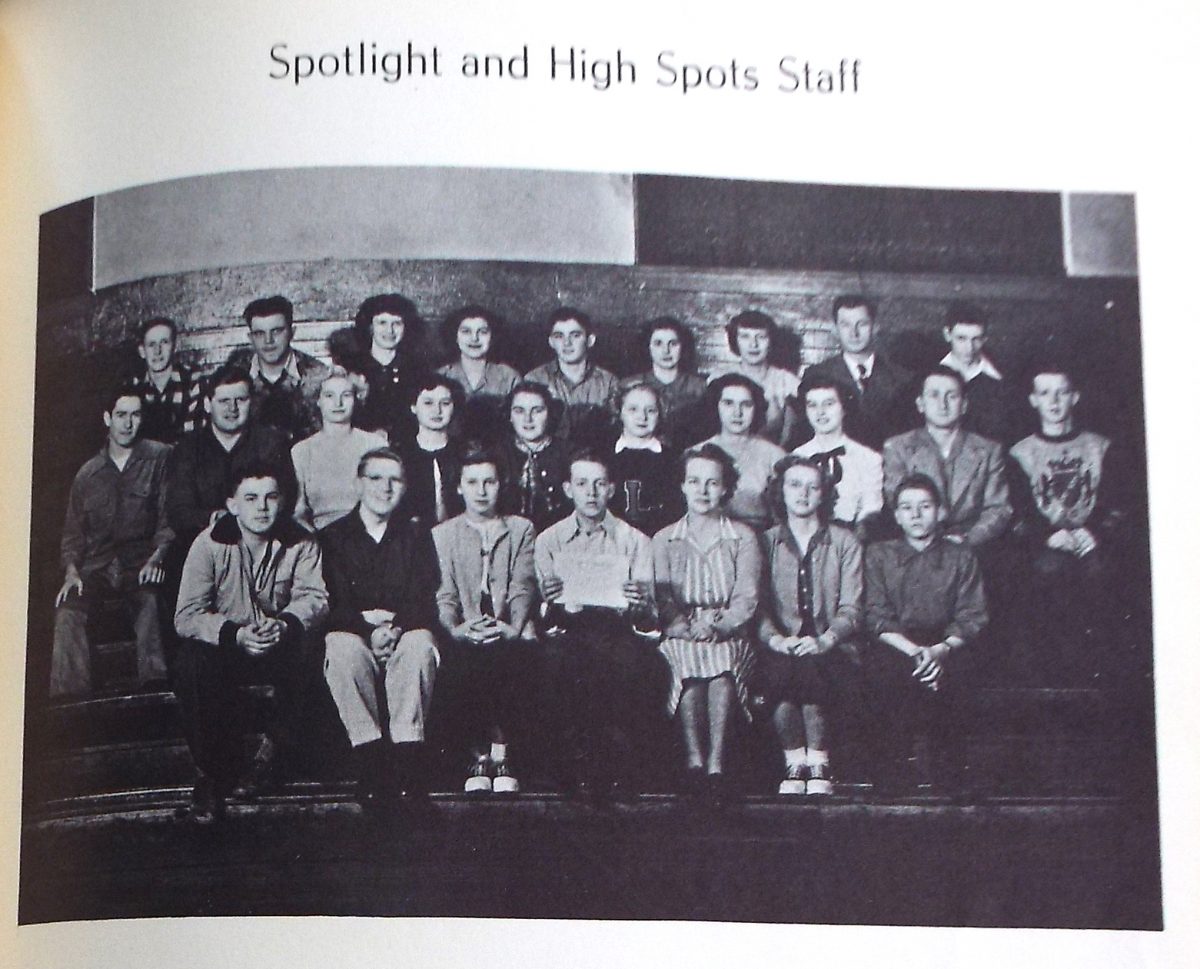 The 1949 staff from the Spotlight newspaper and the High Spots yearbook.

As she recalls there was no training when the Class of 1949 decided to compile High Spots. But with Bill Walker as editor, Watson enthusiastically jumped right in as his assistant.

The yearbook was done as an extracurricular activity for the approximately 20 students who participated, with the Commerce teacher, Helen Wilson, as the advisor, and the assistance of additional advisors.

“We had four months to complete this project, so committees were selected, jobs were assigned, and student photographers took pictures,” shared Watson.

Then, as now, a professional photographer took the individual photographs of the seniors, and class photos were taken of the younger grades. Advertising and sponsorships were sold to help make the yearbook a reality.

“It was all very hands-on and manual,” said Watson, unlike the digital composition of the yearbook today.

There was also a school newspaper, a monthly publication named Spotlight, done during this period. It was a small paper, one 8-1/2 x 11 sheet, and was copied on a mimeograph machine. The Spotlight is no longer produced.

“I loved working on the yearbook,” said Watson.

She has kept her 1949 yearbook these many years, and refers to it for reference on people in it and also the many memories it recalls.

The yearbook continues to be published as High Spots through today. Consistently class photos for all grades have been included in the yearbooks, often the lower grades being separated at the end of the book. Quotes from the seniors were included until 2016, when it was discontinued and an additional action shot was added.

“The 2022 High Spots yearbook was completed with a staff of ten people and an advisor,” shared Murray, a 2022 yearbook staff member.