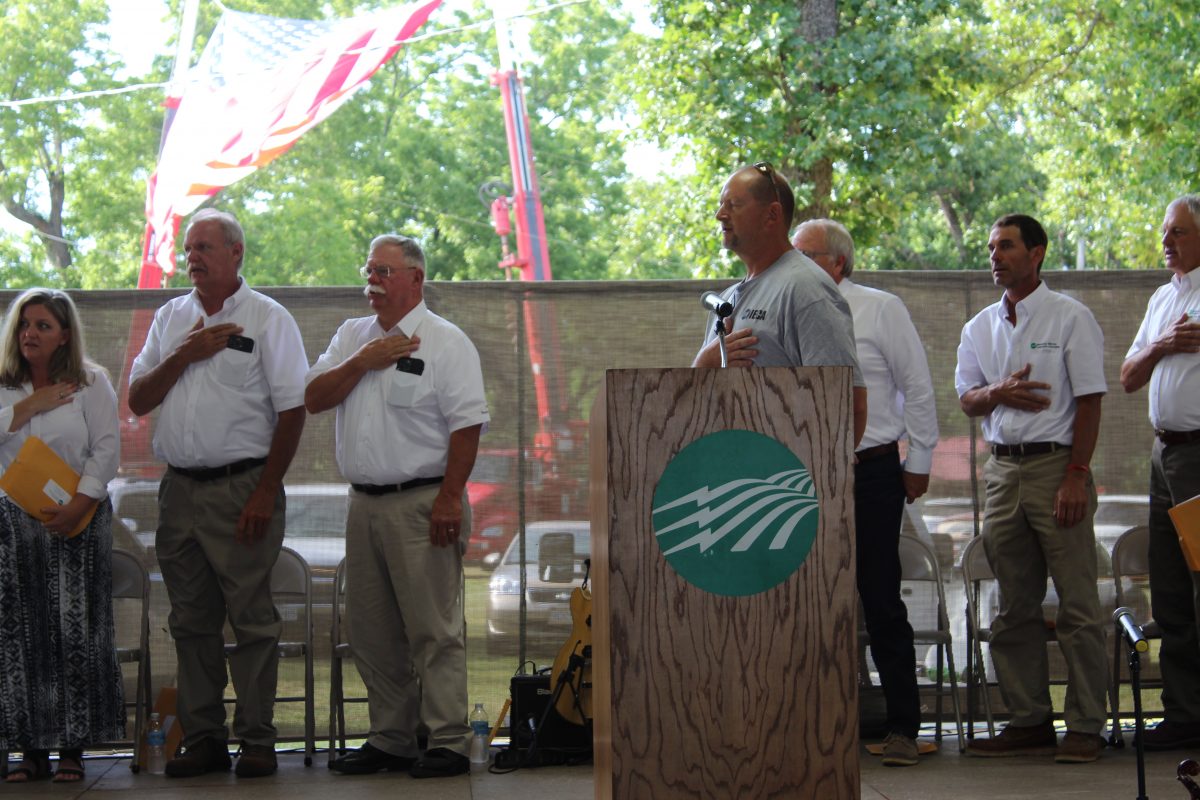 Photo by Shari Harris
Directors, administrators, members and guests recited the Pledge of Allegiance near the beginning of the 2022 Annual Meeting on Friday. Economic Developer/Key Account Representative Tony Floyd led the pledge

Intercounty Electric Cooperative Association (IECA) held their 2022 Annual Meeting of the Membership on Friday, June 24, at the Old City Park in Licking. More than 1,000 members, their guests, vendors and IECA employees were in attendance at the event, which included the business meeting, a health fair, a craft fair, entertainment by The Marks Family, and more. 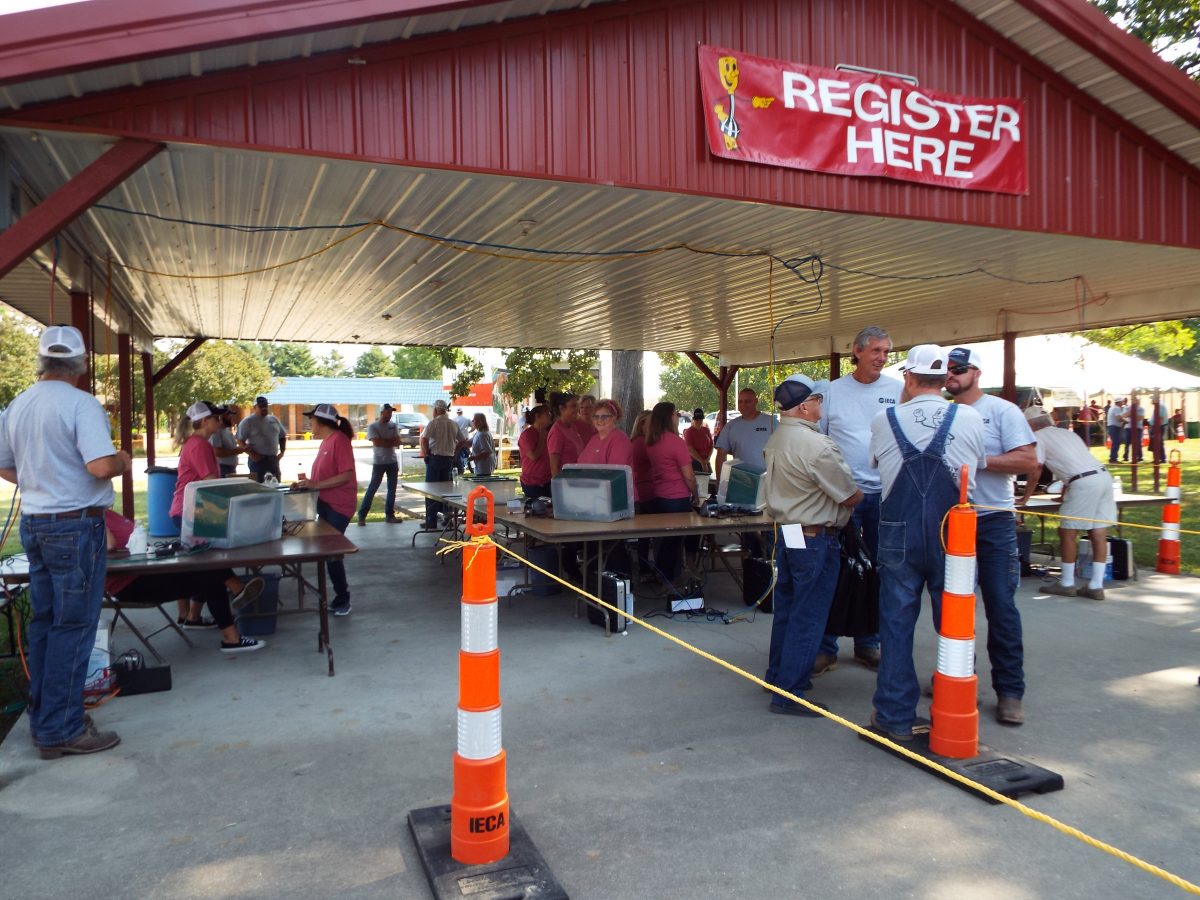 Photo by Christy Porter
The registration tables were ready to assist members who arrived for the meeting.

Members were allowed to vote by mail or in person for three open positions on the board of directors, and for three proposed Bylaw Amendments. Gina Zervos received 846 votes as the only nominee for the North District Position. Matthew Duncan received 865 votes as the only nominee for the Central District. Charles “Chuck” Manier won the election for the South District with 299 votes; Michael “Pat” Lybyer had 214 votes; Randy W. Kell picked up 211 votes; and Ted Sheppard collected 201 votes. The amendment regarding fiber optic communication services passed with 893 Yes votes and 65 No votes. The amendment removing director nominations from the floor during the annual meeting passed with 718 votes, compared to 213 votes against it. The final amendment to clarify language regarding director qualifications passed with 746 Yes votes and with No votes totaling 194.

Winners of capital credits at the meeting included: 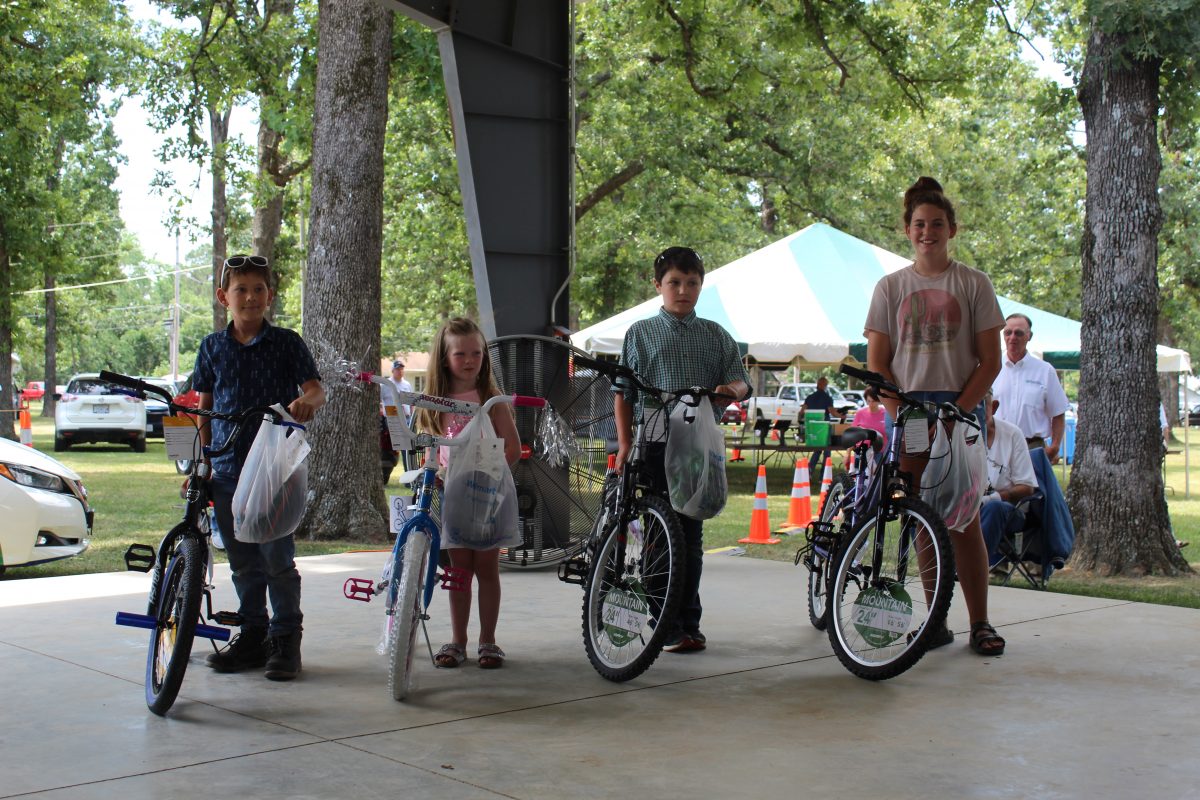 Photo by Shari Harris
From left, Nathaniel Pereslete, Paislee Duncan, Glen Robbins and Adalee Hart were the bicycle winners at the IECA Annual Meeting of the Membership.

A coloring contest was held in the kid’s tent. Two contest winners received a stuffed Buddy Bear for their efforts.

Breakfast was available for purchase, courtesy of the Raymondville Volunteer Rural Fire Department. A free bag lunch was served, including grilled hamburgers, at noon for the membership. As a reward for meeting the Operation Roundup goal for the year, ice cream sandwiches were passed out after the meal. 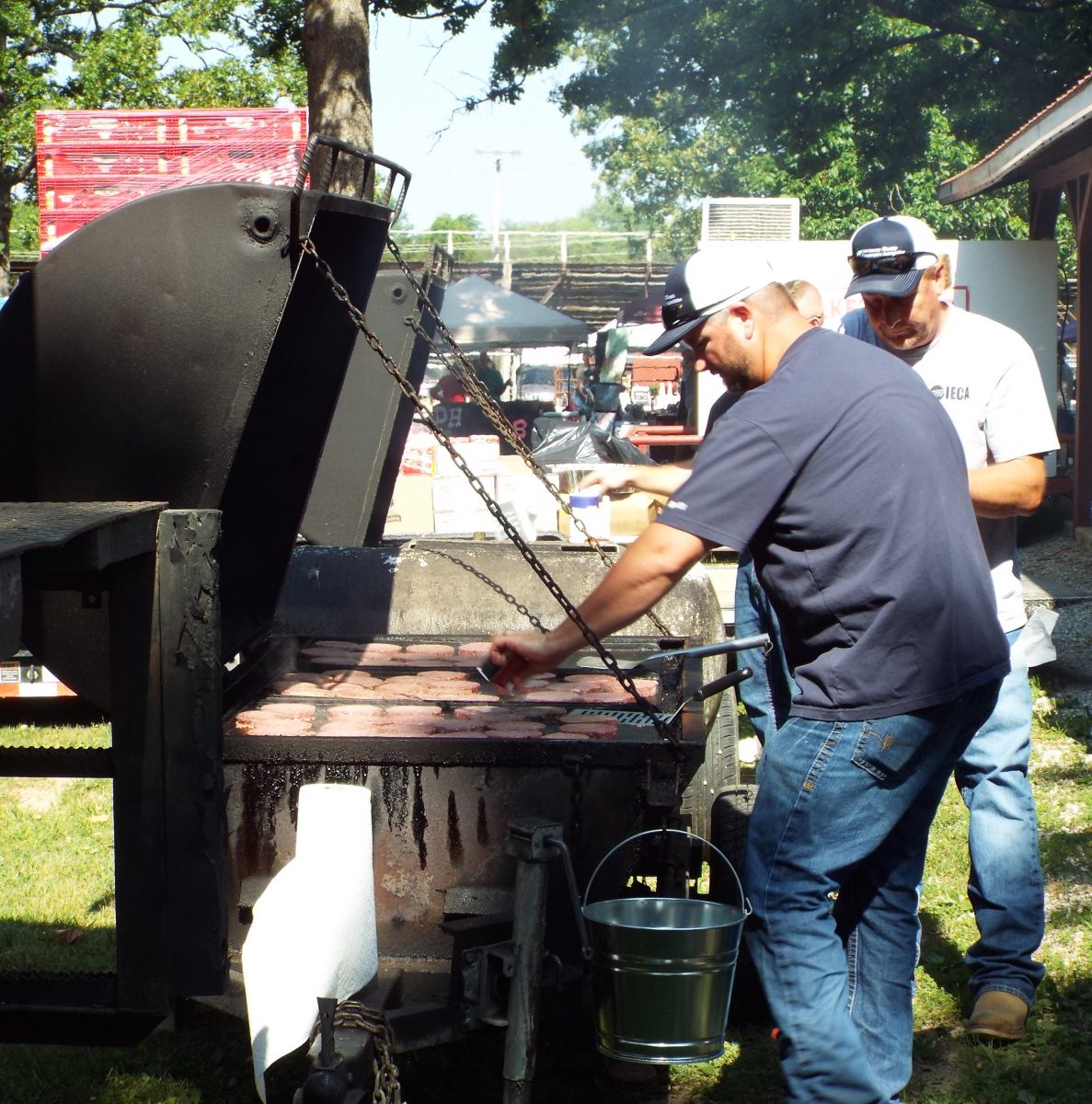 Photo by Winter Murray
It was a busy morning at the grill for these Intercounty workers, who cooked around 1100 hamburgers for bag lunches.

Though pre-COVID years typically saw larger crowds, it was a welcome return to the prior format of the meeting for those attending.