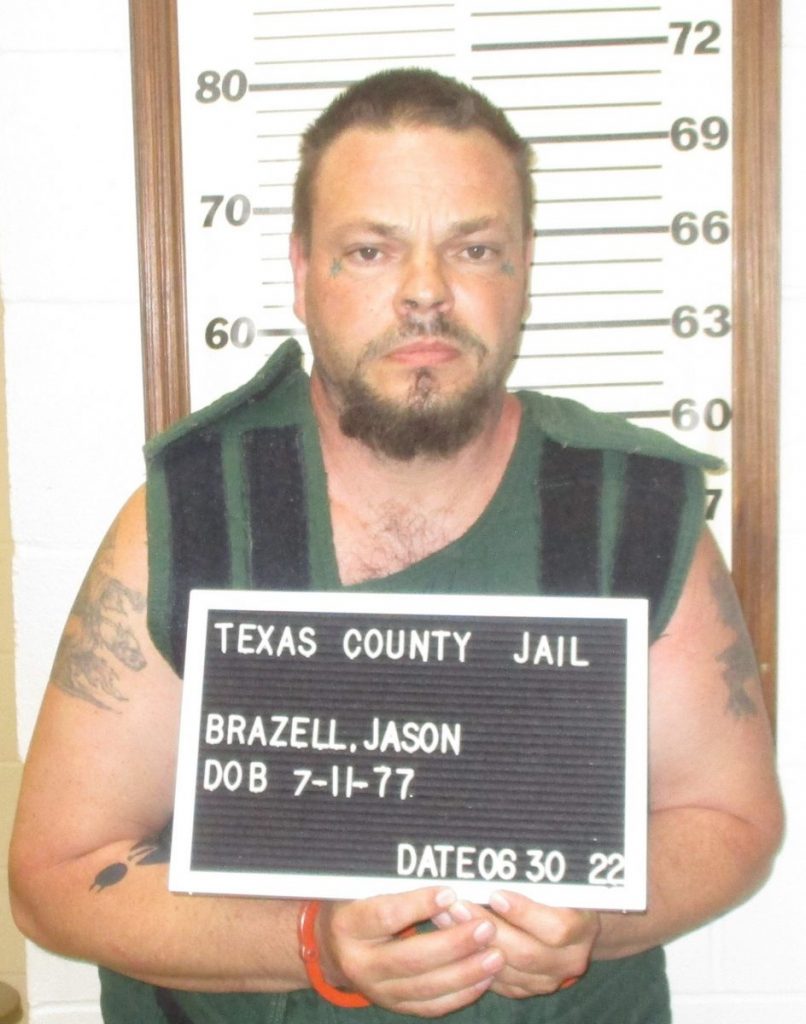 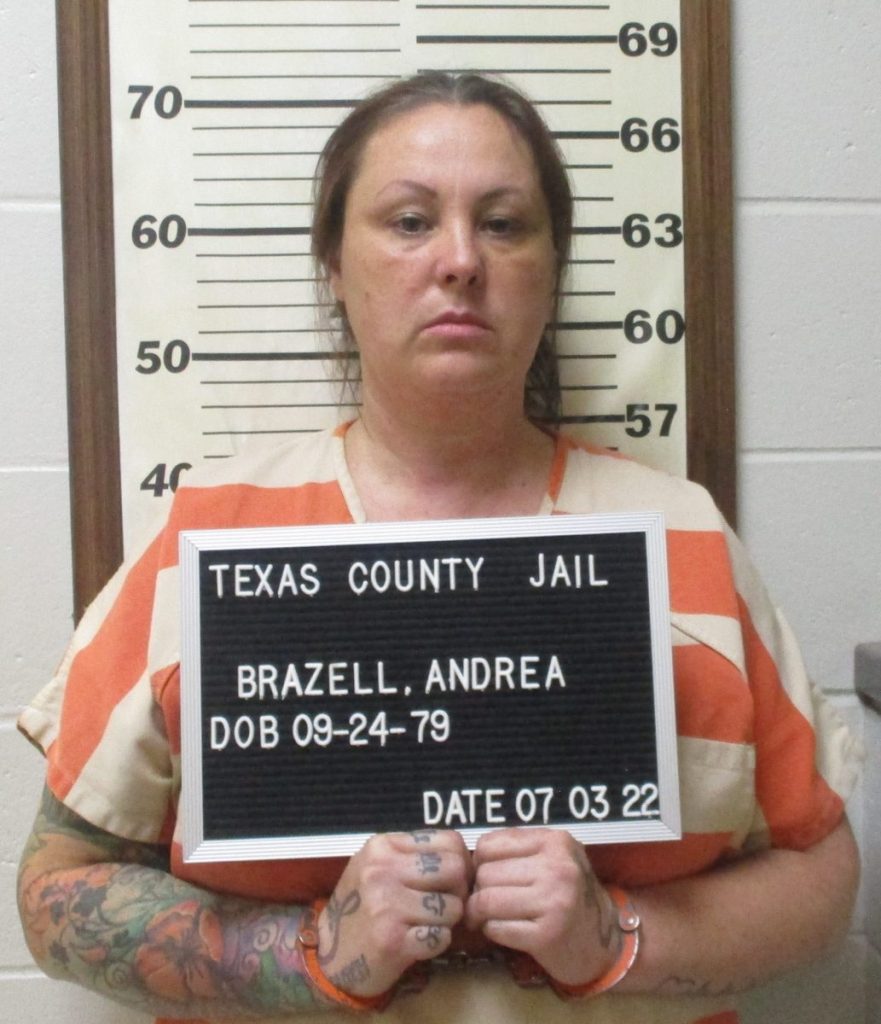 The Texas County Sheriff’s Office has responded to a residence in Roby for two separate shooting incidents within a three-day period, resulting in two arrests and one person injured.

On June 30, 2022, at approximately 1:10 a.m. deputies and the sheriff were dispatched to a residence on Roby Road for a report of a male shooting a rifle at family members and another guest. The reporting person and another family member fled into a wooded area near the residence and the male guest left the immediate area. Deputies arrived and set up command post a short distance from the residence. The family members were able to walk out to the safe area at the command post, while the suspect remained inside the residence. The suspect eventually exited the residence and drove a vehicle to the area where the deputies were stationed. Deputies stopped the vehicle and the suspect Jason Brazell was arrested. Two firearms were located in the vehicle with Brazell and multiple shell casings were recovered at the residence.

On July 2, 2022, at approximately 4:59 p.m. Texas County Deputies and the Sheriff responded to the same residence on Roby Road for a report of a male gunshot victim. Upon arriving at the scene, deputies discovered a 49-year-old male suffering from multiple gun shot wounds. Deputies secured the area for EMS and first responders, and the victim was transported by air ambulance with non-life threatening injuries. During the investigation, a resident of the home, Andrea Brazell admitted to shooting the victim. Andrea Brazell stated she shot the victim after he walked toward the front door of the residence. Andrea Brazell told investigating deputies she thought the male had a gun. Investigation revealed the male victim was not armed when he was shot, and he stated he put his hands up prior to being shot.