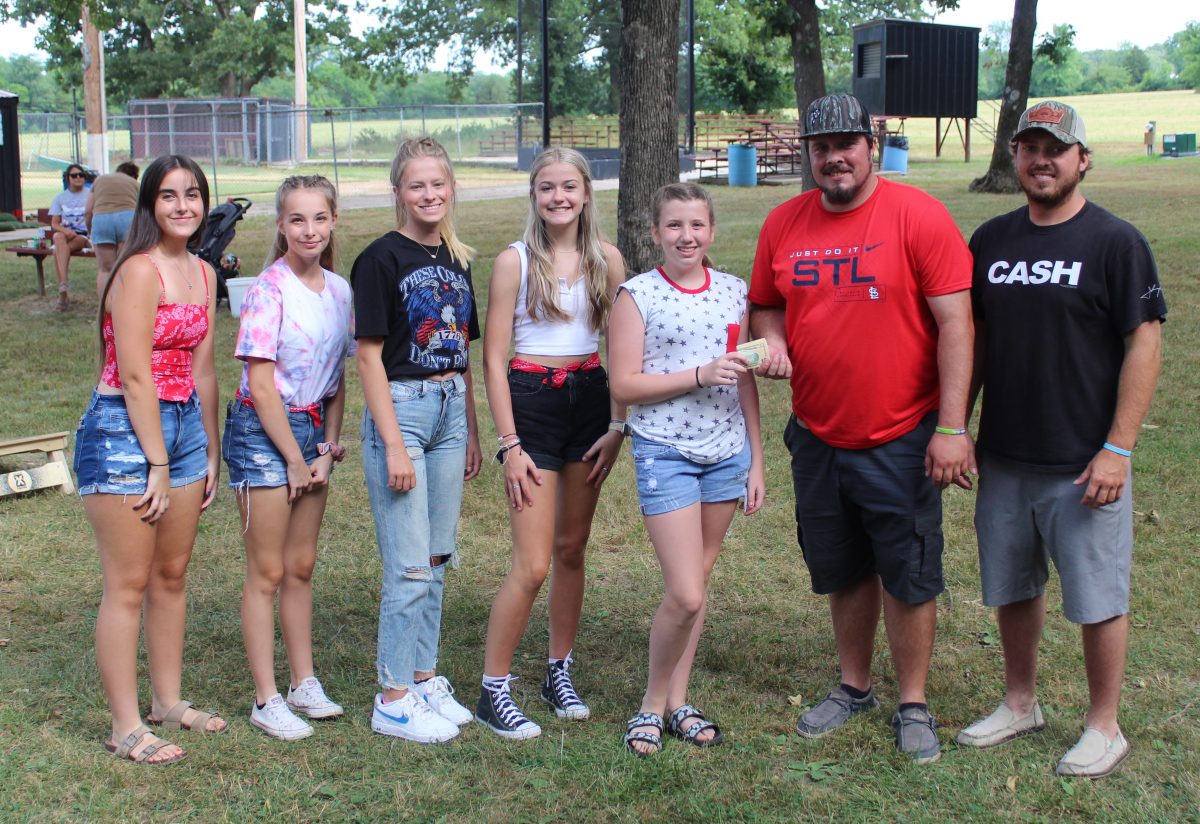 Licking celebrated Independence Day on July 2 with festivities at Deer Lick Park, culminating in a grand fireworks display at dark. 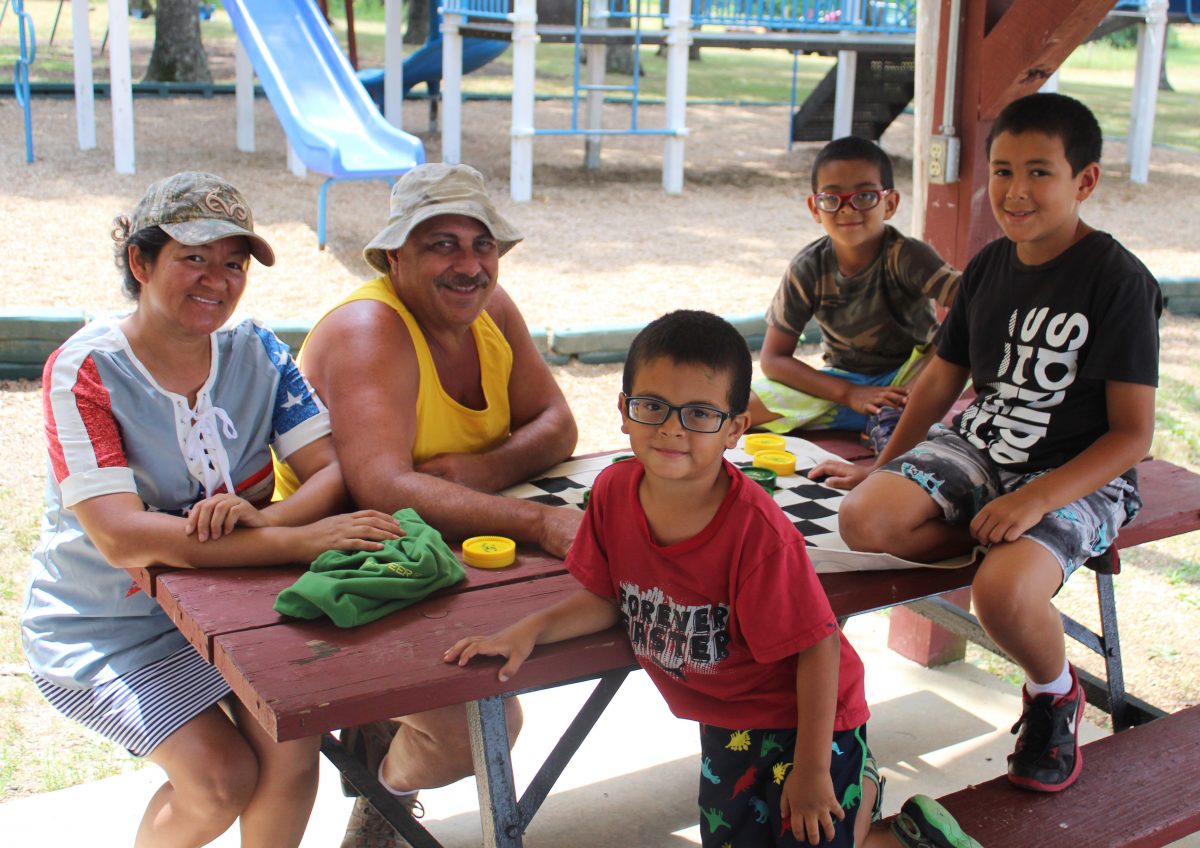 Photo by Shari Harris
Families enjoyed time together at the park, whether on playground equipment, playing checkers, as the Schouman family shown here were doing, or shopping the vendors and listening to music.

Fireworks have been a tradition on Independence Day since 1777, the first celebration of the United States’ July 4, 1776, declaration of independence from Great Britain. The pyrotechnics are no less popular today than they were nearly two and a half centuries ago.

An afternoon of fun in the park preceded this year’s fireworks. A bout of much needed rain threatened to spoil the cornhole tournament, a fundraiser for the Wildcat Travel Club. But a brief rain delay sufficed and six teams competed for about two and a half hours for bragging rights and a cash prize of half of the entry fees.

This year’s teams were the Cornhole Fanatics (Tyler Wade and Evan Dugger), the O’Daniels (twins Andrew and Steven O’Daniel), the Sharpshooters (Wyatt Porter and Tyler Hunt), Shawn/Brently (Shawn Sisler and Brently Morris), the Muddogs (Jake and Amanda Floyd), and the Hicks (Chuck & Christin Hicks). First place went to the Sharpshooters, second place was the Muddogs, and the Hicks finished third.

All cornhole players received a free drink at Grady Rae’s Coffee Company, one of the vendors at the event who provided hot or cold drinks. Several other vendors were available, as well. The Red Rooster Crew, with their bright red trailer, offered catfish dinners and more. Food for Your Soul Catering served tacos, burritos and quesadillas. One very popular spot for a meal was G’Ma Pam’s Rack Pack, cooking up their barbecue chicken and pulled pork sandwiches. They also had several tables of hoodies for sale.

Another raffle was completed by the Knights of Columbus at the event. Their Henry Golden Boy .22 lever action rifle and 245 piece Craftsman Tool Box raffle was drawn by Jordee Wiseman before the fireworks, with two lucky winners taking the top prizes.

Backwoods Production DJ & Karaoke service played music for the evening. Willie and Whitney Thornton’s business, based in Raymondville, donated their services to the community for the event, playing only for tips.

Stinson’s Crafty Creations was also on hand, with trinkets, cups and jewelry available.

One of the first booths passed by attendees was the ladies of the Church of Christ, who provided free bottles of cold water to help ease the heat of the day, truly a blessing to many.

Cars, trucks and lawn chairs filled the parking lot and the field adjacent to Deer Lick Park for the fireworks. People could also be seen gathering in yards in many places around town to see the fireworks, and they were not disappointed. Debbie Cook and other volunteers collaborated to give the community another grand Independence Day celebration.