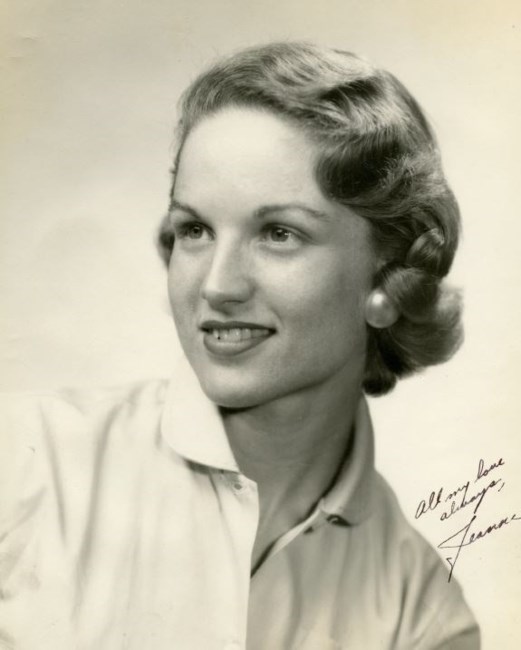 She lived on the farm at Blooming Rose as a child and later in the nearby town of Rolla, where she attended middle school and high school. She had fond memories of growing up in the Ozarks and returned as often as she could. She worked as an airline stewardess out of Chicago in the mid-fifties until she settled permanently in Houston, Texas, and returned to work as a real estate agent in west Houston in the mid-seventies. She was actively involved in having fun raising her kids, spending time with her friends and family, especially their kids, and enjoying all things Aggie-related.

She was preceded in death by her beloved husband Charlie (Chuck to his work buddies) Johnson. She is survived by her children, Lyn Schucking, Bret Johnson and Cori Hyland; nine grandchildren; and dear friends and family beyond count.

The family would like to thank all her wonderful caregivers at Eagle’s Trace, Elder Advisory Group, and Seniors Helping Seniors for the care and compassion they showed Jean in her final days.

Services were held in Houston, Texas, on Thursday, April 21, 2022, at Forest Park Westheimer Funeral Home, and on Friday, April 22, 2022, at St. John Vianney Catholic Church. Local services will be held on Saturday, July 30, 2022, at 10 a.m. at Beulah Cemetery. In lieu of flowers, please consider making a donation in Jean’s honor to the charity of your choice. Local arrangements entrusted to Fox Funeral Home. Online condolences may be left at www.foxfh.net.