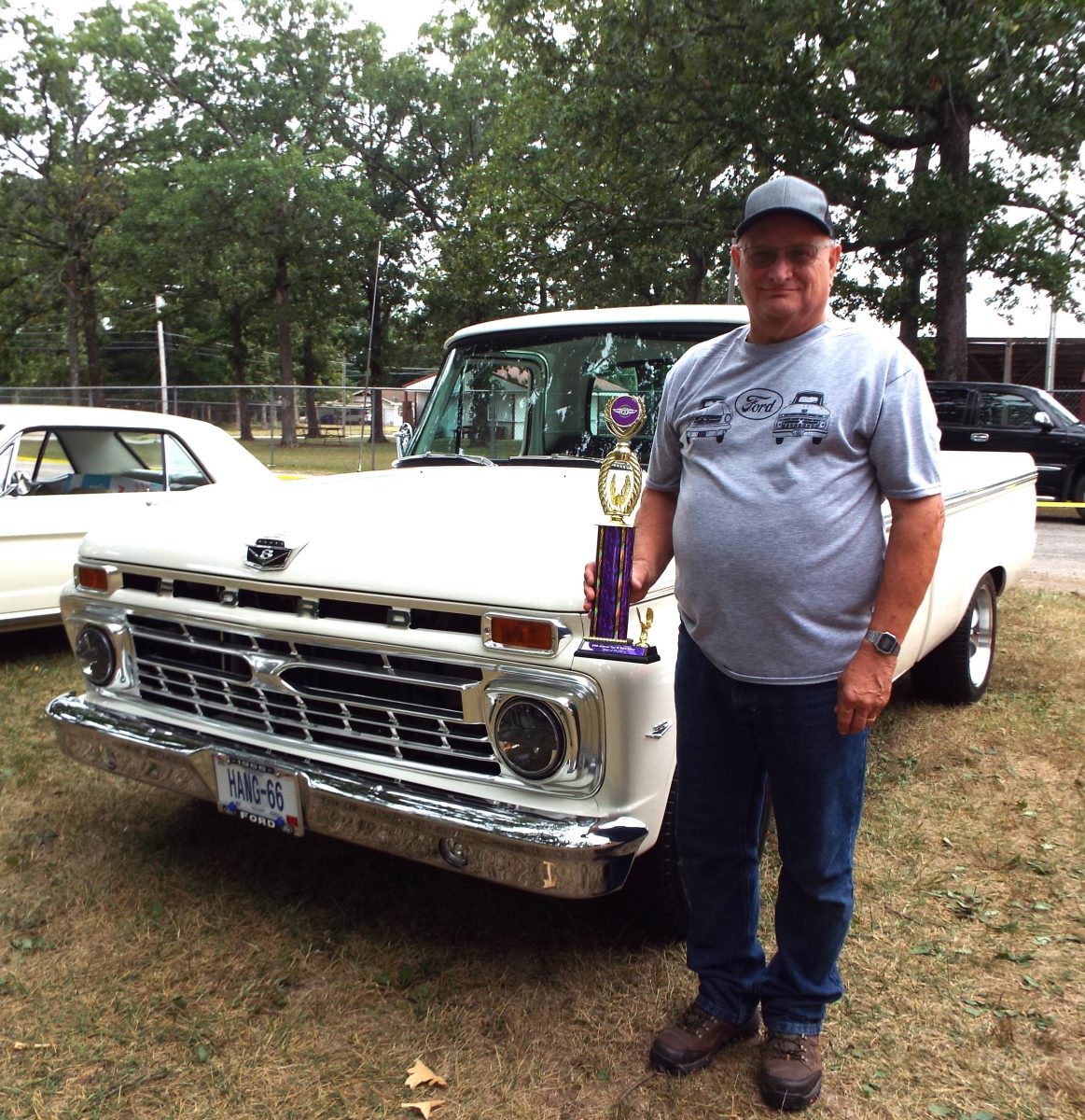 Photo by Christy Porter
Willie Hanger proudly displays the Best in Show trophy he received for his 1966 Ford F100.

The 37th Annual Rt. 63 Car & Bike Show was held Saturday, July 9, at Licking’s Old City Park. Despite a drizzly morning, more than 80 car and bike enthusiasts brought their treasured vehicles to show and to compete for bragging rights.

Door prizes were given throughout the day. Entrants received fun goody bags that included a 2022 Car Show t-shirt, upon entry.

Judges Tony Todaro, Shayden Hoylman, Mike Creech and Ronald Harrington had the unenviable task of deciding which of the entries would receive the title “Best in Show.”

Burgers and hotdogs, hot off the grill, from Bill Mares, were served by Renee Todaro, Tina Creech, Diane Nece and Martha Combs at the concession stand. They didn’t miss a beat as some danced along to the tunes being spun by Lew Lewis and Rick Harris of The Roadshow. Other Rt. 63 Car Club members were busy at the registration table and throughout the park, making sure the event ran smoothly. 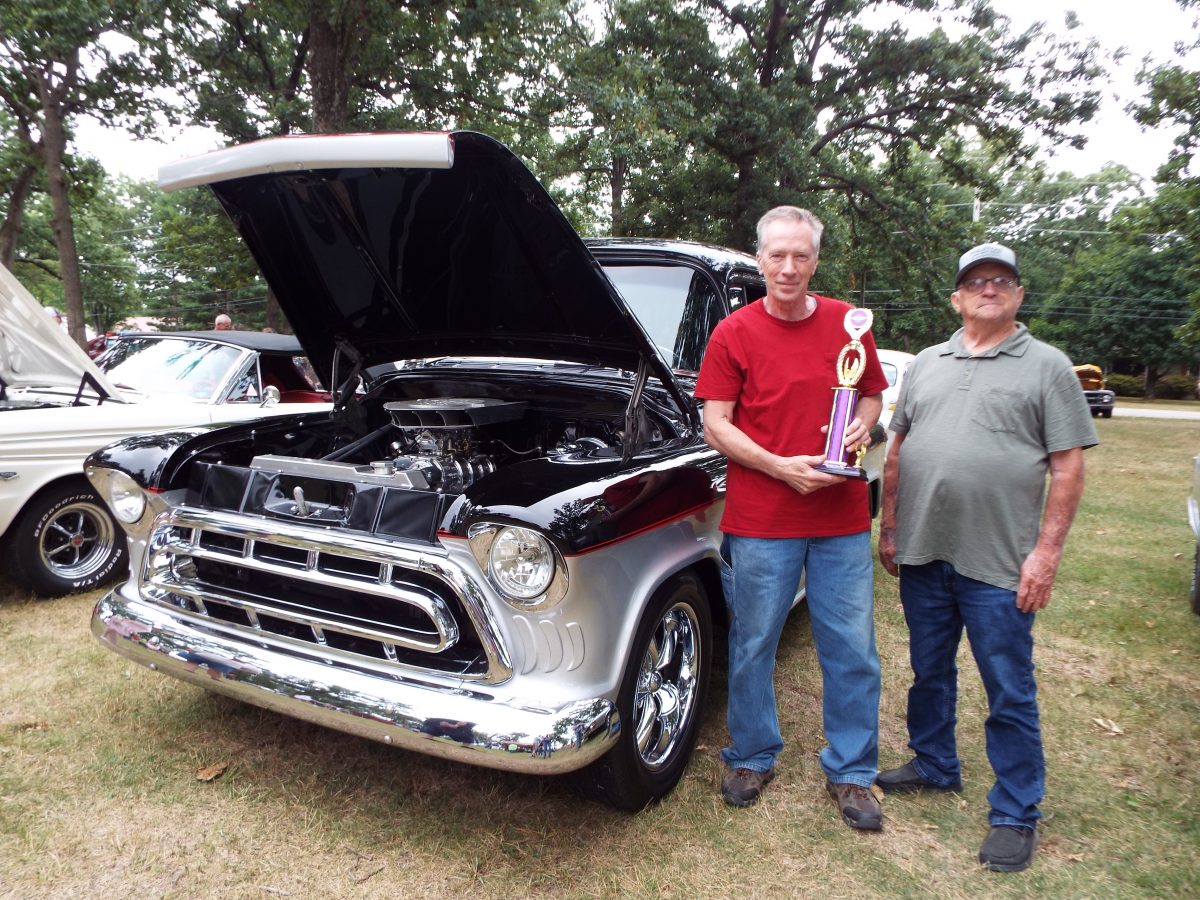 Young and old alike enjoyed the pleasant day visiting and looking at the old and newer model vehicles on display, at this, another great Rt. 63 Car & Bike Show.

The Rt. 63 Car Club is a non-profit organization.