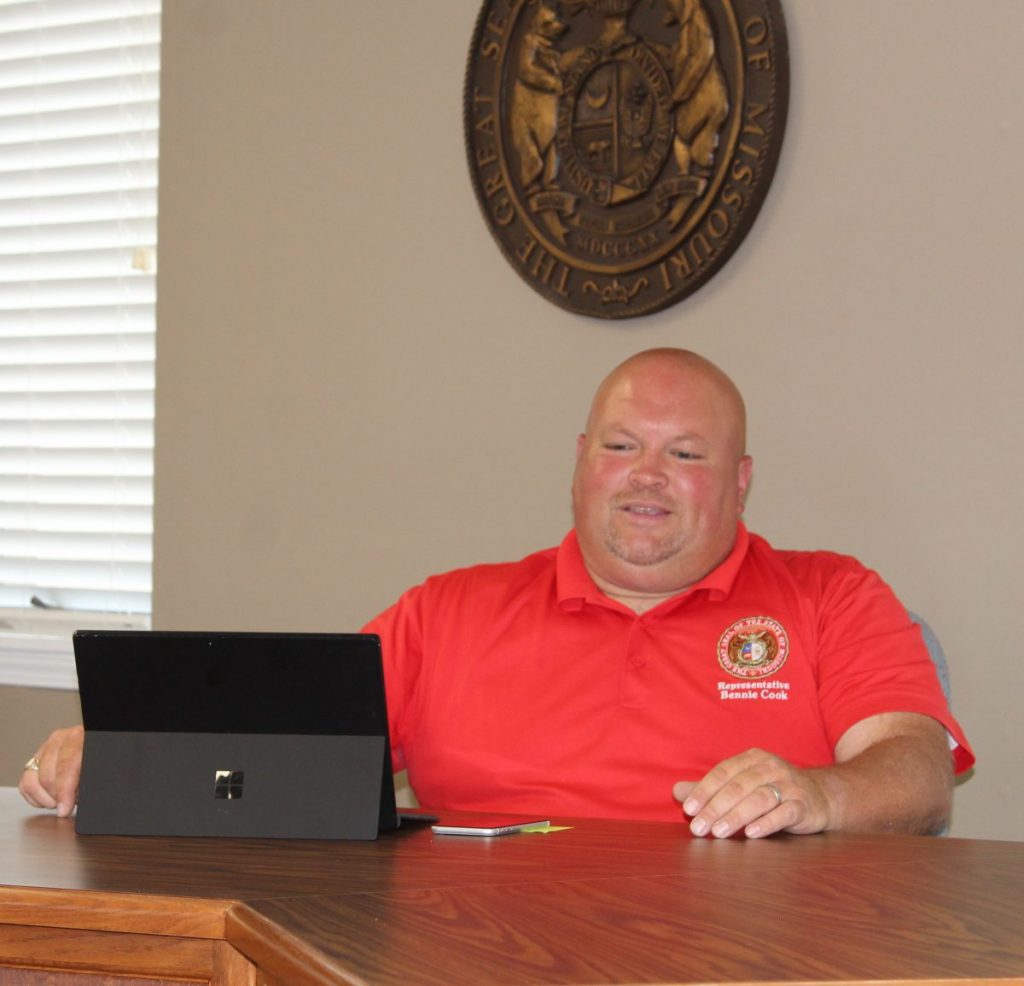 Cook discussed several topics brought up by constituents, including law enforcement needs and changes in the area, including upcoming sales tax increases and related effects.

The changes to Missouri State Highway Patrol coverage for the area were discussed, including high response times to emergencies.

Road conditions and proposed expansions to U.S. Highway 63 were brought up. The split of MoDOT service to the City of Licking between three sheds and related communication issues were reviewed.

The License Office returning to Houston and the confusion related to it were discussed. The office has been bid out twice with the outcome protested both times. It may be a couple of months before the Department of Revenue makes a decision on the most recent protest. It does not appear likely that current policies at the department would allow a license office to return to Licking.

Cook was asked what his agenda might look like if reelected next year. He mentioned efforts related to broadband access, working on recidivism at the county jail level with education and job training, improving teacher retention at local schools, and his goal of getting on the Budget Committee to help steer state funding toward local area interests. Cook mentioned the reassignation of the 7 to 8 million dollars that may be saved with the elimination of the Presidential Preference Primary Election in Missouri in January 2024, as a result of the passage of HB 1878.

Cook plans to bring his mobile office to local citizens quarterly in the future, with a hopeful return in October. He also would like to develop a weekly newsletter to keep constituents informed. Watch for notifications of upcoming mobile office dates to bring issues to Cook’s attention, or you may call Representative Cook’s Office of Constituent Services at 573-751-1490.