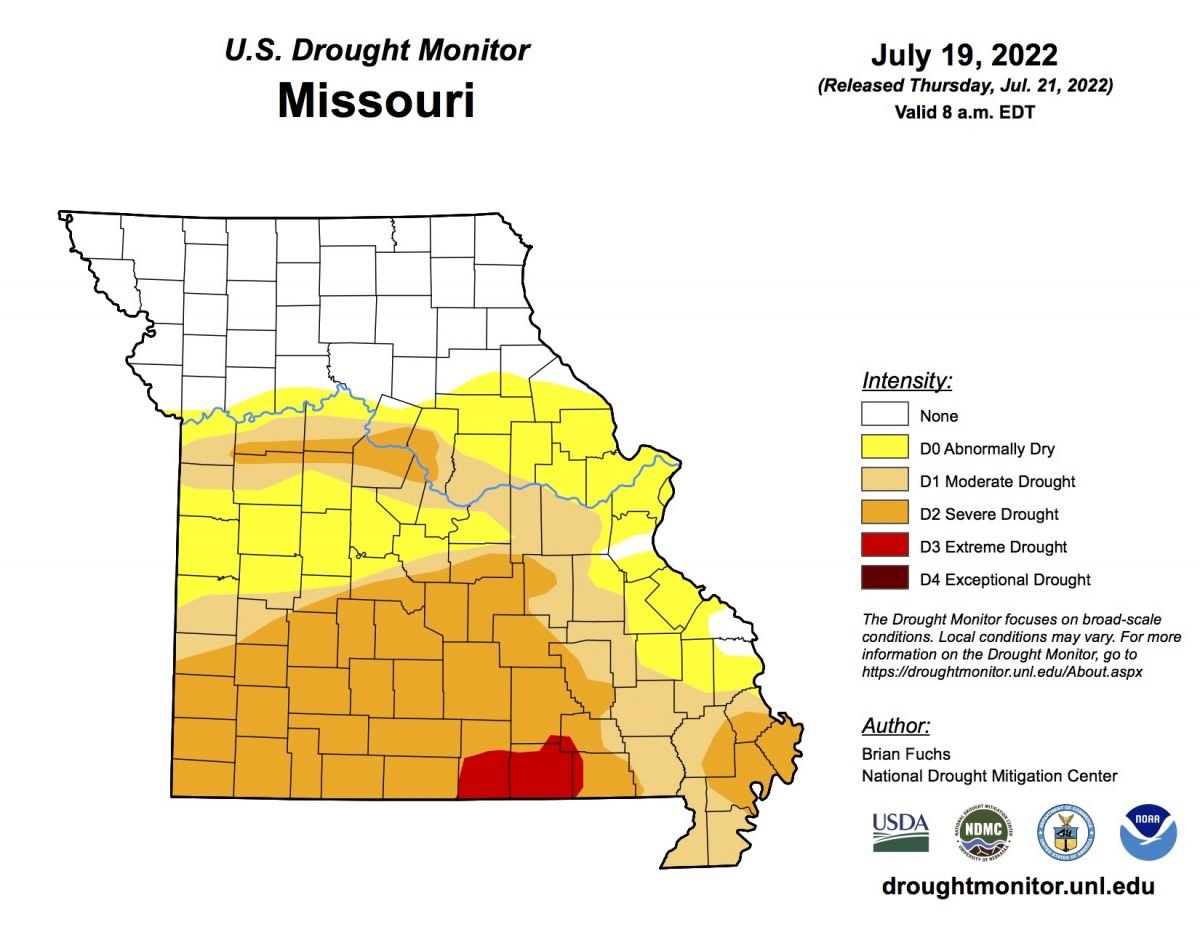 Governor Parson signed an executive order on July 21 calling upon the Missouri Department of Natural Resources (DNR) to activate the Drought Assessment Committee and the associated drought impact teams. According to a drought map released by the National Drought Mitigation Center the same day, Texas and surrounding counties are among those listed as being in a severe drought, with the exception of southern Howell County, which is considered an extreme drought area.

Governor Parson announced that the state has developed a variety of resources online at www.dnr.mo.gov/drought. Included in these resources is a map of sites available for obtaining water for livestock. Information will be added daily by DNR as it becomes available.

“Livestock producers are having to make difficult decisions about selling livestock because there is no pasture in many areas. Grain farmers are watching their crops wither before pollination. Conditions are difficult for many Missouri farmers and ranchers,” said Mo. Dept. of Agriculture Director Chris Chinn.

Missouri Department of Conservation (MDC) Director Sara Parker Pauley warned of the increased risk for wildfires and asked all to take extra precautions to prevent wildfires.

Drought conditions have affected trees in the area, with reports of hickory nuts falling prematurely in early July. Persimmons have also been seen on the ground in the past week. MDC Conservationist AJ Hendershott says most wildlife is not dependent on just one type of food source, and rain in August may save the acorn crop and other plants necessary for wildlife survival. Only time will tell what the impact will be.

This week began with rain, and more rain is forecast throughout the week. Ponds can refill and some plants and trees will recover from a very hot and dry July. But the effects of drought will persist for some time in our area.