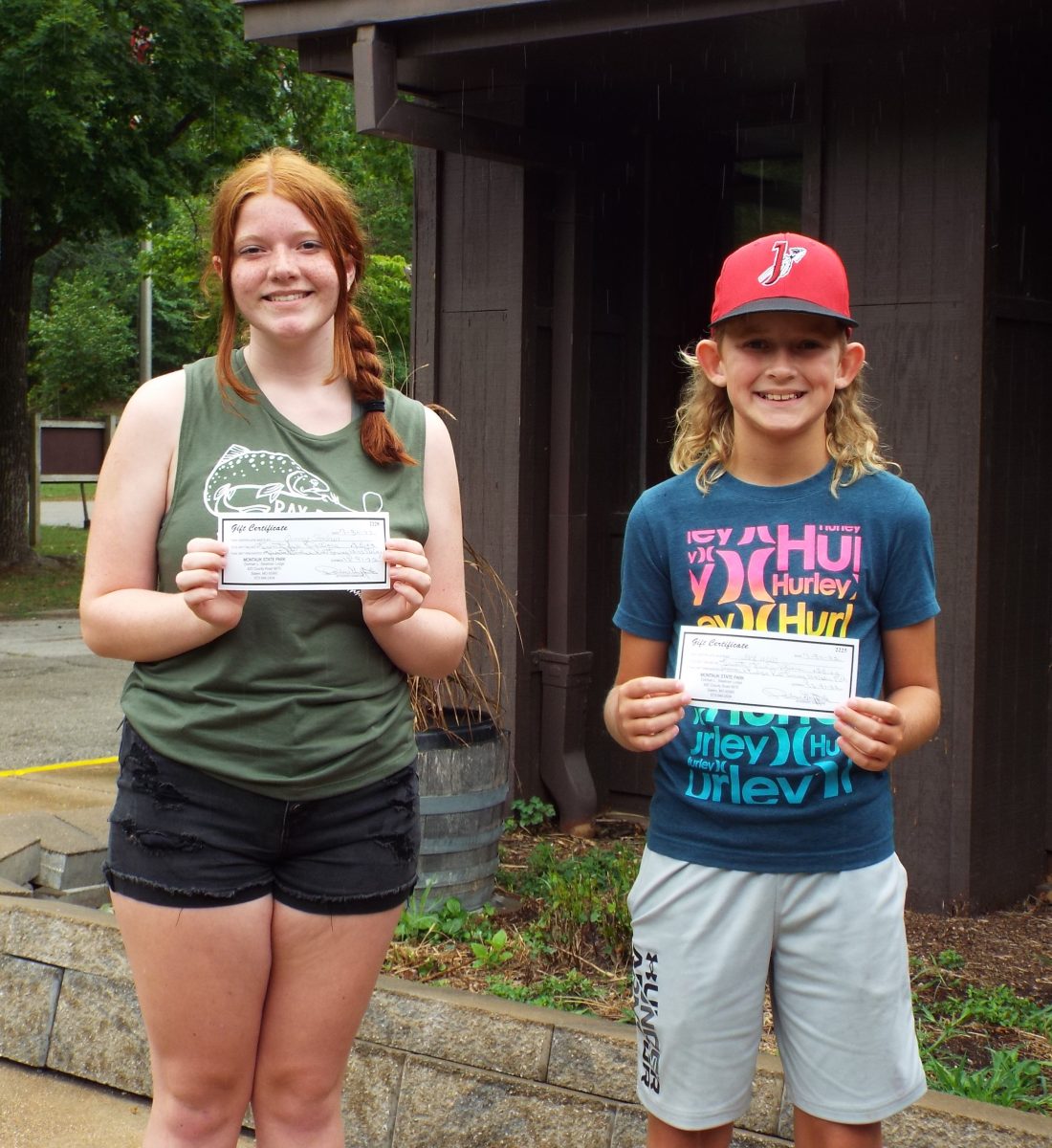 Photo by Christy Porter
Recipients of the Kids Trout Tournament gift certificates were, from left, Quincey Steelman and Jack Wills. Recipients not pictured were Addi Meier and Wyatt Marler.

Kids were casting, reeling in and weighing in at the Kids Trout Tournament held Saturday at Montauk State Park and sponsored by the Dorman L. Steelman Lodge.

The event has been held for over 30 years, shared John Johnston, a representative of the lodge. Lee Williams, Dorman L. Steelman Lodge, and Pete Hovey, Asst. Montauk State Park Superintendent, along with other employees, were at the tournament.

There were 63 entries and 47 youngsters weighed in prior to prizes being awarded at 2 p.m. Gift certificates from the lodge were awarded in two categories, with two age classes in each, by random drawing. 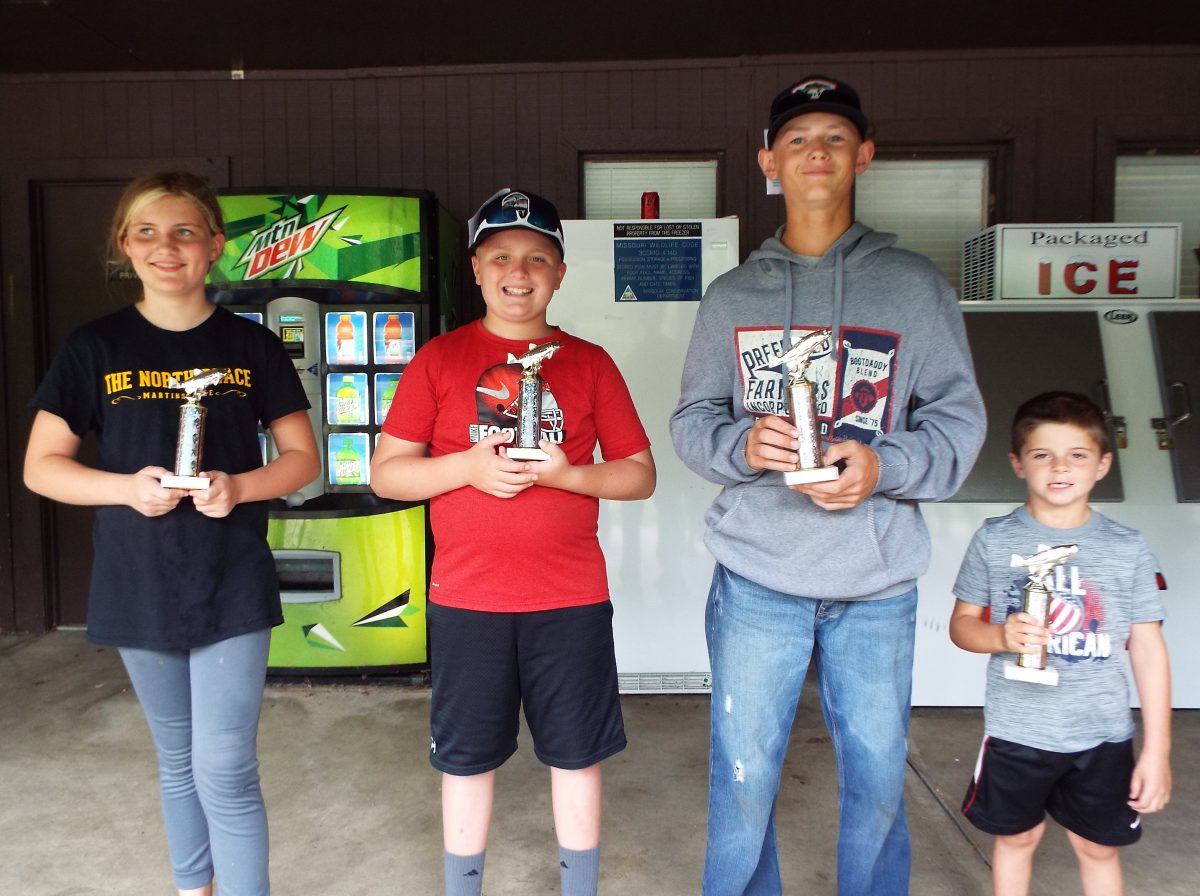 More than 20 members of the Parker family were present for the presentation of the trophies; they included three grandchildren, four great-grandchildren and four great-great-grandchildren. Grandchildren Lisa, Sherri, Lori, Kelly and Kristi established the Ray Parker Memorial in 1998 to promote youth fishing. In remembrance of Ray, who was an avid Montauk fisherman, the awards are given during the Kids Trout Tournament.

Young fishers, sister and brother, Hadley and Cooper, shared that when the whistle blew, Hadley did her first cast and reeled in her first fish of the day, while Cooper’s fish just would not stay on the line.

A.J. Regnier from Lawrence, Kan., came to visit especially so his uncle, Kendel Beard, could take him fishing, and they were having a great time.

This is proof positive that fishing is an outdoor activity enjoyed by the young of all ages and is definitely a family tradition, or one in the making!