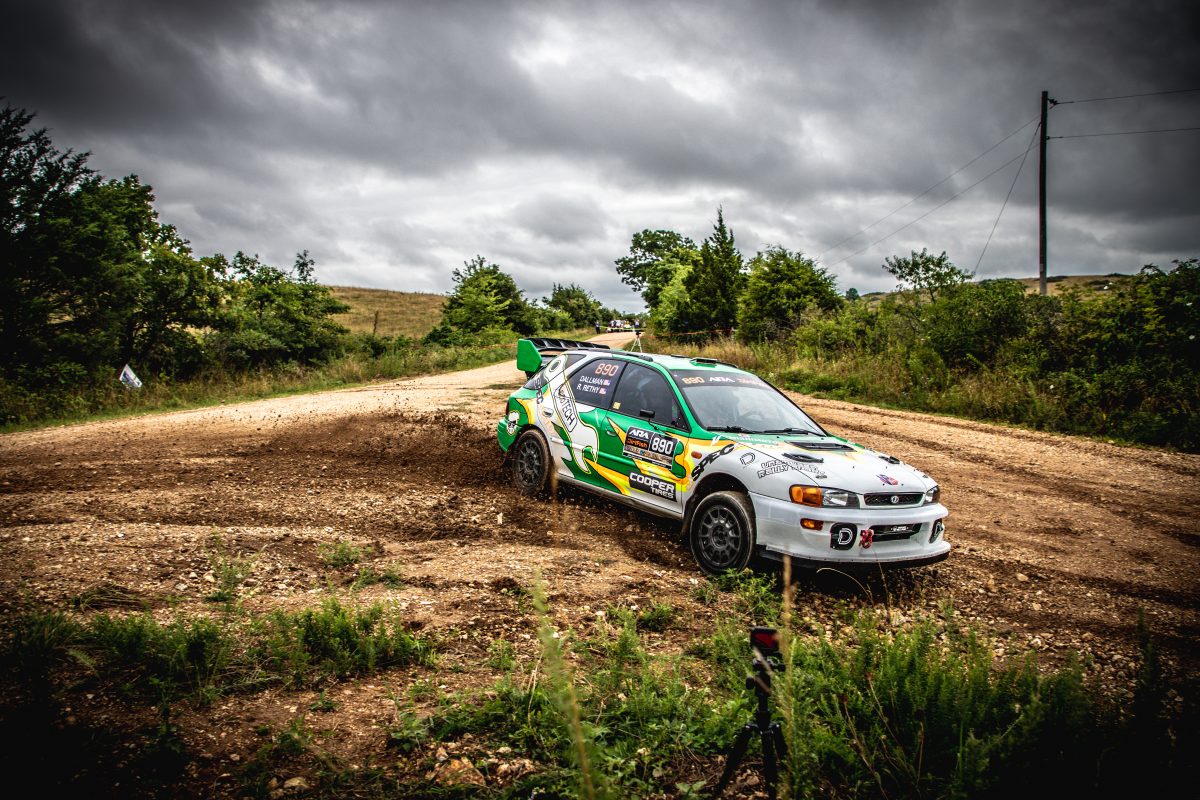 Texas County was the location for the Missouri Ozark Rally 2022 on Saturday, July 30. Drivers and their cars gathered at the Texas County Fairgrounds that morning to start the competition. Fifteen cars competed, with one withdrawn before the race. Eight of those finished the route, and the #890 car, with driver Ryan Rethy and co-driver James Dallman, finished with the best time.

Rethy also finished second in the Rally in the 100 Acre Wood held in Dent County earlier this year. The St. Louis driver and co-driver finished ahead of second place brothers Travis and Kendal Clark, of Dixon and Fayette, respectively, and third place Kelsey Stephens of Edwardsville, Ill., and Zachary Goldstein, of Clarkston, Mich.

Spectators were allowed to greet the drivers Saturday morning at the Texas County Fairgrounds, and a spectator point was established along the course, as well. Drivers returned to the fairgrounds after the race for an awards ceremony.

All of the drivers competing Saturday were U.S. drivers, as compared to the 100 Acre Wood Rally, which attracts international drivers as well. Most were regional drivers, with many from the St. Louis area. Three races are held annually in Missouri, including the Show-Me Rally in November in Potosi.

Subaru Imprezas appeared to be the choice of drivers at the Missouri Ozark Rally, with five entered in the competition, including Rethy’s. The only Audi finished second, and the third place car was one of two BMW’s in the race.

Organizer Kim DeMotte, President of the 100AW Performance Rally Group, reported more than 70 volunteers participated in making the race a success, and most of them were from outside the area. Participants and volunteers spread out to several locations in different towns for lodging, food, gas and other necessities during their stay. DeMotte expressed that the intent was to benefit businesses throughout the county.