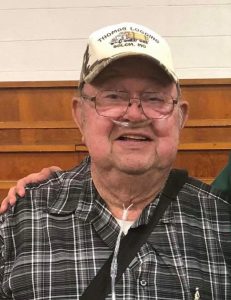 Francis “Frank” Arthur Mace passed away August 11 at his home in Edgar Springs, Mo. He was born March 24, 1943, to Marvin and Alma (Melton) Mace of Edgar Springs.

Frank’s wishes were to be cremated. Memorial service will be a family dinner at the family farm at a later date.