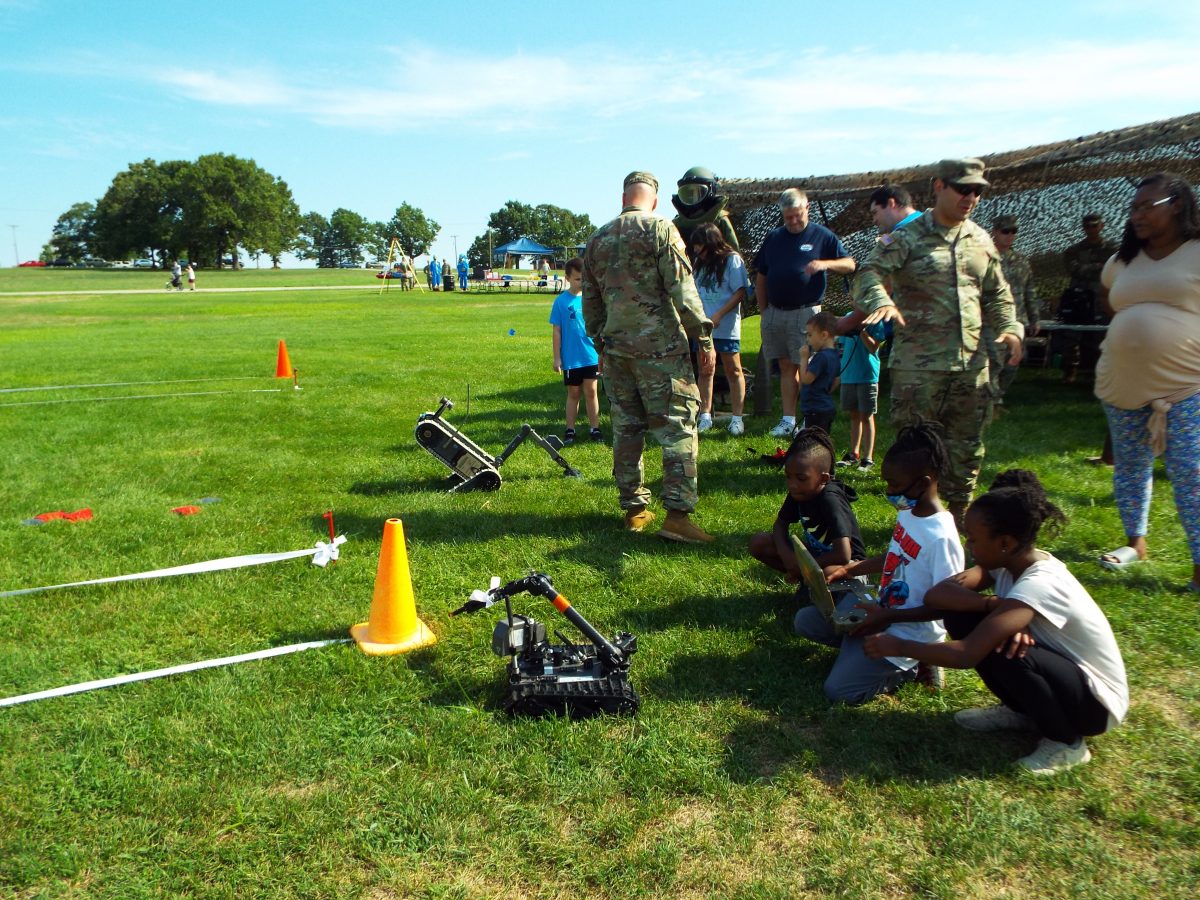 Photos by Christy Porter
Visitors of all ages were invited and participated at Fort Leonard Wood’s “Meet Your Army” event held Saturday at Gammon Field. 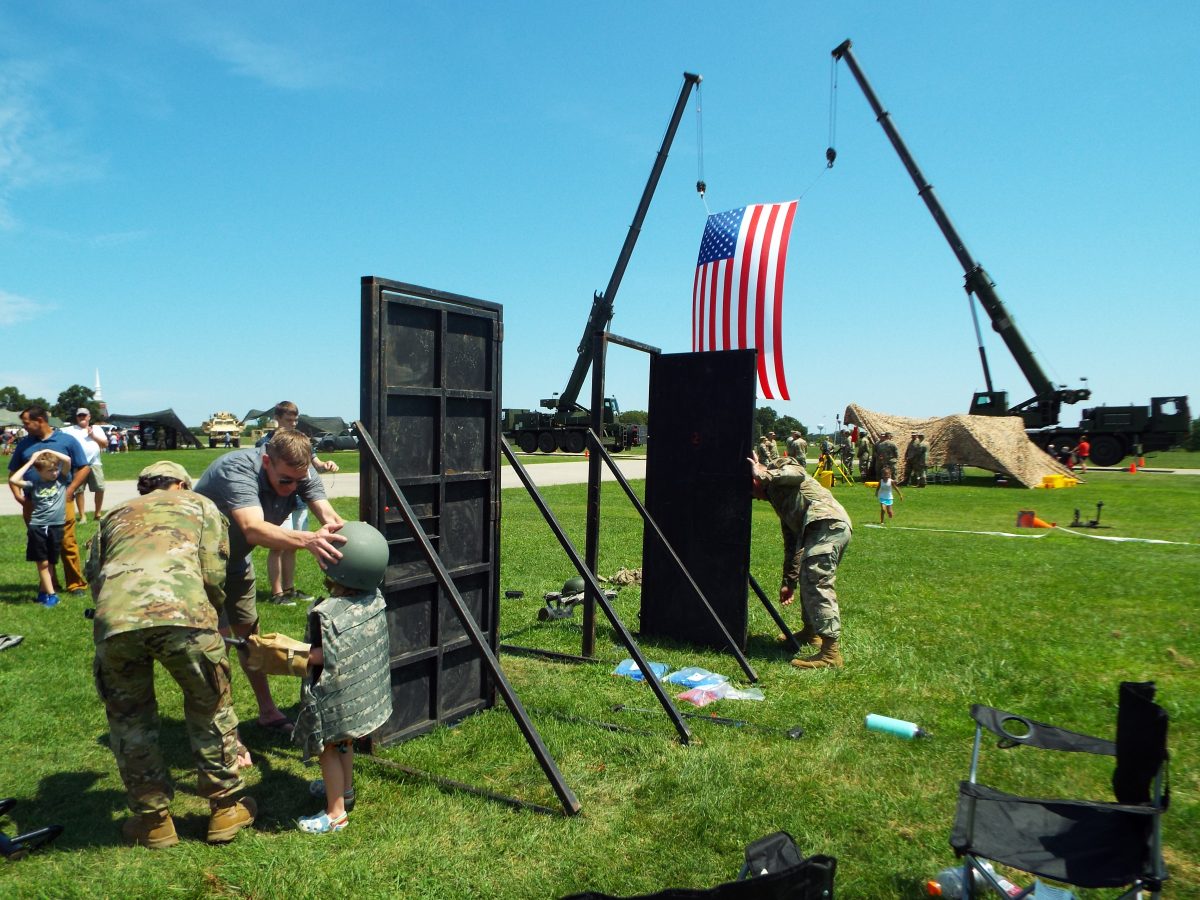 Fort Leonard Wood hosted “Meet Your Army” day Saturday, August 13, on Gammon Field. The gates were opened for a day full of informative activities that the public and 80 students from the Missouri Military Academy were invited to view and participate in.

An event of this scope has not taken place on the post in more than 20 years.

Maj. Gen. James Bonner, MSCoE and Fort Leonard Wood commanding general, was very excited about the event and having the public learn more about the Army post and its many functions, “This is your army,” he stated.

Demonstrations included the Military Working Dogs by Military Police Soldiers, with 14 dogs, 16 handlers and one officer on post trained in patrol, bomb detection and narcotic detection. The Special Reaction Team explained their responsibilities and training in hostage and terrorist situations.

A steady flow of young and old tried their hand with a battering ram and pry bar at the breach and movement techniques station, hosted by the Engineer Soldiers, and Sensitive Site Exploitation by Chemical Soldiers.

Hands-on robotics used in bomb detection, removal and disposal, and in safety and assistance were appreciated and enjoyed by many visitors. A larger specialized vehicle that detects and identifies chemical, biological and radiological hazards on the battlefield was also on display.

Surveying was demonstrated and explained; it can critically affect maneuvers and decisions in battlefield situations.

Medical personnel using human and canine mannequins demonstrated “on the field” procedures to care for soldiers, stabilize them and move them to higher levels of care as needed. The Public Health Department explained how they participate in environmental health, industrial health and inspection services of both food and water. And with a Travel Medical Clinic, they help ensure a healthy population on post as well as in the surrounding counties.

Military vehicles, cranes, a pontoon boat, weaponry and equipment were available for exploration and instruction.

The barracks were opened for visitors to see what “home” is for our Soldiers, and they were shown the correct way of making a bed.

The U.S. Army’s level of expertise, training and commitment was better understood by the public through the demonstrations of the professionals at Saturday’s “Meet Your Army” event. Fort Leonard Wood is an all encompassing community in and of itself, but its expertise is far reaching throughout the U.S. and the world.