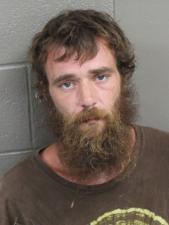 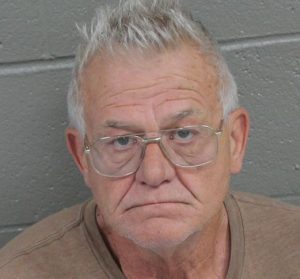 On August 22, at about 12:44 a.m., Central Communications was notified of an unresponsive female at a residence in the 19000 Block of Private Drive 6536 near Beulah, Mo. Deputies arrived at the residence a short time later and determined that Vanessa Lee Bradfield, age 40, was deceased.

Investigators from the Sheriff’s Department responded, and the death was determined to be suspicious. A person of interest was quickly developed. Deputies, assisted by the Missouri State Highway Patrol, Missouri Department of Conservation, and the Federal Bureau of Investigation, began an exhaustive search for Bradfield’s boyfriend, Michael Douglas Billingsley, age 37.

On August 22, at about 9:40 a.m., deputies arrested Douglas Wayne Billingsley, age 66, of Exline, IA. Douglas Billingsley is the father of Michael Billingsley and was arrested for and later charged with Tampering with Evidence in a Felony Proceeding. He posted a $20,000 bond and was released on Tuesday, August 23.

New information regarding the death of Vanessa Lee Bradfield developed on August 23, and an amended Probable Cause Statement was submitted for Felony Murder, Domestic Assault, and Abandonment of a Corpse. The new charges are expected to be filed on Wednesday, August 24.

The charges for which Michael and Douglas Billingsley were arrested are merely accusations and are not evidence of guilt. Evidence supporting the charges must be presented before a court of competent jurisdiction whose duty is to determine guilt or innocence.

A Beulah man, Michael Billingsley, was arrested Monday, August 22, 2022, for first degree involuntary manslaughter and abandonment of a corpse in the death of Vanessa Bradfield, also of Beulah.

The Phelps County Sheriff’s Department responded in the early morning hours of Monday, August 22, 2022, to a report of a death on property in the Cedar Ridge Ranch area off of Highway K near Beulah. Upon arrival, they discovered a deceased woman on the property.

The probable cause statement indicates Billingsley, age 37, was romantically involved with the woman and cohabited with her. He was found on a neighbor’s property to where he had fled, and was arrested.

The statement gives Billingsley’s explanation of events, which began with an argument Sunday evening, August 21, during which he struck the woman and she fell to the ground. He left her there and returned to their residence to take a nap for about an hour. Billingsley reported awakening and returning to look for her, finding her near where she had fallen. He alleges he attempted CPR, which was unsuccessful, then returned to the residence to cook for the victim’s two juvenile children in a celebration of life for their mother. Billingsley then fled the scene and left the children at the residence due to having an active warrant out for his arrest. He failed to call for medical assistance for Bradfield.

The woman has been identified by Phelps County Coroner Ernie Coverdell as Vanessa Bradfield, 40, and her body has been transported to Springfield, Mo., for an autopsy.

These charges are merely accusations and are not evidence of guilt. Evidence supporting the charges must be presented before a court of competent jurisdiction whose duty is to determine guilt or innocence.